A few months back, we called out skincare company Frank Body over their cosmetic product ‘Send Nudes’. The product, a lip and cheek tint, features the image of a naked backside with the phrase 'Send Nudes'.

A group of teenage girls had approached the company about the product which they felt normalised and legitimised the sexual harassment they encountered on a daily basis, included being hounded by boys to send nude images of themselves. They called on Frank Body to change the name of the product.

Frank Body dismissed the girls’ concerns, but noted their brand was a “celebration of all women” and claimed their social media content “encourages positive self-image”. They concluded, “Frank Body is all about empowering, never objectifying, women.”

We’ve had a close look at Frank Body’s social media content, and we have to disagree.

Sexual objectification occurs when a woman is treated as a body, or a series of body parts, for others’ (men’s) use and consumption, or when her physical attributes and sexual capabilities are regarded as representative of her whole self or seen as determining her worth. 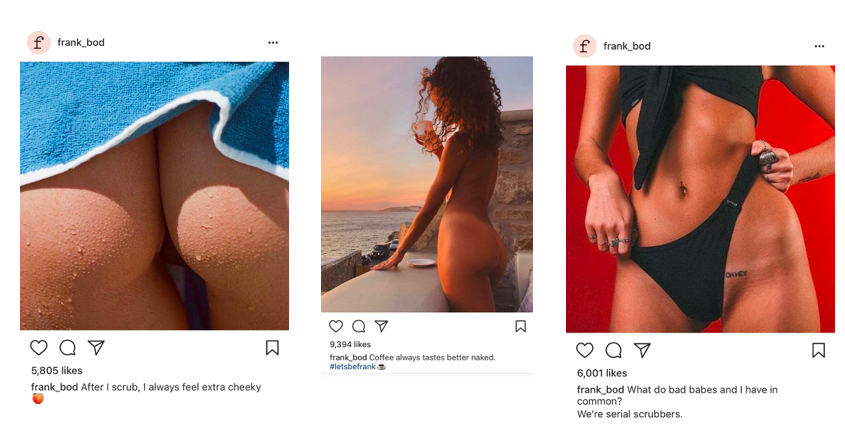 Frequent posts on Frank Body’s Instagram account include sexually objectifying imagery of women, from images of women without clothing, of women’s bodies without heads or faces, and even just women’s fragmented body parts depicted in isolation. This is what sexual objectification looks like.

The Headless Women in Hollywood Project documents the sexist practice of “fragmenting, fetishising and dehumanising images of women”, and explains why this sexually objectifying treatment of women is harmful:

“By decapitating the woman, or fragmenting her body into decontextualised sexual parts, she becomes an unquestionably passive object to the male gaze. The question of her consent is removed completely alongside her head, and her purpose becomes solely that of being looked at by men obediently. Her value is that only of her sexual appeal to men, and not of her personhood.” In depicting a woman without a head, she is stripped of personhood, and becomes merely a sexualised body.

Frank Body claims to "never" objectify women, and that they are "all about" empowering women. But reducing women to object status is the opposite of empowerment. As Dr Meagan Tyler said:

If Frank Body wants to empower women, they need to seriously reevaluate their marketing strategy that heavily relies on the sexual objectification of women, and sleazy double entendres referencing getting dirty, getting naked and getting whipped. 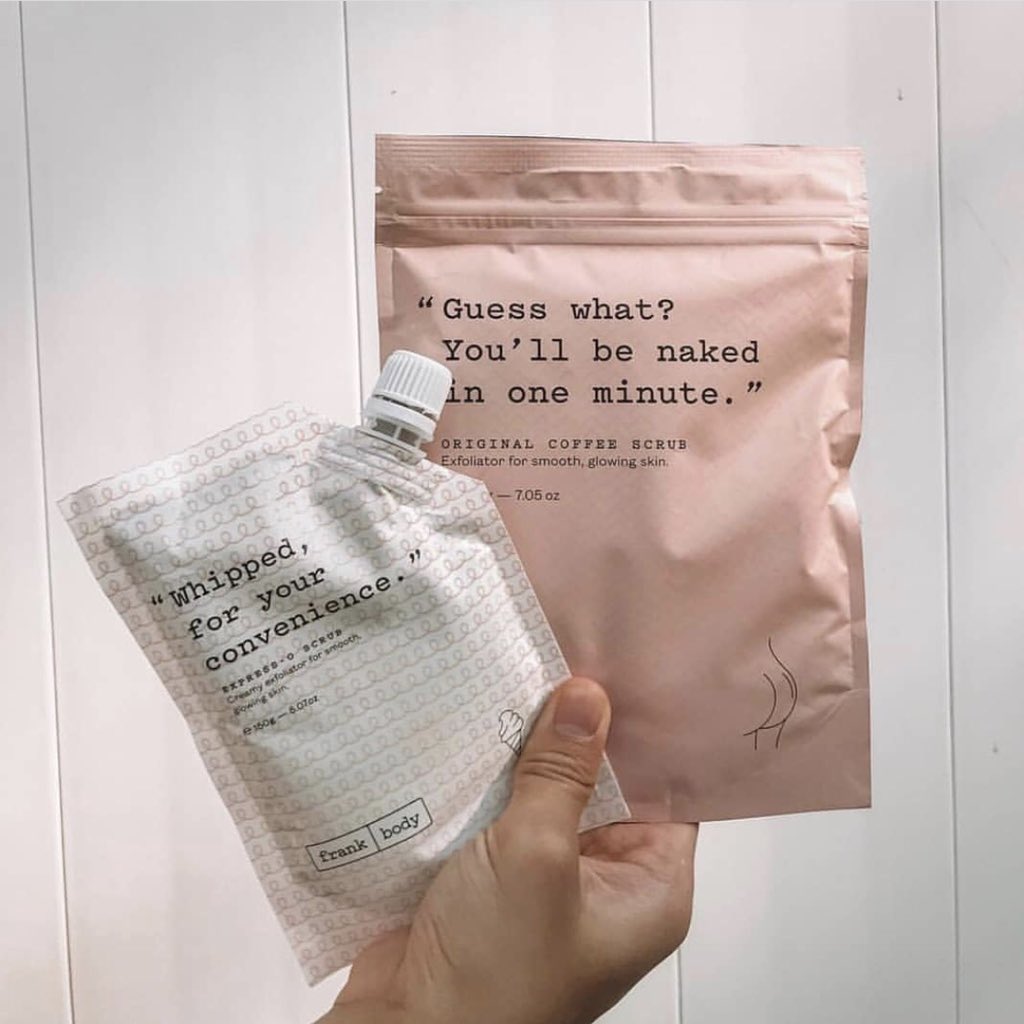 We've written to Mecca, Australian stockists of Frank Body, asking them to withdraw the 'Send Nudes' cosmetics. These products have been given significant promotional space in Mecca Maxima stores. Mecca's promotion of Frank Body 'Send Nudes' products undermines Mecca's advocacy for women through their M-Power programs. You can read our letter here.