You can help us fight things like this - Sign up to Collective Shout: for a world free of sexploitation here. 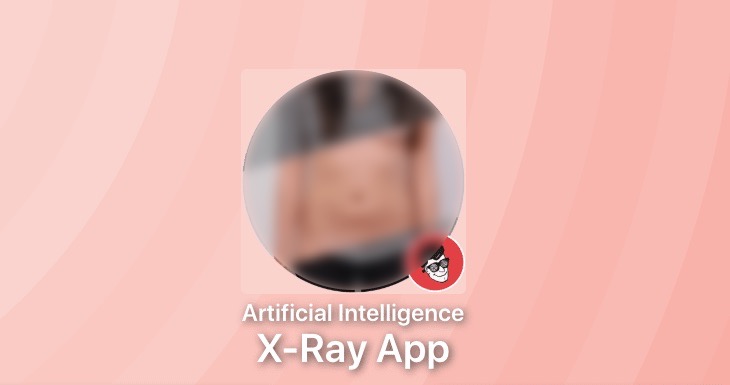 Triple J reported that the app called 'Deepnude,' which could render images of clothed women, but not men, into fake nude images had been available for several months. After an article appeared in tech website 'Motherboard' the surge of interest caused the developers site to crash. This led to the developer pulling the app, citing the potential for abuse.

This is an odd statement to make given that the abuse - which is also a crime - always occurs when the app is used exactly as intended.

"We created this project for user's [sic] entertainment a few months ago," the app's Twitter account tweeted on Friday morning.

"We thought we were selling a few sales every month in a controlled manner. We never never thought it would become viral." 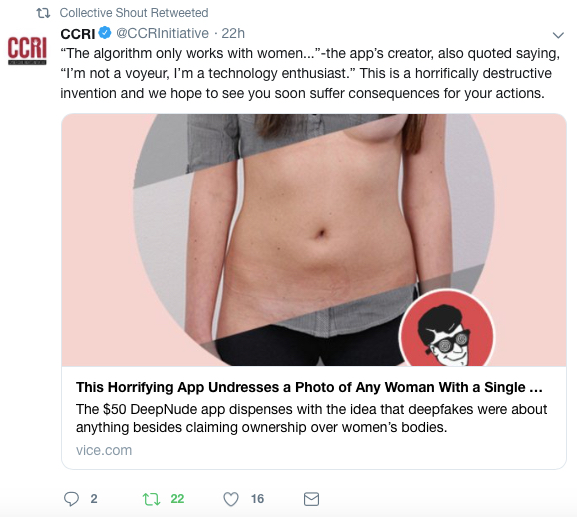 As reported in Triple J, using this app to create fake nude images amounts to image based abuse. This is a crime.

Placing a person's face onto a nude body and then showing this to others is image-based abuse. Since May last year, it's been illegal in New South Wales - punishable by up to three years jail and an $11,000 fine. South Australia, the ACT and WA have followed suit, while in Victoria it could come under the criminal offence of image-based sexual abuse.

A culture of sexual objectification harms women - you can help us change it. Sign up to Collective Shout today