Last year, Diva, the jewellery and accessories store popular with teenage girls, began selling Playboy branded jewellery. Amid public outcry, we began a campaign calling on Diva to remove Playboy items from sale. This included our change.org petition that received a total of 8,428 signatures in a matter of weeks, personally delivered to Diva stores around the country.

Other than advising staff not to accept the petition, Diva made no statement as they quietly removed Playboy merchandise and had them returned to Head Office, no longer found in stores.

However, in recent months, we have received reports that Playboy jewellery has been popping up again in some Diva stores. Collective Shout supporter Deanne  found that her ten year old daughter had unknowingly purchased a Playboy necklace from Diva. As posted on our Facebook page:

The argument that it's everywhere doesn't cut it. My daughter could have seen this on someone older and been oblivious to the context, but in not only making it avail to purchase, but specifically targeting her age group, Diva has forced my ten year old to face the fact that not only do people want to overtly sexualise her, but they want to pornify her.

One of our Victoria State Coordinators, Lisa Taylor, made a phone call to the Greensborough store to enquire about Playboy jewellery for sale. She was given a list of available items and told they were on sale, three for $15. 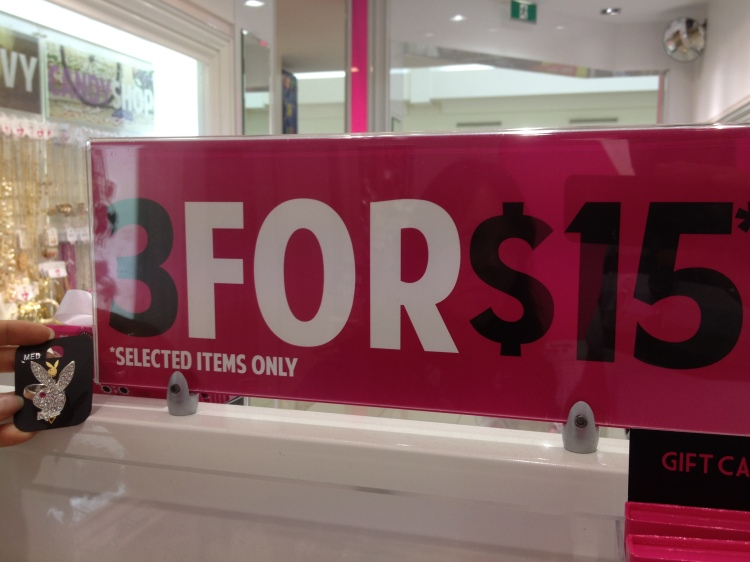 Lisa and Calvin Taylor (also State Coordinator in Victoria) then visited their local store, and found Playboy items sold next to Disney merchandise. The shop assistant informed them that Playboy were "their best-selling items" and that staff were made to wear them during shifts as a promotional tactic. Read Calvin's blog post here. 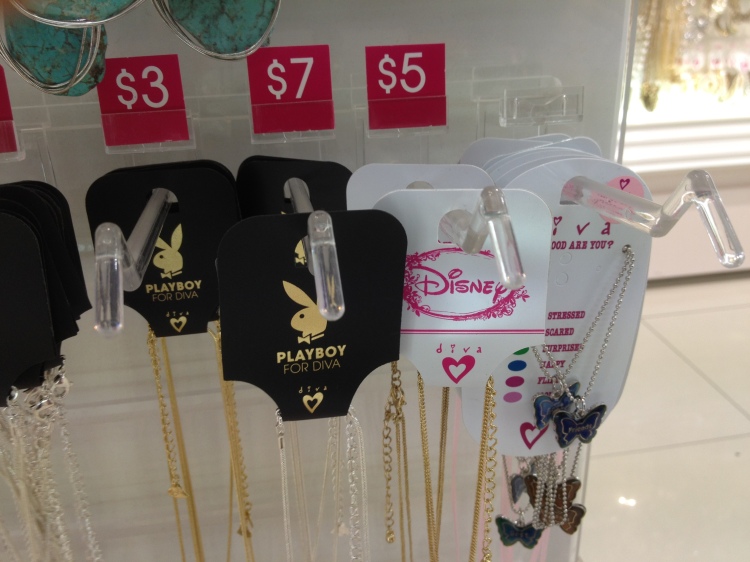 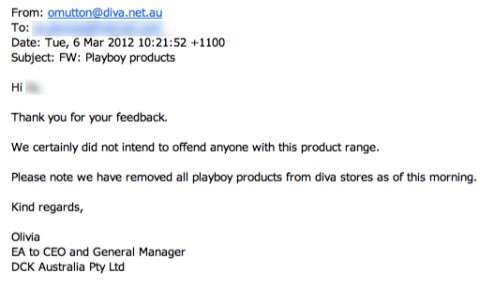 This raised a number of questions, the main one being - are they telling the truth? As it turns out, we already have our answer. Two days after Diva sent this email in response to complaints, Caitlin Roper visited her local store. No Playboy jewellery to be seen on shelves, but when Caitlin asked the shop assistant about the range, she opened up a cabinet and pulled them out, offering them  for sale. Playboy products still feature on Diva's website.

Diva are back to selling Playboy products, but this time from behind the counter.

Vote with your dollar, don't shop at Diva.