Honey Birdette has been ordered to remove objectifying ads in a recent ASB ruling: 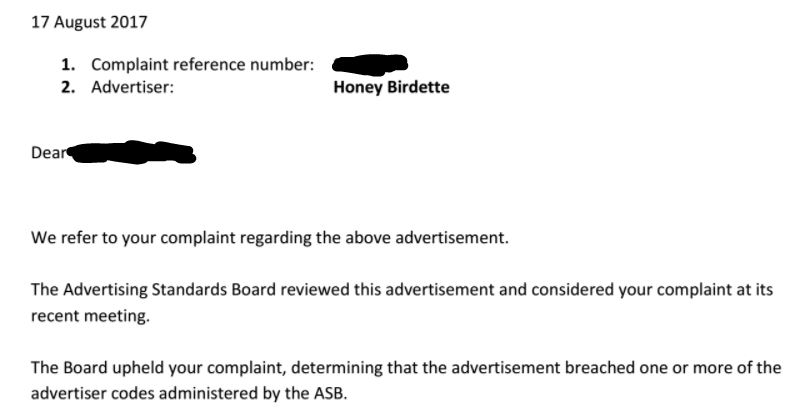 Overall, in the ASB's view, the advertisement did breach Section 2.4 of the Code which states that "Advertising or Marketing Communications shall treat sex, sexuality and nudity with sensitivity to the relevant audience. Finding that Honey Birdette's advertisement did breach this section of the code, the ABS upheld the complaints that it received.

In another related win, The Adelaide Advertiser has reported that Rundle Mall Myer Centre manager Peter Lee has told Honey Birdette that their shopping centre will not allow these ads. Mr Lee has said: 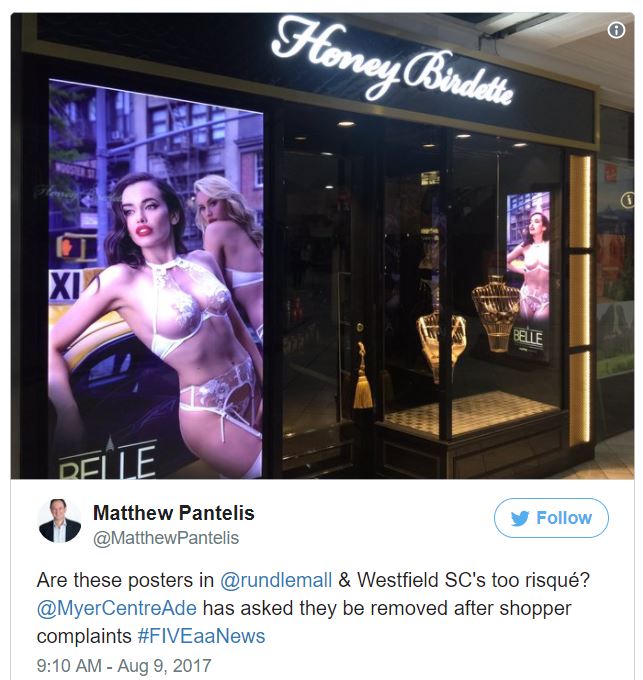 Adelaide City councillor Phil Martin said he believed people should be able to consume what they wished, however, the image did objectify women. Mr Martin stated:

“There is the matter of causing offence in public places and I can see that that image has the potential, it shouldn’t be posted outside the store where it may offend. There is public standards and this probably is a little over the line"

Honey Birdette’s store manager is still standing by their stance that they, in fact, haven't received any complaints yet in 2016 they were one of the most complained about company, the Advertising Standards Board received 59 complaints!