As reported in the Sydney Morning Herald:

NSW Police have confirmed they are investigating a sexual assault at a gig where US rapper Tyler, the Creator was performing.

A NSW Police spokesman confirmed it was investigating a sexual assault report made by a woman during a concert at the Enmore Theatre on Thursday night. He said no formal statement had been taken yet.

Police are also investigating a tirade against blogger and campaigner Talitha Stone at the Sydney concert and a Twitter campaign against Ms Stone through Tyler’s 1.7 million followers.

Ms Stone, 24, of Sydney, told Fairfax Media that when she made her complaint to Newtown police on Friday, she was told police were already investigating a ‘‘sexual assault’’ of a woman at the same concert.

Despite the online threats to women, the verbal tirade and reports of an actual sexual assault at the Sydney gig, the Eatons Hill Hotel refused to cancel the all ages show:

Robert Comiskey, part-owner Eatons Hill Hotel, told Fairfax Media he met with Collective Shout representatives and told them he could not cancel the gig.

‘‘I informed them we are a venue for hire and that the Frontier Touring Company had hired the venue,’’ Mr Comiskey said.

He said Frontier Touring hired the venue regularly and it was not informed which act would perform.

‘‘We don’t have anything to do with the artists, we just hire it out. I don’t really get to pay any mind to the artists,’’ he said.

Yet Eatons Hill Management had endorsed the all-ages event on its website:

“We are thrilled to have our venue chosen for the only Brisbane Show!”
“To have such a recognised US Hip Hop Gig perform live, it is very exciting!”

This marketing email from the Eatons Hill Hotel is quite detailed for an uninformed venue: 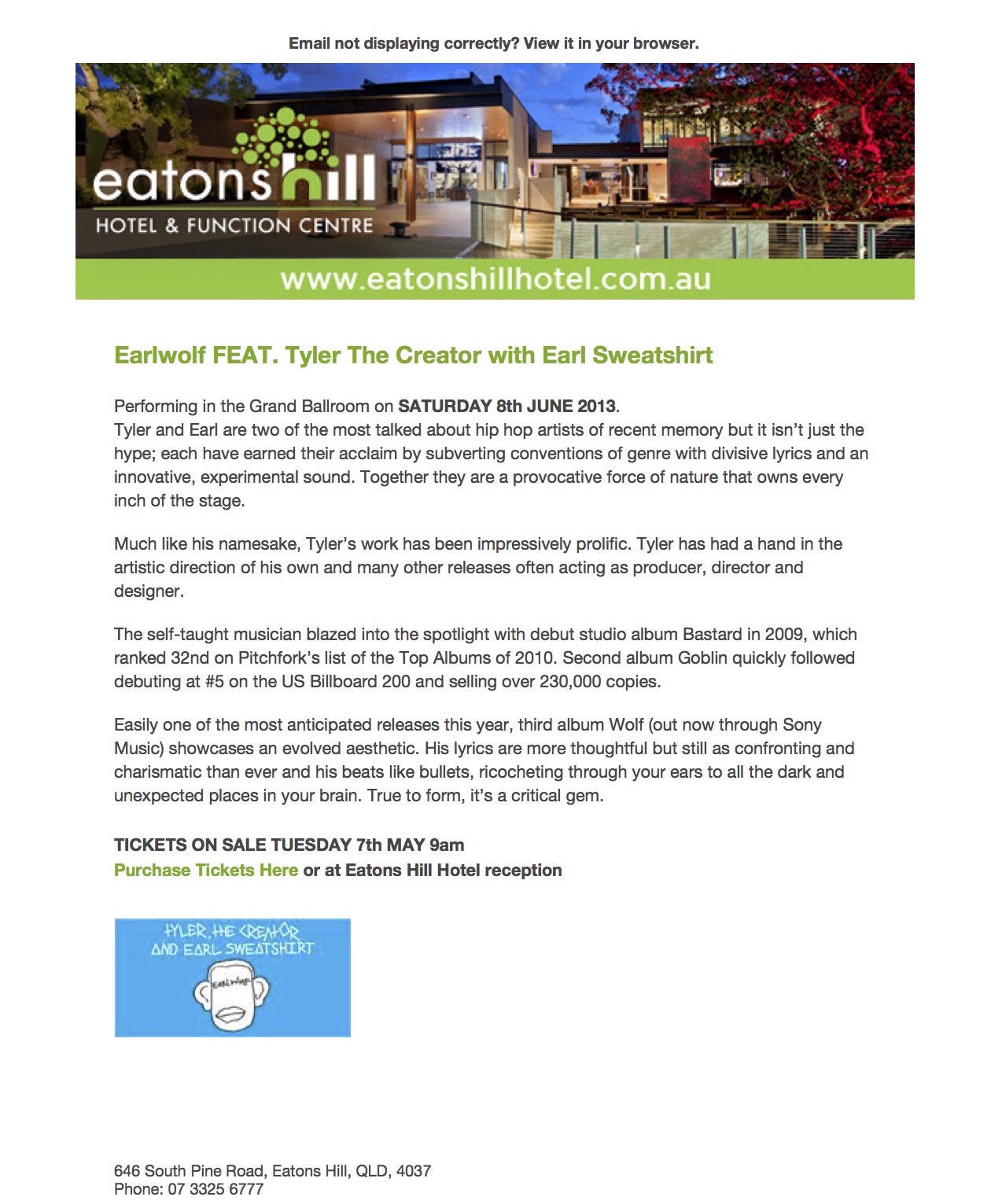 Parents considering sending children to an 'all-ages' show at the Eatons Hill Hotel might want to think twice: 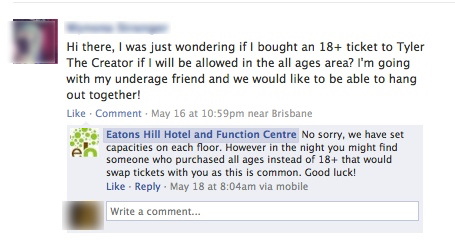