So you won't be surprised to hear about more Etsy hypocrisy.

Recently CEO Josh Silverman took to the corporate blog to condemn racism and grandstand about Etsy's efforts to help the Asian American community. Etsy was quick to jump on the #StopAsianHate bandwagon following the murder of eight people in Atlanta - among them six Asian women employed at massage parlours. (The gunman apparently targeted Asian women in the sex trade - read more here.) 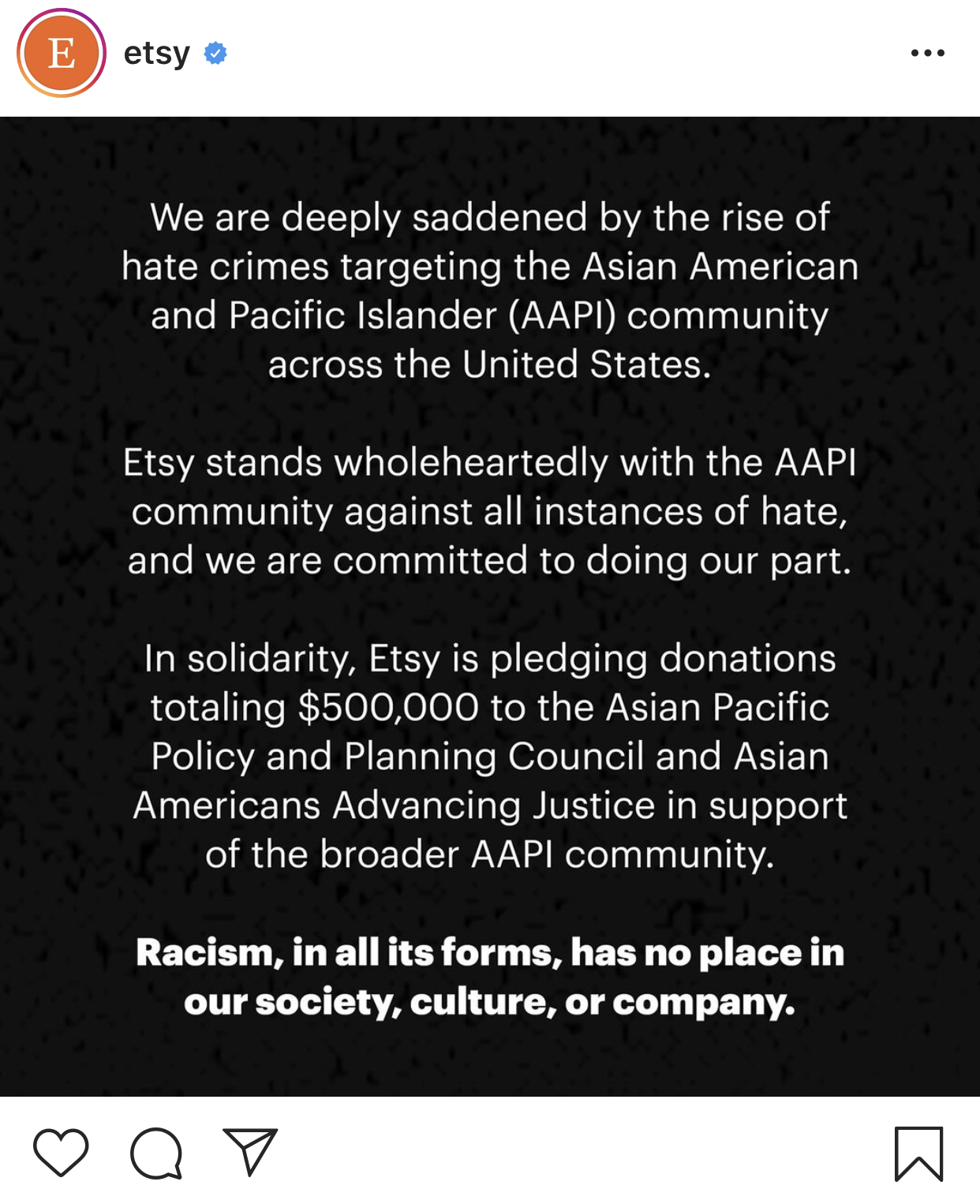 While we welcome corporate action aimed at stopping human rights abuses - particularly those with such devastating implications for women - we couldn't help noticing Etsy's hypocrisy: Claiming it has 'zero tolerance for hate' while profiting from racialised misogyny of the worst kind! While selling child sexual abuse material - replica 'Asian girl' mouths sold as sex toys for men - and an array of other porn-themed products demeaning to Asian women.

Are we really expected to believe Etsy's claim that there's 'no place for racism' in its company while it promotes and profits from the idea that Asian women and girls exist for men's sexual gratification?

In a separate display of double standards, on International Women’s Day last month, Silverman boasted about Etsy giving women an ‘on-ramp’ to business and said ‘there’s no better time to celebrate and uplift women’. Meanwhile, we've continued to document how Etsy degrades women, eroticises their abuse, and profits.

Anna Cordell, head of the change.org petition calling on Etsy's corporate heads to stop selling incest and child abuse themed merch had this to say in a recent update:

It's time for Etsy to exercise corporate social responsibility and stop selling merch which trivialises the abuse of women and girls.

‘Asian girl’ - is there anything Etsy won’t sell for profit?