For the sake of girls, ban sexist ads

"I want girls to stop being treated as walking Barbie dolls."

That's the frank answer a 10-year-old girl gave when asked what one change she wants to see in the world. She's not alone. 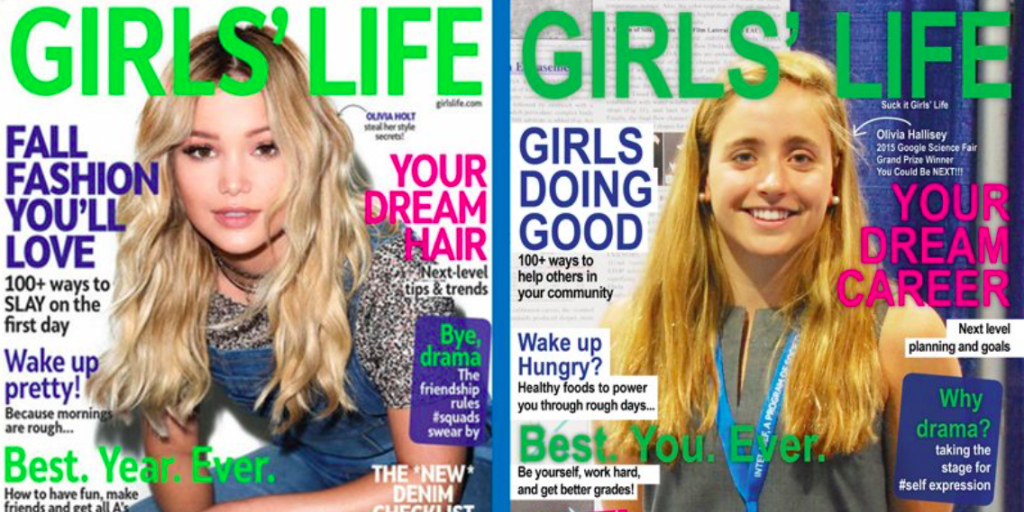 Today is the International Day of the Girl and Jacqueline Rousselot, 17, a Plan International Australia youth ambassador has written about her experiences and insights for The Age.

"Of 1750 Australian girls Plan International Australia surveyed for International Day of the Girl (which is Wednesday), 93 per cent said they felt it would be easier to succeed in life if they were not judged on their appearance.

One in five girls in Australia now suffer from a diagnosed mental health condition and the most common is anxiety.

Is it any wonder, when you consider we are bombarded with messages to be just so: our make-up must be perfect, our skin flawless, waists thin and legs long and hairless, face contorted into the perfect smile – not too much skin on show (slut), nor too much covered up (tomboy, prude).

From toddlers, we're told we're pretty, while boys are told they're clever. Articles in girls' magazines give advice on hairstyles and colours that match our eyes, in stark contrast to media boys consume, which celebrates their spirit of adventure and curiosity.

Nearly every girlfriend I have has a long list of things she wants to change about herself. I don't know any boys with a list like this. Why? Because boys haven't received messages their whole lives that their worth is determined by their appearance.

Unrealistic representation of beauty is a big problem for girls and it's getting worse."

Rousselot argues that our government must do better for girls:

"To ease the insane pressure placed on girls, governments and media standards bodies must create restrictions on – or even better, ban – Photoshopping of women and overtly sexist advertising.

Europe has cottoned on to it and is making positive changes to protect girls from unrealistic body and beauty standards. In France, images of models must now carry a disclaimer if they have been digitally altered.

There are even changes afoot in the United States. Last week, Getty Images, one of the largest image distributors in the world, ruled that any image submitted to them cannot be retouched to alter body shape.

Earlier this year, the United Kingdom banned sexist advertising. Melbourne City Council commendably ran a campaign to "dob in" a sexist ad, but has stopped short of a ban."

You can read the full article in The Age, here.

Join Collective Shout today and partner with us as we move to improve advertising standards!