Fresh One under fire for pornographic coffee ads

Fresh One’s ads included sexually objectifying images of women’s bodies alongside demeaning slogans, as well as images of simulated sex acts.  The ‘About’ section on their Facebook page reads:

Grind me, bathe me in hot steamy water, moisten me with cream if you must. Have it your way, any way, a mouthful of my beans will leave you in ecstasy.

Hundreds of Facebook users posted their objections to the objectifying and degrading content, arguing that such blatant sexism was alienating women as well as men who respect women, and threatening to boycott. Over the course of the week, Fresh One’s star rating went from five stars to one and a half stars, after which Fresh One disabled the review application. 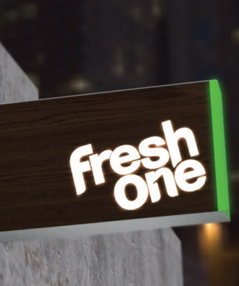 “Aside from a desire to stand out from competitive providers, we believe that coffee culture goes far deeper. The Fresh One is about an approach to life, its about living to 100%, challenging the status quo! It is important to note that it has not been at any time nor will be in the future the intention of Fresh One to degrade, sexualize or objectify any person, gender or cultural group…. Whilst we can appreciate a person’s right to express their ultra conservative views we vehemently defend our right to promote our brand in the evocative and gregarious way we do.” (Bold added.)

“[Fresh One] seem to be under the impression that reducing women to objects for men’s use is new and edgy, “challenging the status quo”.

Criticism of Fresh One’s outdated and misogynistic advertising is not “ultra-conservative”. It’s progressive. If Fresh One believes using sexually objectifying and porn-inspired images of women’s bodies to sell coffee is acceptable in this day and age, they are ultra-conservative.

Fresh One, is your product so poor that misogyny was the only way you could think of to divert attention from it?”

Fresh One responded further by deleting comments and banning users who had made complaints.

Make an official complaint to the Advertising Standards Bureau.