We say get rid of it altogether

Collective Shout supporters have been blogging on our website and speaking out on our Facebook page about the General Pants Co. advertisements and promotions for new Ksubi line titled 'Sex and Fashion.' As usual, when 'sex' is used as a marketing tool it is women who are stripped down naked and objectified for men's gratification. General Pants Co. have even used keyhole imagery giving the impression of the viewer 'spying' on naked women. 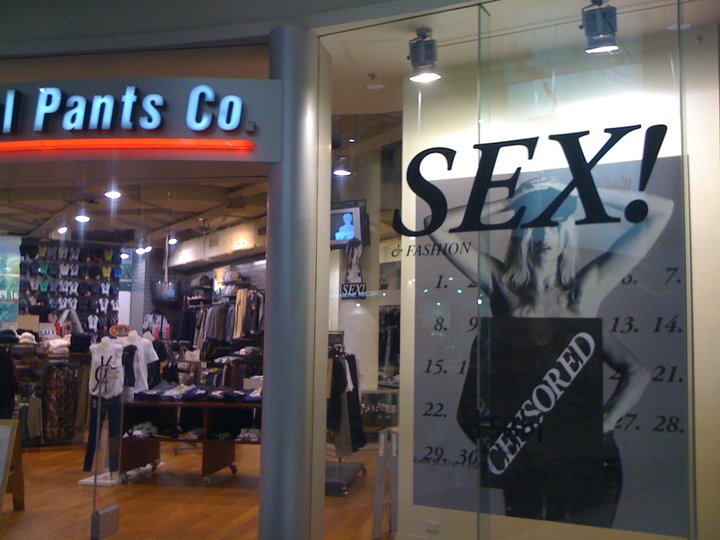 Marianne also told us about promotions taking place in a shopping centre in Sydney where real life models with only electrical tape covering their breasts were posed in shop front windows.

We do not believe the 'censorship' of this ad campaign is really a sincere response to complaints.  Having the word 'censored' plastered across your advertising implies that you're controversial, edgy, rebellious and off limits. Who do you think that will appeal to? You guessed it - teenagers, who happen to be their target market. This move capitalises on the controversy they have created and was probably part of the original plan.

A serious demonstration of corporate responsibility would involve removing the offending advertisements immediately, rather than telling those who complained on Sunday that the ad would be censored 'on Tuesday.' Better yet, corporate responsibility involves being proactive in your approach to marketing and not objectifying women in the first place.

Melinda Tankard Reist spoke about this issue on the Morning Show

Let General Pants Co. know what you think of their sexist advertising campaign. Contact them here

If you see these posters in your local shopping centre, contact centre management and tell them why you won't be shopping there

You might also consider contacting other retailers surrounding General Pants Co. and letting them know why you're avoiding that section of the shopping centre, or not visiting the centre at all.

Contact the Advertising Standards Board to make a complaint.

As usual, please let us know what action you take and any responses you receive.

Thank you to our Collective Shout supporters for alerting us to this issue and providing information via our community page.