We're not feeling it

Girlfriend Magazine is described as "Australia’s number one teen magazine brand, with a brand community of over 2.3 million teens." Its target market is teen girls aged 14-17, although we know anecdotally that the magazine is read by girls younger than this.

GQ on the other hand, is a sexist mens magazine that routinely publishes sexualised photos of naked and near naked women.

The short article that Girlfriend promoted on social media presents Kardashian as a role model to look up to. Her posing naked for GQ is framed as an act of bravery and an example of the ideal woman.

Kourtney Kardashian is one hot mumma, and she's not afraid to show it!

Kourtney ditched her clothing for an entirely stripped down photoshoot with GQ Mexico, and we're completely obsessed.

Little sister Khloe had a major fangirl moment too, posting an unseen of Kourtney lying naked on the floor.

"♔ How do you look this fire Queen @kourtneykardash ?!?! You are stunning sister, especially in @gqmexico ! ♔" she wrote. (bold ours)

The article was published with a naked side profile photo of Kardashian cupping her breast and another photo of her lying on the ground.

"They interviewed a pornographer called Joanna Angel, and she said, “The girls these days, they just seem to come to the set porn-ready.” What does that mean?“

Teen girls are under enormous pressure from boys to send naked photos of themselves. We know this because this is what they tell us. The demand on girls to send sexual photos is a pressing social problem that puts young people at risk. The esafety office, developed to address online safety and image based abuse advises teens that "sexting can have serious social and legal consequences".

What is girlfriend saying about posing naked for mens entertainment? "Go girl." 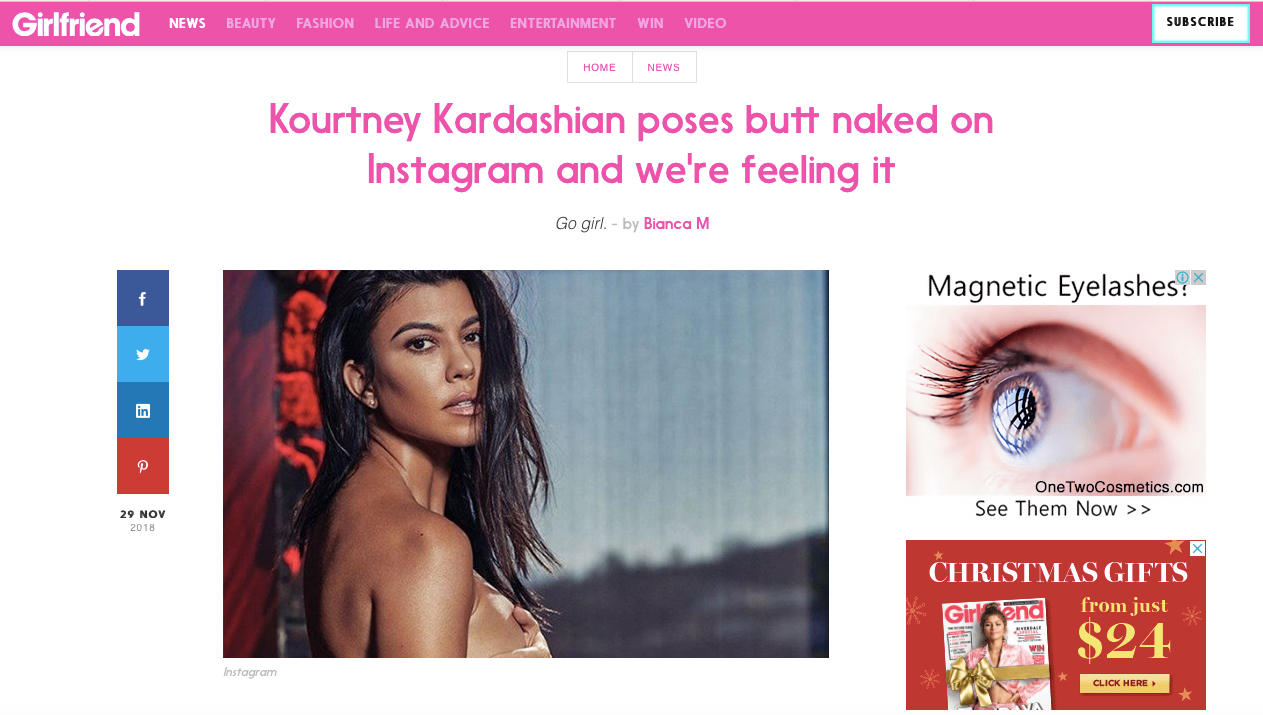 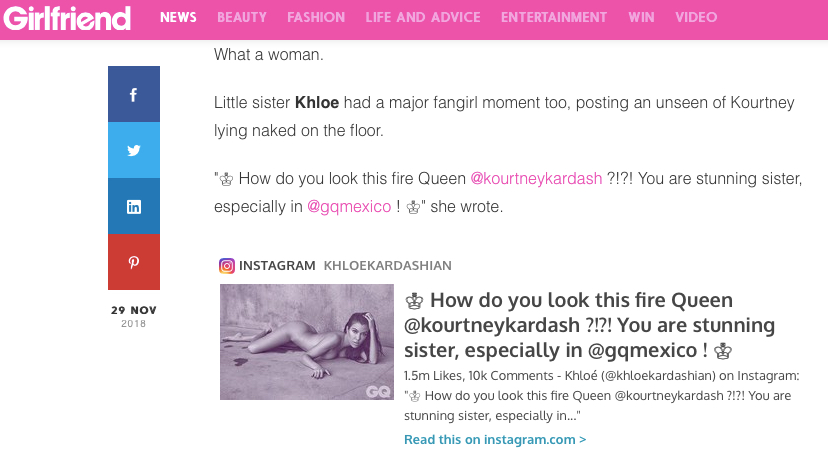