Last month, the House of Representatives Standing Committee on Social Policy and Legal Affairs released their report in response to the Inquiry into family, domestic and sexual violence. The purpose of the inquiry was to reflect on the effectiveness of the National Plan to reduce violence against women and their children 2010 – 2022 and for the Committee to make recommendations (of which there are 88) for the next National Plan.

The report called for a whole of society response to family, domestic and sexual violence, and noted:

It is clear that the National Plan has not achieved its objective of a significant and sustained reduction in violence against women and their children. 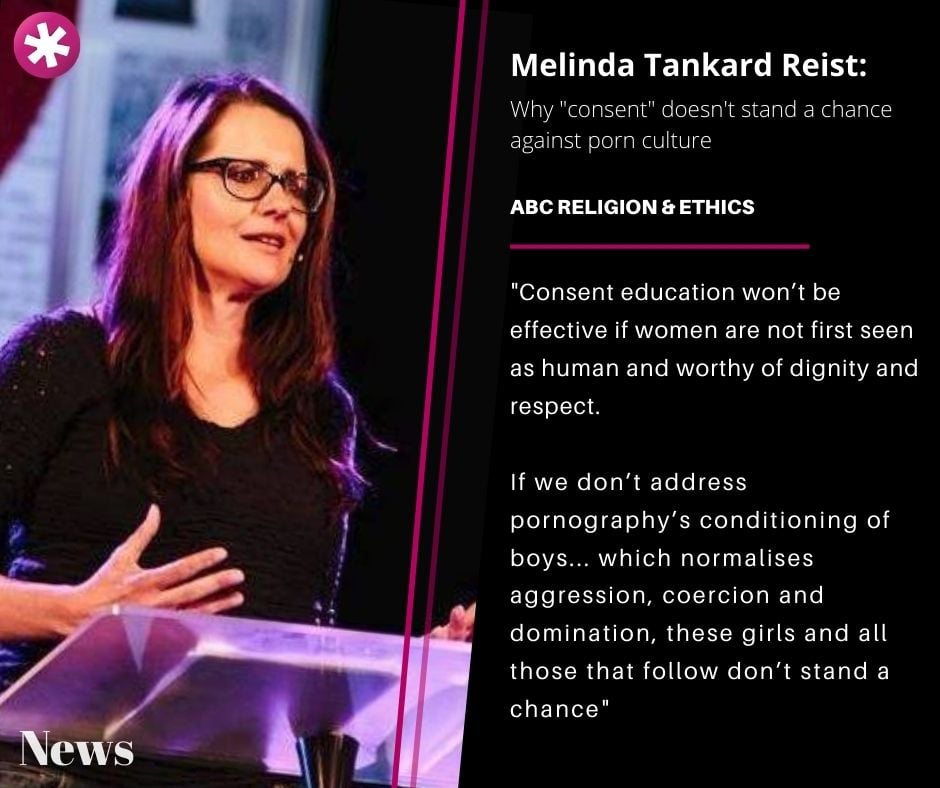 The impact of pornography is only briefly mentioned in the report, for the first time on page 224. The Committee cites the “dangers of easily accessible pornography and its correlation with the prevalence of FDSV, particularly with respect to children”, and recommends:

The Committee also notes they are awaiting the Australian Government’s response to the Protecting the age of Innocence, Report of the Inquiry into age verification for online wagering and online pornography.

Need to address gender inequality and disrespect as drivers of violence

Recognising that the principal drivers of family, domestic and sexual violence are gender inequality and stereotypical attitudes towards gender roles, characteristics and behaviour, together with disrespect of girls and women, the Committee recommends that the Australian Government consider establishing a gender equality strategy.

In our Collective Shout submission to the Inquiry, we wrote that it is inconsistent to aim to reduce men’s violence through addressing gender inequality, while the objectification and sexualisation of women in advertising, marketing, media and pornography continue to undermine progress toward achieving desired goals.

We made 18 recommendations, including that the Committee acknowledge the role of pornography and sexual objectification in violence against women and children, implement an advertising regulatory system that can enforce rulings and issue financial penalties to companies that sexualise and objectify women in advertising and marketing, support age verification to prevent children’s exposure to pornography and more.

Read our submission in full here.