Honey Birdette - the sex shop masquerading as a high end lingerie store in major shopping centres, has once again shown exactly why it has been featured on our annual "Crossed Off" list for several years. 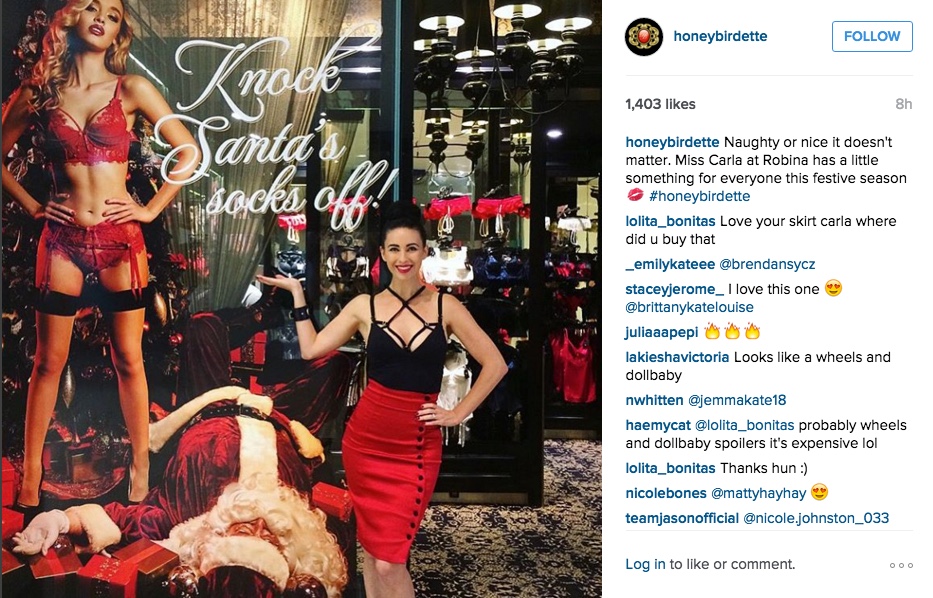 It is difficult to know what goes through the minds of those who decide to use a beloved childhood icon to advertise a sex shop, or why the shopping centres where these stores are located allow this. 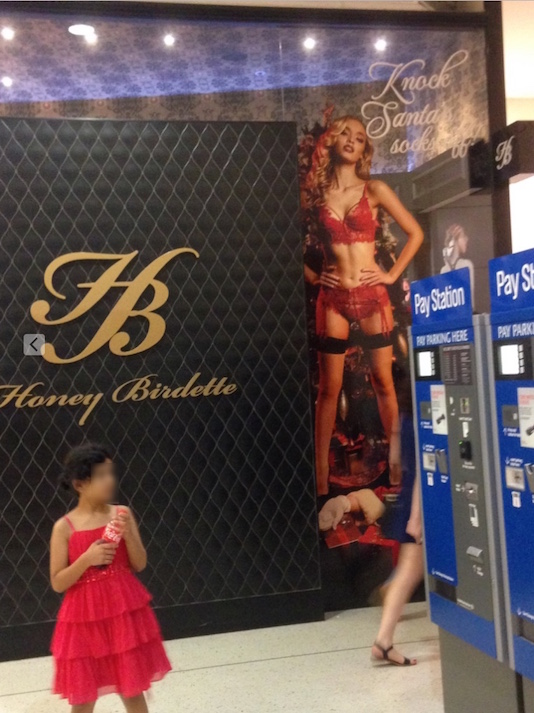 Do children need to be thinking about why Santa is passed out? Do they need to absorb this idea that Santa really likes hot sexy women in lingerie?

Even more perplexing - does Honey Birdette think women are sexually attracted to Santa Claus? (or - spoiler warning for those children at heart...men who dress up as Santa Claus?) This may be the case considering previous years shop window displays.

Why is Santa tied up? 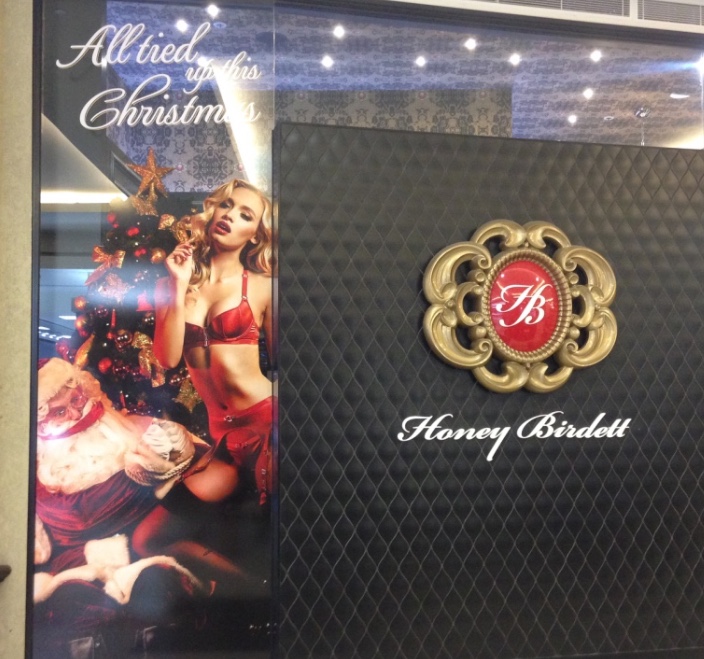 Honey Birdette may think this is just a joke. But they've been telling the same joke year after year. Its not funny, its weird and its harmful.  Along with the rest of the advertising they produce throughout the year - floor to ceiling pornified images of women - this has consequences for women and girls.

Sexualisation and sexual objectification of women poses a threat to the health and well-being of women and girls.

Research on the sexualisation of girls shows that exposure to sexualised images of women is linked with low self-esteem, negative mood and depressive symptoms in girls and young women. Exposure to narrow representations of female beauty has been associated with disordered eating attitudes and symptoms. See: http://www.apa.org/pi/women/programs/girls/report.aspx

A 2014 Flinders University study found that little girls are now adopting potentially sexualised behaviours usually associated with teenage girls and that one quarter of girls aged 8-10 are concerned about how they look.

Should we be surprised when images like this form the wallpaper of major shopping centres, not just at Christmas but all year round? 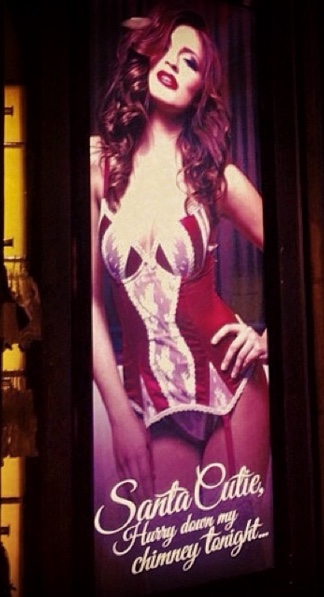 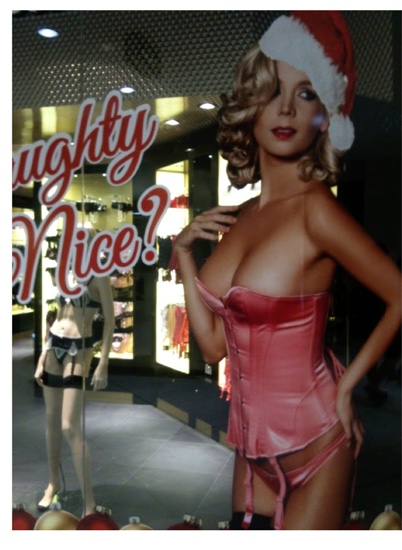 Collective Shout receives a lot of mail and messages about Honey Birdette. People have complained to the Ad Standards Board, to Centre management of the shopping centres they occupy and to their local council. The store continues to exploit loop holes in legislation around sex shops and takes advantage of a weak ad industry self-regulation system.

A number of people who have contacted us report being told "you're the first person to have complained about this." We believe that in many cases, this is a lie. However, its also quite possible that people don't know where to complain or become so disillusioned when their complaints are knocked back, they simply don't bother again.

We need to keep pushing through the knock-backs. They're inevitable, but so are the victories if we push forward together.

You'll hear us say this often because it is true - your voice makes a difference. Your voice - and the thousands of other voices who join you - is how we win campaigns and bring about cultural change.

Here's how to Take Action!

Click here to submit a complaint to the Ad Standards Board 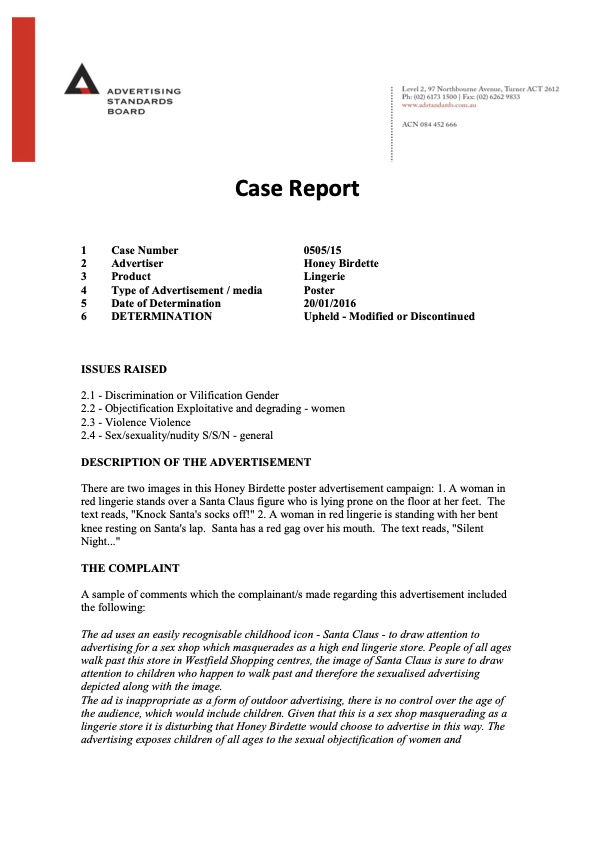