Honey Birdette’s porn-themed advertising should therefore come as no surprise. Despite the Advertising Standards Bureau upholding complaints (more here) about their massive window front advertising, including an image of a woman in lingerie with tape over her nipples, the sex shop refused to remove the ad. 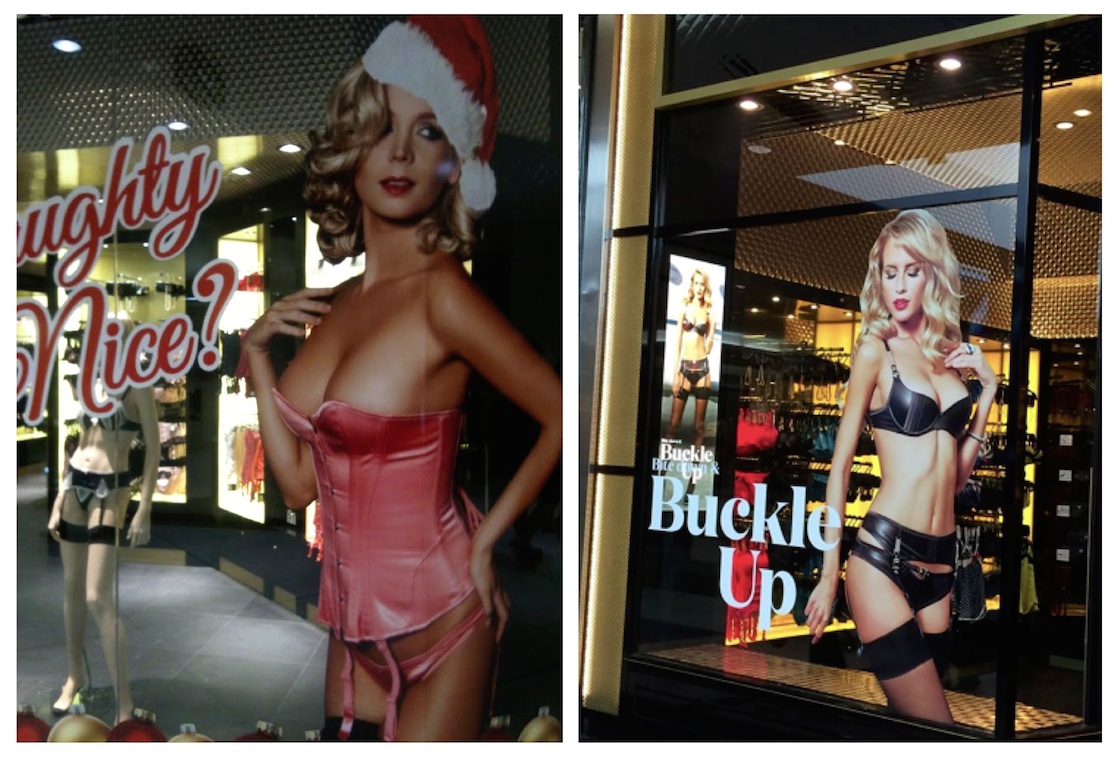 The acceptance of sex shops like Honey Birdette in family shopping centres raise a whole range of questions. Are minors allowed to enter the store? Are there age restrictions on purchasing sex toys and pornography? How much of their floor space is dedicated to sex toys? Can they sell hardcore pornography? Can the stores be located next to children’s retailers or play centres?

As Fiona Patten, chief executive of Eros, Australia’s peak sex industry body said, “If you look at the definition of an adult store they are definitely an adult store. If it is a suitable location for Honey Birdette, then it is suitable for Club X.”

The Adelaide City Council is currently investigating Honey Birdette for breaching development laws that ban sex shops from busy retail areas and family-friendly precincts. The store reportedly failed to disclose the nature of their shops in making an application and have since been given seven days to remove the sex toys and submit another development application.

Here are some points you could make:

Honey Birdette is a sex shop, and as such they should be required to abide by laws and regulations for sex shops.

The Advertising Standards Bureau has ruled that Honey Birdette’s highly sexualized shop front advertising is in breach of industry codes and standards, yet Honey Birdette have refused to comply with the ruling and did not remove the porn-inspired advertising.