In response to an Instagram post by a former employee, a number of young women shared their own stories of mistreatment, exploitation, sexual harassment and sexual assaults while working at Honey Birdette.

A toxic culture of sexual harassment

One woman claimed that while was working alone in the store, a common practice, a man entered and threatened to rape her. After calling security and later reporting the incident to her area manager, she was told “you just have to be strong.”

Another former staffer alleged that after reporting being corned and assaulted in the store, company founder Eloise Monaghan told her her experience was “laughable.”

One woman claimed she called the area manager for help after her co-employee had been sexually assaulted while alone in the store and was told to make sure it didn’t affect sales for the rest of the day.

Two former staffers alleged that after young woman was sexually assaulted by a man in a WA store, and police requested security camera evidence, head office allegedly told them the cameras were just decoys and not operational. The staffers said this was not the case.

Employees report being required to wear tight clothing, red lipstick and stiletto heels at all times, facing discipline or even termination for “uniform violations”.

Some staff describe the damage to their feet from being forced to wear stilettos for long hours day after day, including bleeding feet, and being left bedridden and unable to walk after. One woman alleged Eloise Monaghan forced her to wear stilettos even with broken bones in her feet.

Some staff objected to the sexist dress code as it resulted in unwanted attention from men. One claimed she was criticised by Monaghan for not having red lipstick on ten minutes before the store opened, and explained she did not wear it until she arrived to avoid unwanted attention. According to the woman, Monaghan told her she should use it to her advantage to bring more customers in. 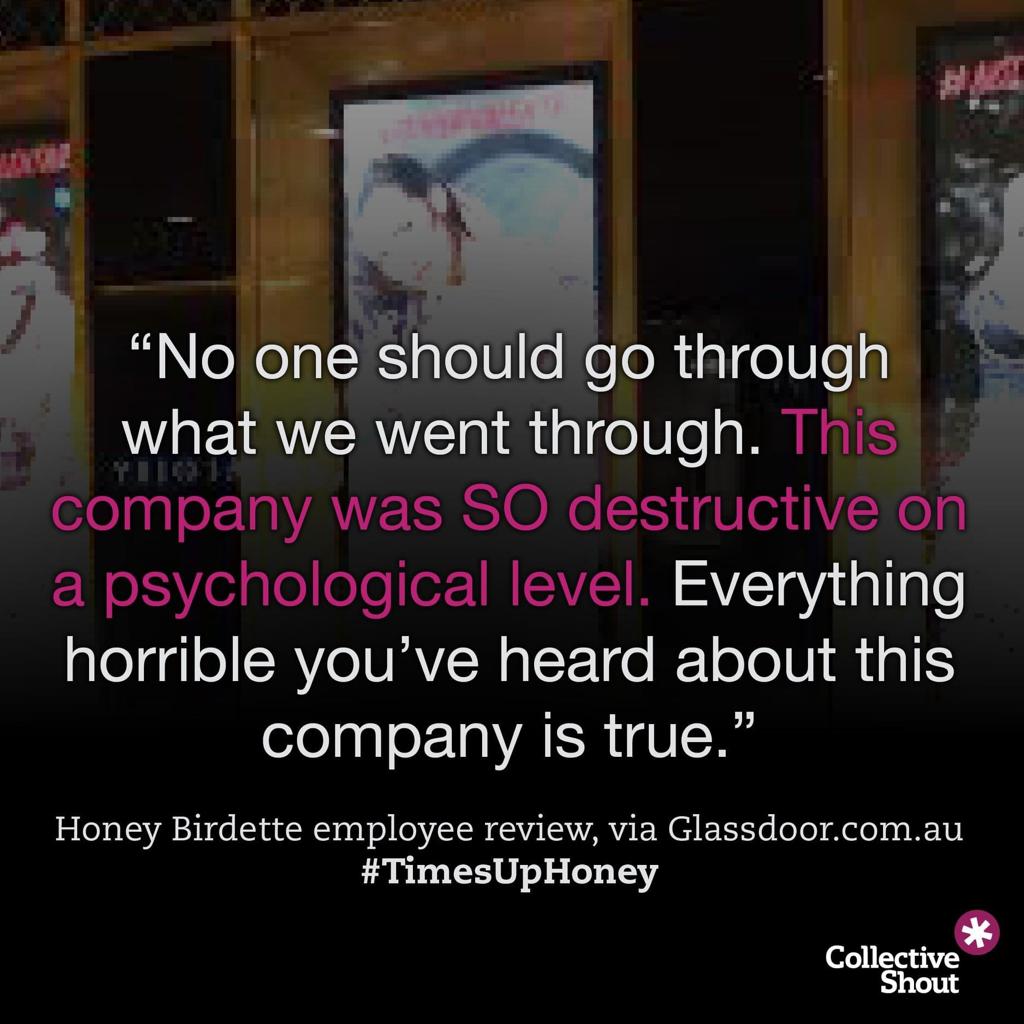 Far from being “empowered”, Honey Birdette employees reported significant damage to their mental health as a result. Some claimed they were being treated for Post-Traumatic Stress Disorder. Others described intense anxiety and resulting weight loss. One alleged workers would run to the bathroom mid-shift to vomit from the stress.

A number of employees said that it was common practice to be rostered on alone, unable to leave the store to go to the toilet because they might miss sales. One former employee claimed that when this was raised with a reporting manager, the manager suggested the employee urinate in a bucket out the back. Another employee alleged a co-worker defecated in a plastic bag in the store room because she was unable to leave the store.

One woman posted on Instagram, “Working for them for 2 years was truly both an emotional rollercoaster and a nightmare, it ruined my mental health and warped my sense of sexuality and body confidence and played a big part in my unhealthy sex addiction by not educating us on what healthy sex looked like.”

Another wrote,“It is like being in an abusive relationship with someone who hits you then tells you they love you.” 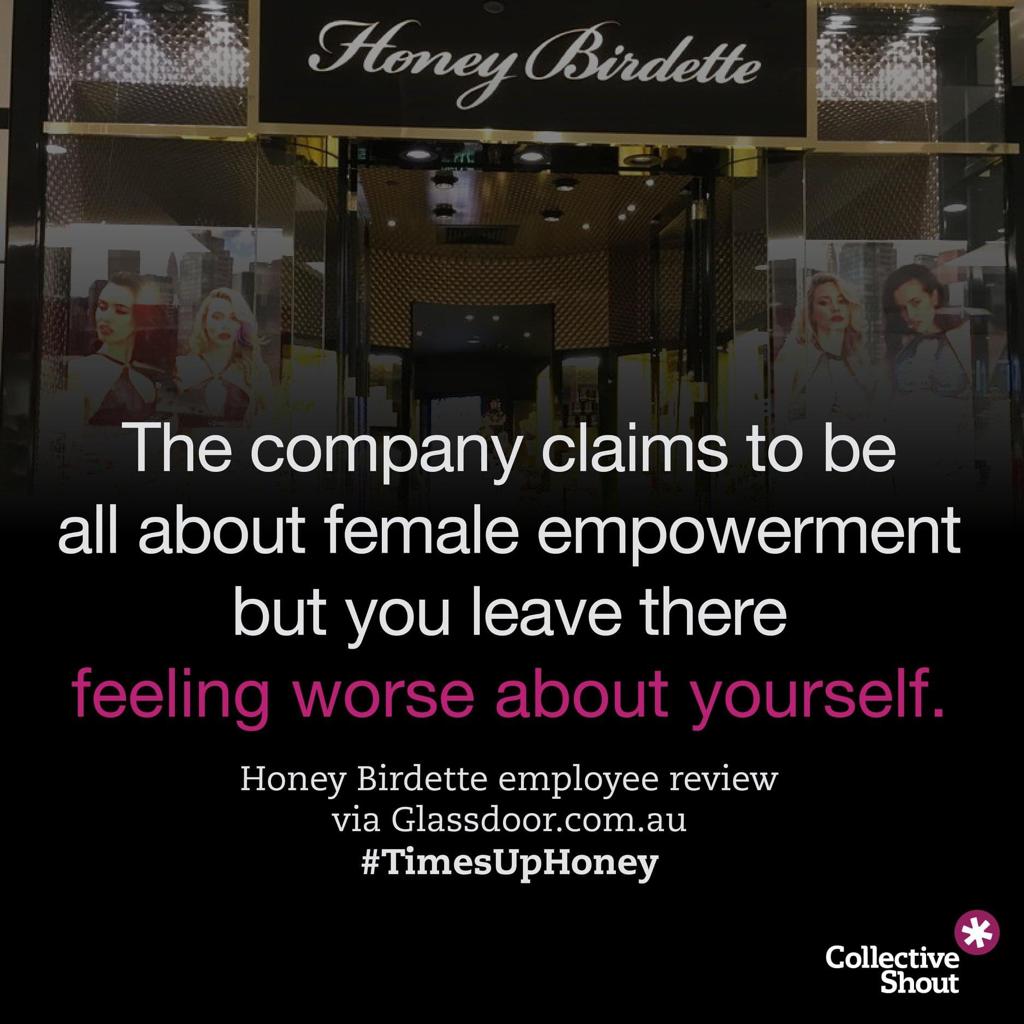 "Empowering women" nothing more than a marketing strategy

Far from the claims of “empowering women”, former employees and models allege a culture of bullying and fat-shaming, as well as disturbing behaviour from founder Eloise Monaghan.

One former employee claimed Monaghan tried to fire her when she wouldn’t get drunk at a work dinner. Another alleged she was subjected to bullying for falling pregnant and throughout her subsequent miscarriage:

I got bullied so hard for falling pregnant and all through my miscarriage. Ms Monaghan herself used to put cigarettes in my mouth and champagne in my hand and say "smoke and drink so I know you're not pregnant".

One former employee claims Monaghan said that the 'MeToo' movement was “a joke” and that women needed to “get over it”.

Another claims she witnessed Monaghan calling a female waitress in LA a “black c***”.

We wonder how long the company can claim to 'empower women' when the weight of evidence to the contrary continues to grow? And how much longer can so-called 'Champions of Change' shopping centre CEOs ignore what is happening in their own centres?