Self confessed pimp “Snoop Dogg” to tour Australia in 2014

A petition has been launched on Change.org calling for the Minister for Immigration Scott Morrison to revoke the visa of US rapper and self-confessed pimp Snoop Dogg aka Snoop Lion aka Calvin Broadus.

Snoop Dogg’s lyrics glorify violence against women. His criminal history reportedly includes drug and weapons posession, voluntary manslaughter, inciting violence and assault. He has reportedly been listed in an affidavit claiming that he and others lured two underage girls to be filmed exposing themselves by offering them marijuana and ecstasy. 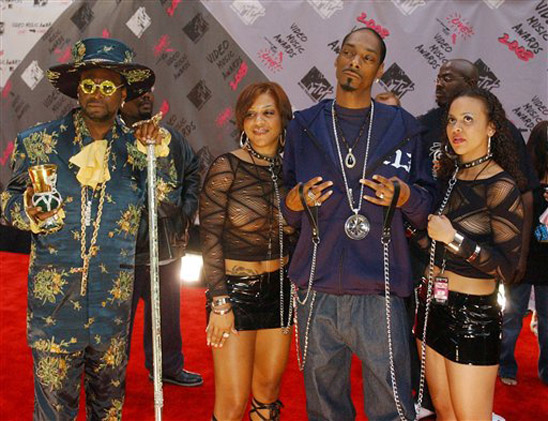 In a 2006 article with Rolling Stone, Snoop Dogg admitted that he was a real-life pimp. During his 2003 US tour – at the height of his stardom – he transported women around the country selling their bodies to athletes and entertainers.

He again discussed his pimping past in another Rolling Stone article earlier this year. The language used to describe the experience reveals that far from being remorseful, he is proud of his contribution to the worldwide problem of trafficking in women and girls:

“I could fire a b*tch, f*ck a b*tch, get a new ho: It was my program. City to city, titty to titty, hotel room to hotel room, athlete to athlete, entertainer to entertainer.”

Collective Shout activist Talitha Stone is calling on you to support the call for the Immigration Minister to revoke Snoop Dogg’s visa.