*TRIGGER WARNING* Graphic descriptions of rape and violence against women

Minister for Immigration and Citizenship, Hon. Brendan O’Connor, revoke visa given to Tyler the Creator.

Rapper ‘Tyler the Creator’ is scheduled to arrive in Australia for a series of concerts beginning on Tuesday 4th of June. Tyler is renowned for his songs advocating rape and extreme violence against women, including murder, genital mutilation, stuffing them into car boots, trapping them in his basement, raping their corpses and burying their bodies. 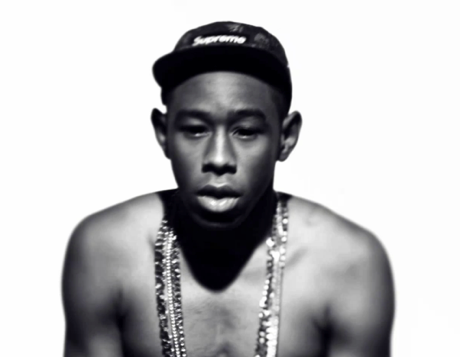 Here are some of his lyrics (WARNING, GRAPHIC)

"Raquel treat me like my father like a f*ckin' stranger, She still don't know I made Sarah to strangle her, Not put her in danger and chop her up in the back of a Wrangler, All because she said no to homecomin'"

"F*ck Mary in her ass.. ha-ha.. yo, I tell her it's my house, give her a tour, In my basement, and keep that bitch locked up in my storage, Rape her and record it, then edit it with more sh*t”

"You already know you're dead, Ironic cause your lipstick is red, of course, I stuff you in the trunk”

"You call this sh*t rape but I think that rape's fun, I just got one request, stop breathin"

"I wanna tie her body up and throw her in my basement, Keep her there, so nobody can wonder where her face went, (Tyler, what you doin'?) Shut the f*ck up, You gon' f*ckin' love me bitch, Sh*t, I don't give a f*ck, your family lookin' for you, wish 'em good luck, Bitch, you tried to play me like a dummy, Now you stuck up in my motherf*ckin' basement all bloody, And I'm f*ckin' your dead body, your coochie all cummy, Lookin' in your dead eyes, what the f*ck you want from me?”

"You'll be down in earth quicker if you diss me tonight, I just wanna drag your lifeless body to the forest, And fornicate with it but that’s because I’m in love with you…c*nt”

Why are we giving rape-is-fun rapper a platform?