In Defence of Healthy Girlhood: a new global marketplace for empowering products for girls

‘A safe haven from the commercialisation and sexualisation of girlhood, a place full of gifts that inspire and enable girls to reach for the stars. A venue that will motivate and support artists, independent producers and businesses to innovate and to explore new products that have the potential to change the world’

One of the many privileges of this work is the inspiring women I’ve met in Australia and globally, who feel the same way on the objectification of women and sexualisation of girls – and are taking action to address it. One of these women is Inês Almeida who I met last year. She is an entrepreneur, activist and business leader who applies her skills in technology, business, strategy and innovation to projects related to the health, wellbeing and education of girls. Until recently she was part of the Global Executive team of a large IT consulting firm. In April she has left the corporate world to focus on TowardTheStars, a global online marketplace focused on empowering gifts for girls. I interviewed Ines ahead of the launch.

Can you tell us your motivation for launching ‘TowardTheStars’ Ines? 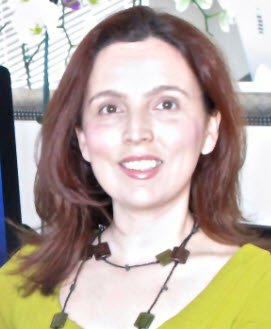 I was born in Portugal in a small town in the Atlantic Coast and have an Engineering degree in Computer Science. For most of my life I have been part of male-dominated environments - my career path led me to roles that are stereotypically associated with men. The ratio of women to men in my university classes was never higher than five percent and things did not improve as I joined the workforce.

I was raised with seven boys - a brother and six cousins. I had a very healthy childhood away from stereotypes and gender limitations, but as soon as I joined the workforce, and especially as I moved into leadership roles, I was faced with self doubt. I was different, the odd one out. First I tried to fit in and be one of the guys, model their style, but that really didn’t work for me. As I matured and gained confidence and experience, I learned to accept myself and to create a leadership style that matched my personality and my strengths.

As I started coaching my fellow female colleagues, I discovered that we shared a lot of common patterns: we struggled with the lack of female role models, we were trying to release ourselves from passive, voiceless female archetypes and we had impossibly high standards, a need to be perfect, congenial and at the same time highly effective. This left little space for risk taking and audacity. Failure of any kind was seem as a catastrophe. It was feared and avoided, and because of that the muscles related to resilience and resourcefulness were not being flexed enough.

Six years ago a little girl came into my life, Ally, two-and-a-half-years-old. She spent weekends with me and I fell in love with her. As I immersed myself in her world and started to look at the world through her eyes, I was at first drawn by the magical world of princesses, Barbies, sparkly dresses and tutus. But as time went by I started becoming more uncomfortable with what I was experiencing. I was looking at the root cause for all my own limiting beliefs; I was looking at the reason why my colleagues struggled to speak up, why women were risk-averse, why girls don’t pursue science, engineering, technology, math, sports and leadership.

Ally was surrounded by toys, books and media that were telling her everyday that her value came from her external appearance. She dreamed of being Snow White, a voiceless passive princess waiting to marry her prince; she wanted to look like Barbie, a doll with impossible proportions. I started noticing that science kits, sports gear and building blocks where placed in the ‘boys’ section of toy stores with boys pictured on the packaging. I came across the horribly sexualized Bratz Dolls and started noticing the sexualized media surrounding Ally.

Ally was my biggest teacher; this was a time when I went through an enormous adjustment of my core values and belief system. I wanted to rebel, for me, for her and for all little girls. I decided to do something about it and started to raise awareness with parents and educators via social media. I created my own ipad app with empowering stories for girls 7Wonderlicious and my community grew to 100,000 people online across several social media channels. This year I decided to leave my corporate executive role in IT to launch TowardTheStars a global online marketplace for empowering gifts for girls.

What are you aims?

My aim is to continue to inspire and motivate a tribe of parents, educators, business leaders, entrepreneurs, activists, artists, craftspeople and loving adults to come together in defence of healthy girlhood.

TowardTheStars will be a safe haven from the commercialisation and sexualisation of girlhood, from the toxic gender stereotypes that dominate marketing, media and products targeted to children and young adults. It will be a place full of gifts that inspire and enable girls to reach for the stars. A venue that will motivate and support artists, independent producers and businesses to innovate and to explore new products that have the potential to change the world.

What kind of products will you be offering? 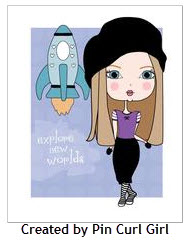 In a world overwhelmed with messages that restrict the definition of girlhood, and tell girls that their value comes from their external appearance, it is imperative to showcase girls who are courageous, strong, bold, determined, accomplished and athletic. Girls who are leaders, scientists, adventurers, politicians and, of course, superheroes. TowardTheStars will be filled with books, media, clothing, games and toys that counter stereotypes, products that tell girls that math and science are “girly” subjects too, that tell her that fixing her bike and saving the day are girls’ activities.

We will also have a huge selection of gender-neutral and eco-friendly products. Clothes that allow our girls to move freely and play in the mud, building blocks, sports gear and so much more.

I am also very excited with our partnerships with not-for-profit organisations and businesses that will use the profits from product sales to support causes related to girls all over the world. My goal in the coming years is to drive as much funding as possible to causes related to the security, education, health and wellbeing of girls in less privileged parts of the world.

How many companies have signed up so far and from what countries?

We have 250 business, independent producers and not-for-profits from all over the world currently signed up to TowardTheStars. At the moment many of our sellers and buyers are based in English speaking countries - US, UK, Australia and Canada - but we are starting to see significant engagement from our large third world economies like India, China and Brazil and also northern European countries.

Are you pleased with the response so far?

I am very pleased with the response! The success of this marketplace is very much dependent on the number of great business that decide to join this movement, and I am delighted with the positive response. We have many businesses and craftspeople creating new products inspired by TowardTheStars, we have artists reaching out to us asking for ideas and suggestions from parents and girls as to what products they would like to see in this marketplace.

Do you think TowardtheStars will send a message to mainstream corporations that many of us who care about girls aren’t satisfied with the limited, sexualised, gender-stereotyped products and services they offer girls? Do you think it could help contribute to the global groundswell for change, demanding corporate social responsibility?

As an idealist, passionate activist and entrepreneur, I am certain of it. I strongly believe in the power of movements when they bring together consumers, like-minded producers and artists. The benefit of this type of venue is that it has the potential for rapid expansion and high visibility online.

With TowardTheStars, businesses create their own shops for free, the combined tribe of sellers generates a lot of buzz for themselves. Every time anyone links to the site or mentions the site online the brand becomes exponentially stronger. Everybody wins.

I know through media literacy work I do on social media via twitter and facebook that consumers are desperate for such products, they just find it very hard to find them. Once TowardTheStars is launched they just need to go to one place, they will vote with their dollars which in turn will give a very clear message to the big corporates in the only language they understand.

When is the launch?

I am working night and day on the launch of TowardTheStars, so that parents can enjoy this venue during their Christmas shopping.

The current plan is to have a beta launch in late September for our passionate online community and then to have a huge media push early November all over the world. I am asking our sellers to set up shop next week.

My medium to long-term plan is to include our boys who are also faced with toxic stereotypes that are as damaging for them and to the women who are, and who will be, part of their lives.

Doing this project on my own is the ultimate endurance sport, but I am enjoying every moment. I am taking a huge risk with TowardTheStars as I left my job and have not been receiving salary for the past five months. I knew the only way I could deliver such a bold project was to focus on it full-time, so I took a leap of faith that will hopefully be the first of many bold leaps in my path to make the world a better place for all our children.