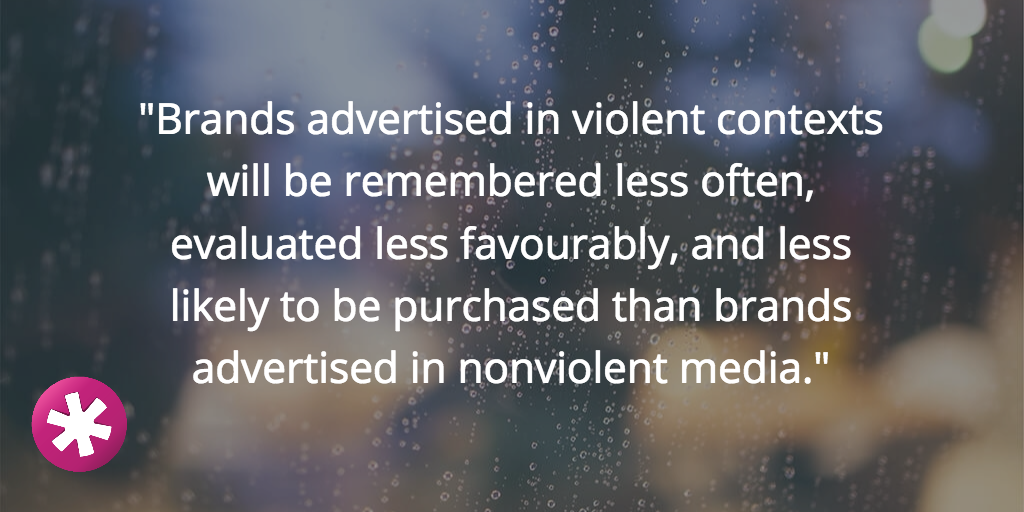 A recent study by the journal Psychological Bulletin is suggesting just that. It's showing that commercials using sex and violence to sell their products just don't work. Co-authored by academics Brad Bushman and Robert Lull, the study examines the way our brains react to images of sex and violence, and how those images prevent the messages from getting through to viewers.

Images of violence and sex actually distract our brains from the point or the message of the advertising, leaving only the visuals and the experience behind. That's not a subliminal trick either, it's just an advertisement missing the mark and the point.

It's the same with commercials that run in slots alongside violent or sexualized TV programming - they're all less effective than other ads that avoid that kind of content. According to Bushman, “It never helps to have violence and sex in commercials.”

“It either hurts, or has no effect at all.”

So what does this mean for advertisers? At its simplest, it means that lazy commercials that feature sex as a selling point instead of focusing on creativity are going to fail.

Agencies who don't listen to that data are going to be doing their clients a disservice, and clients who demand sex will waste their money. This is supported by a wide range of information being uncovered by media researchers, who are focusing on questions around what makes advertising fly or die.

Professor Werner Reinartz, writing for the Harvard Business Review, found that advertisements with more creativity chalked up better audience responses. His research shows that if you break out of lazy advertising patterns, you stand to gain an awful lot.

According to Reinartz, “we were coming from a product sales perspective, to understand if creativity leads to market performance.”

“And it really does. It pays off positively to be creative.”

Looking at the data, it seems as though leaving the tropes and trends of the "sex sells" idea behind is the way to do that.