A Jay Jays representative responded to complaints by stating that future orders for the T-shirts would be cancelled. We questioned whether in-store stock would be binned and were informed Jay Jays would continue to "sell through the remaining stock" (AKA continue to profit off the sexploitation of women's bodies). 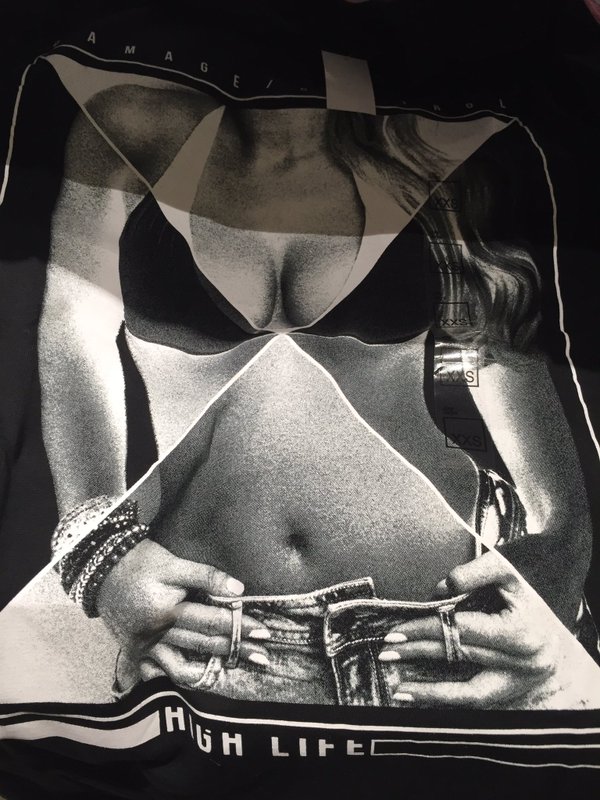 Scroll down to see more tees that Jay Jay's are pushing to young men.

Why is this important?

Sexual objectification has a negative impact on gender equality and women and girls health and well-being. Dr Caroline Heldman described the harms on her blog:

"...women who grow up in a culture with widespread sexual objectification tend to view themselves as objects of desire for others. This internalized sexual objectification has been linked to problems with mental health (e.g., clinical depression, “habitual body monitoring”), eating disorders, body shame, self-worth and life satisfaction, cognitive functioning, motor functioning, sexual dysfunction, access to leadership, and political efficacy."

Collective Shout, Good on You and STOP THE TRAFFIK joined together to speak out against the Just Group for its unethical practices, including questionable supply chains, worker treatment and engaging in the objectification of women for profit:

“We know the damage that ongoing exposure to sexually objectifying media and material does to young people in relation to body image and in undermining healthy psychological and emotional development,” says Coralie Alison, National Director of Operations from Collective Shout: for a world free from sexploitation.

“At a time when we are finally acknowledging the links between sexualisation, objectification and violence against women Jay Jays has to make a stand and dump its pornified tees.” Read the full media release here.