It is hard enough for women to love the skin we're in when we are bombarded daily with advertisements sending us the message we have to be hot, thin and sexy.

Pornified images have become the wallpaper of society and too often the media pushes one single narrow stereotype of how women should look.

Celebrities face an even greater amount of scrutiny, being followed by the paparazzi at every turn, constantly feeling on show and being devoured for simply doing the grocery shopping.

But in a brilliant take down Jennifer Aniston has hit back - penning her own reply to the media on The Huffington Post.

"The objectification and scrutiny we put women through is absurd and disturbing. The way I am portrayed by the media is simply a reflection of how we see and portray women in general, measured against some warped standard of beauty. Sometimes cultural standards just need a different perspective so we can see them for what they really are — a collective acceptance... a subconscious agreement. We are in charge of our agreement.

Little girls everywhere are absorbing our agreement, passive or otherwise. And it begins early. The message that girls are not pretty unless they’re incredibly thin, that they’re not worthy of our attention unless they look like a supermodel or an actress on the cover of a magazine is something we’re all willingly buying into. This conditioning is something girls then carry into womanhood. We use celebrity “news” to perpetuate this dehumanizing view of females, focused solely on one’s physical appearance, which tabloids turn into a sporting event of speculation." 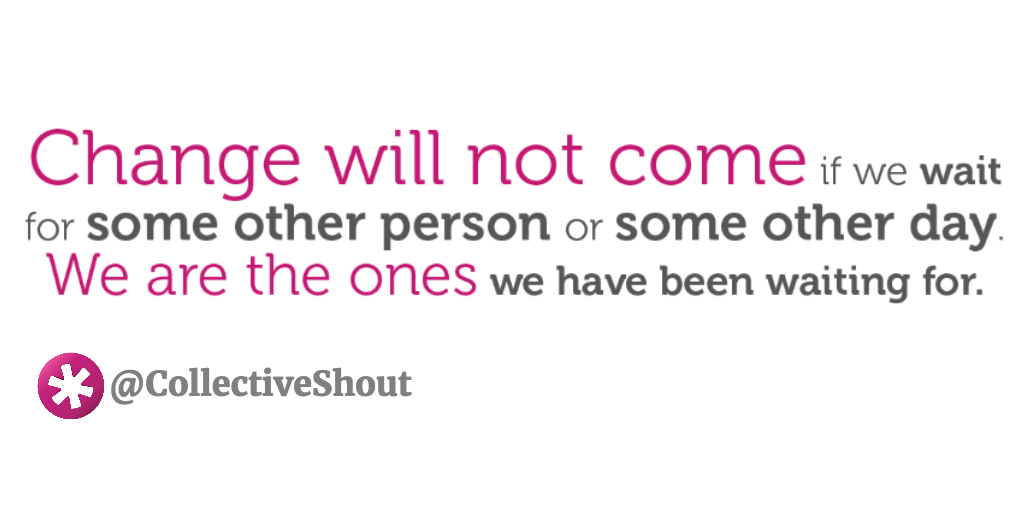 So what can we do about it?

We can reject these messages the media is sending us.

Let's stop critiquing our own bodies.

Let's compliment women and girls on what they can do, their character, instead of on their appearance.

Watch the new body image movement film Embrace with the women in your life.

Change will not come if we wait for some other person or some other day. We are the ones we have been waiting for.