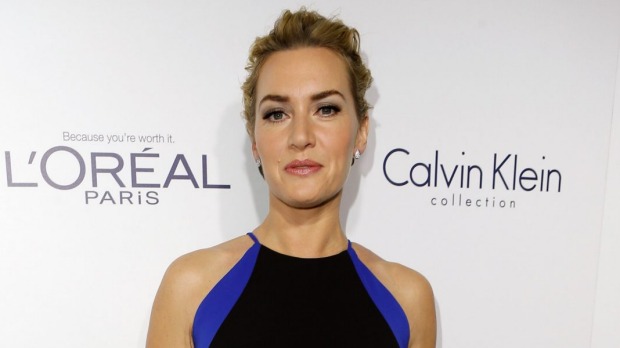 Kate Winslet has long been adamant about not wanting her face photoshopped in magazine spreads.

Now the Academy Award-winning actress has had a 'no retouch' clause in the contracts for her beauty endorsements.

At the Elle Women in Hollywood event she revealed that, although she is the face of Lancôme, she has a contractual agreement with the parent company L'Oréal that ensures they will not make changes to her face in the advertisements.

When asked asked why she had taken the stance and whether she hoped other high-profile women would follow suit, Winslet told E! News:

She said she feels a strong responsibility to "the younger generation of women".

"I think they do look to magazines," she said. "I think they do look to women who have been successful in their chosen careers and they want people to look up to, and I would always want to be telling the truth about who I am to that generation because they've got to have strong leaders. We're all responsible for raising strong young women, so these are things that are important to me."

In 2009, Winslet told Harper's Bazaars of her frustration at seeing her face altered on film posters.

"I have wrinkles here, which are very evident," she said. "And I will particularly say when I look at movie posters, 'You guys have airbrushed my forehead. Please can you change it back?' I'd rather be the woman they're saying 'She's looking older' about than 'She's looking stoned.' "

As Published in Daily Life