KFC has been excoriated by advertising and marketing experts for an immature and salacious social media campaign which was removed just one hour after it was launched due to public backlash.

In a statement to The New Daily, a company spokesperson said the product marketing roll-out was an “error in judgement” and not intended to offend.

“We overstepped the mark and are sorry for any offence caused,” she said.

Melinda Liszewski, campaign manager at grassroots women’s organisation Collective Shout, said she was “stunned” when it emerged the campaign was genuine.

“I don’t think they have understood offence is not really the reaction people are registering here, it is disgust,” Ms Liszewski told The New Daily.

“We have had to see this ad, with KFC comparing their food to a ‘hand job’ and a penis – which is a real head scratcher – it is nauseating as well as confusing.” 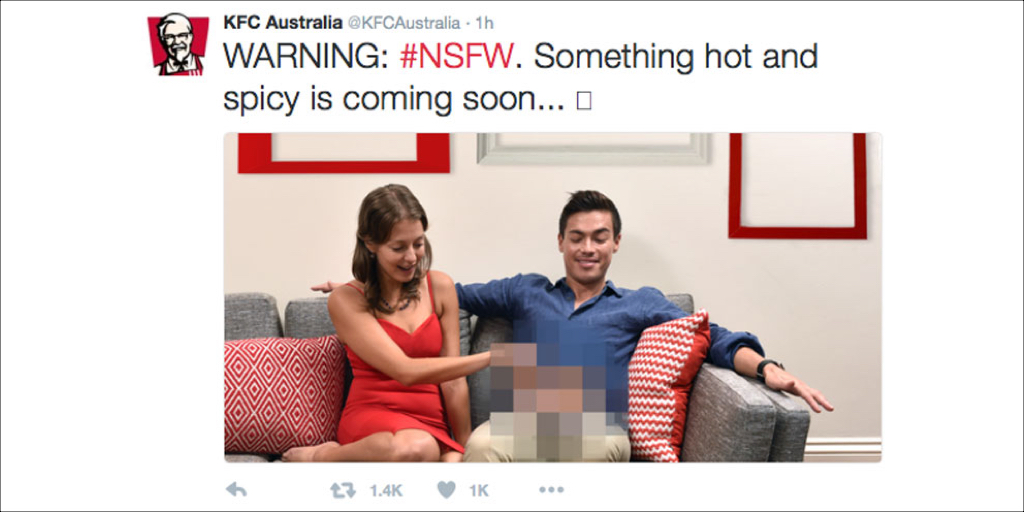