The Board noted that in order to be in breach of this section of the Code the image would need to use sexual appeal in a manner that is both exploitative and degrading.

The Board noted the advertised product is lingerie and considered that the pose of the woman is not necessary to promote the product and in the Board’s view this depiction of a woman bending slightly to look in a mirror so that her bottom is towards the viewer is exploitative.

The Board noted that the woman in the advertisement is viewed from behind as she leans in towards a mirror on a dressing table and considered that while only the bottom half of her head is visible in the Board’s view the focus is on the lingerie and the overall image is not degrading to this, or any other, woman. 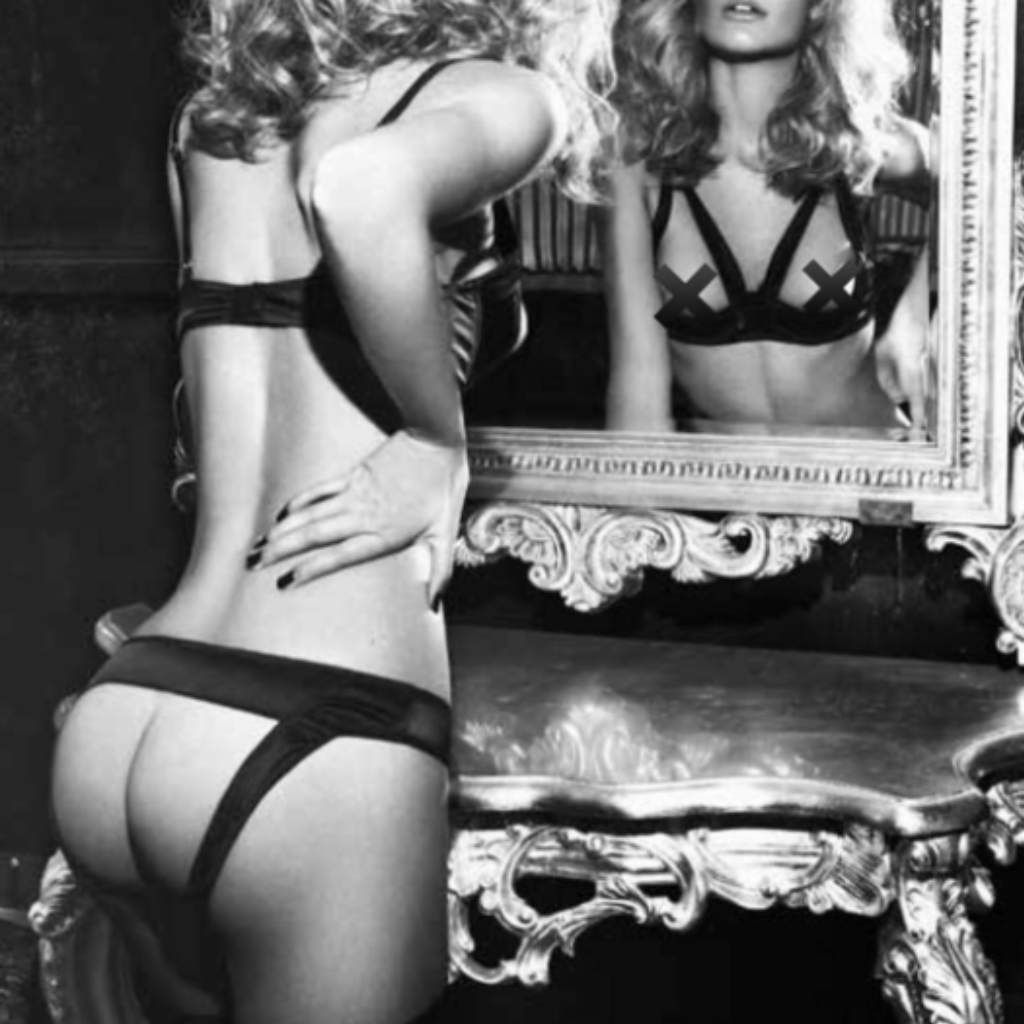 The Board noted the complainant’s concern that that the level of nudity is not appropriate. The Board noted that the style of lingerie worn by the woman means that most of her buttocks are uncovered and her nipples are exposed. The Board noted the advertiser had covered the image of the woman’s nipples with black crosses so they are not visible and a minority of the Board considered that although the nipples are obscured in their view the level of nudity is explicit and the depiction of a woman’s naked bottom bending over is sexualised and is not appropriate regardless of the advertised product.

The majority of the Board however noted that while the level of nudity is greater than that normally associated with lingerie advertising the Board considered that this type of lingerie is legally allowed to be advertised and in the Board’s view the placement on the advertiser’s own Instagram page means the relevant audience would be adults who are seeking out this product and not the general community. The Board noted that the woman’s inter-gluteal cleavage is visible but considered that this level of nudity is relevant in the context of the advertised product and is not so explicit as to be inappropriate for the relevant audience. 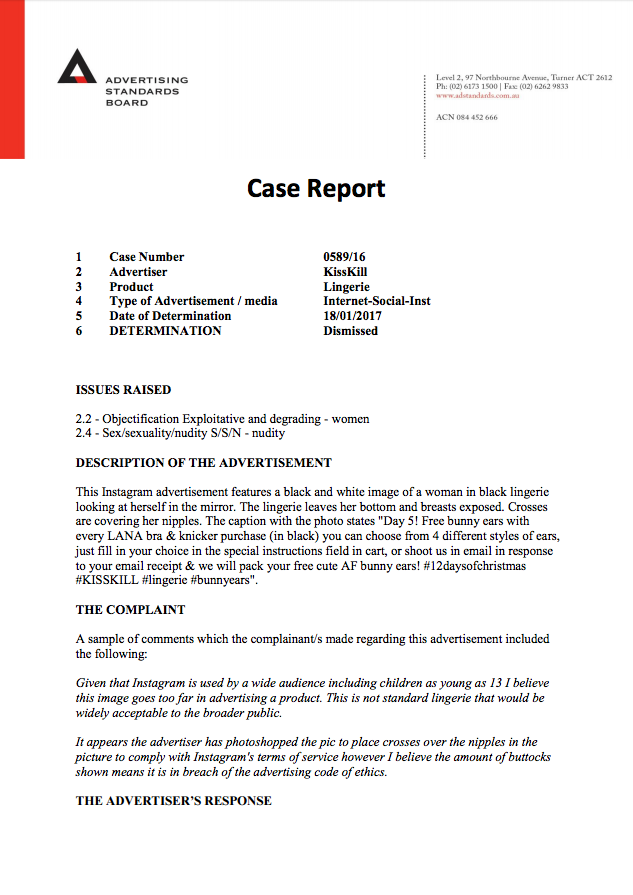