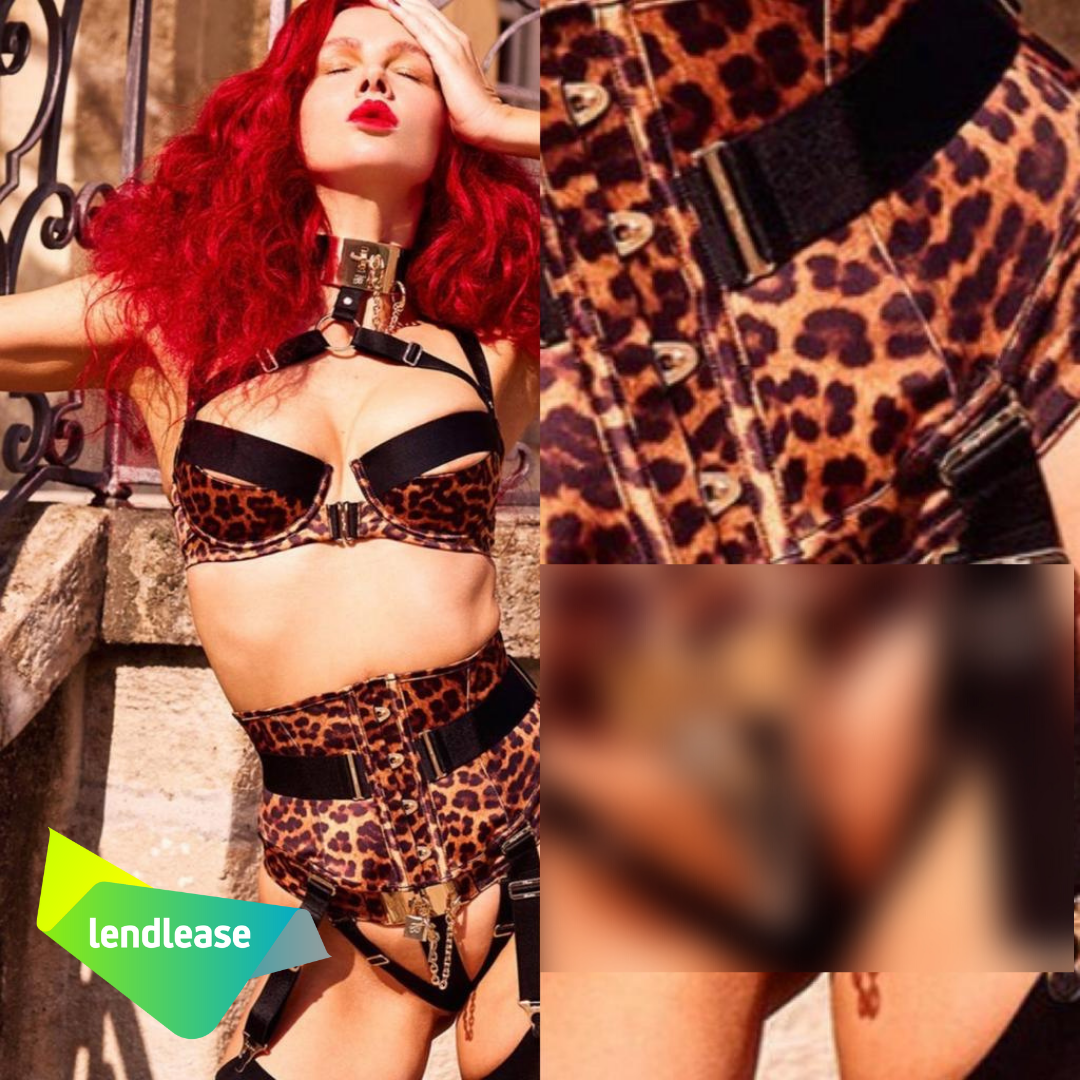 Surge Fitness is offering free kids classes at the Perth shopping centre, which will be held approximately 30 metres from the Playboy-owned sex store. How many children will have to walk past these pornified and degrading images of women to attend their school holiday activities? 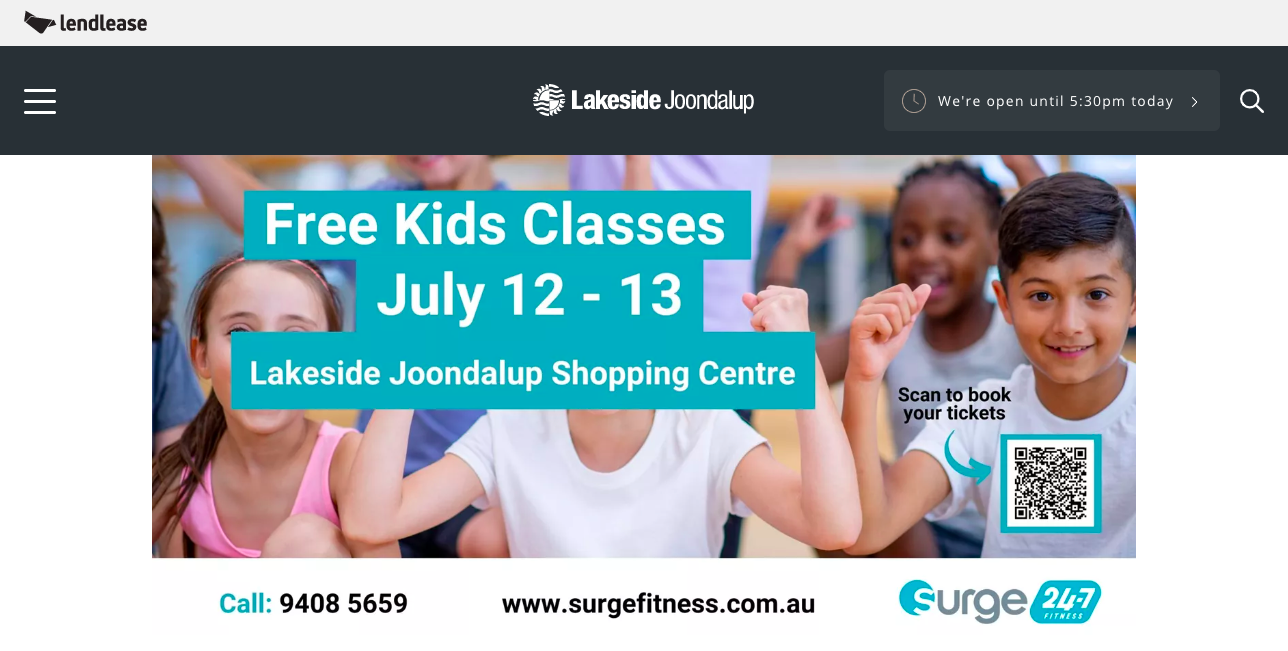 While we understand your concern with these images, retail leases permit tenants to display any advertising within their tenancy as long as it is in accordance with both national and state laws along with industry standards. This advertising is governed by the Advertising Standards as opposed to the landlord, and Ad Standards can request the removal of advertising if they determine it is in breach of the standards.

In a bid to maintain a shopping environment that caters to the needs of our broad customer base, we encourage customers to lodge their feedback with Ad Standards to ensure they are informed of such concerns and can take the appropriate action. Complaints can be lodged with Ad Standards via: https://adstandards.com.au/ Thank you again for taking the time to provide your feedback.

This is not good enough. As Collective Shout supporters pointed out, Ad Standards has upheld complaints against more than SIXTY Honey Birdette ads, but the sex store refuses to remove them or to change. Ad Standards has no authority to remove ads, even where they are in breach of the code. So in passing the buck, Lakeside Joondalup is essentially facilitating – and profiting from – kids’ ongoing exposure to sexist and porn-themed imagery in their shopping centres.

Members of the public were not convinced, and shared their objections on social media. 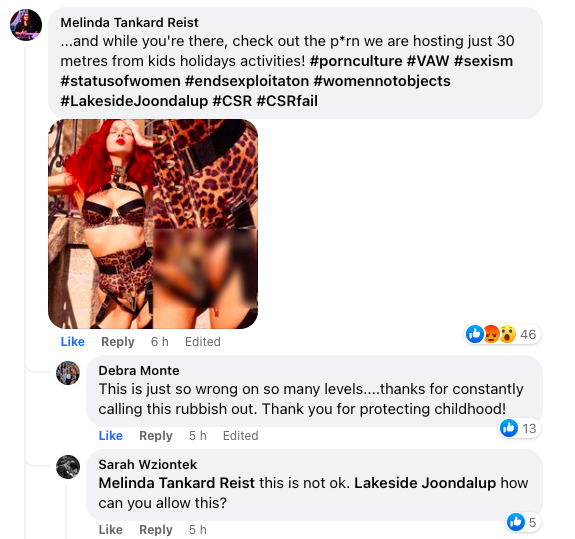 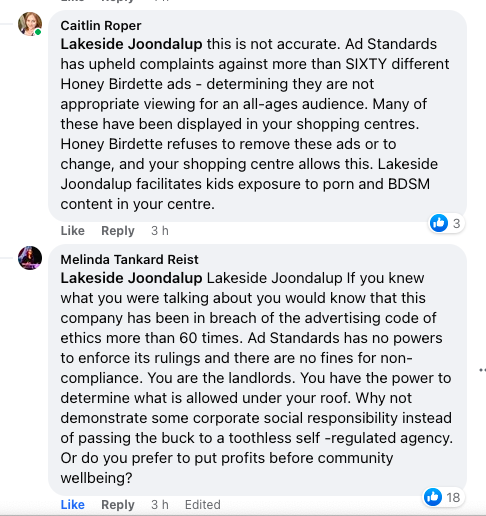 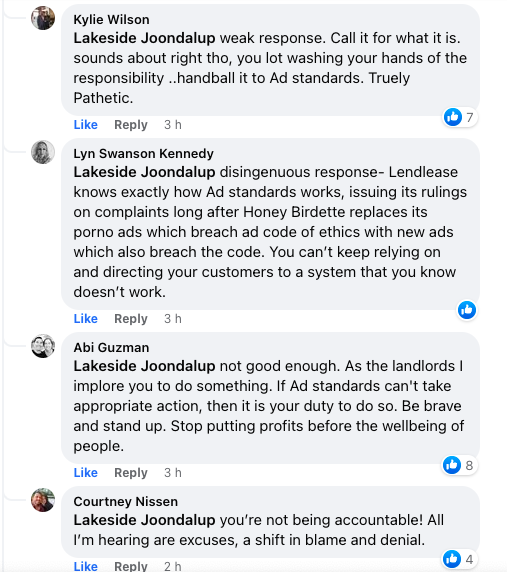 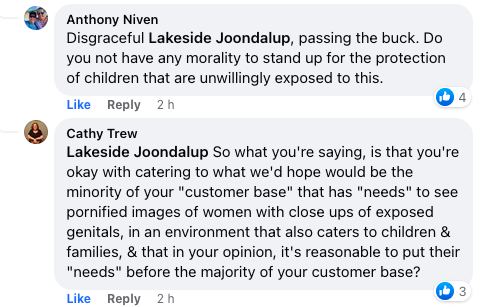 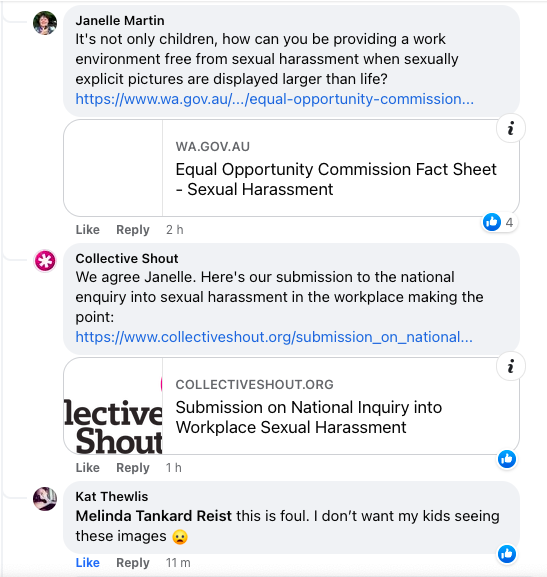 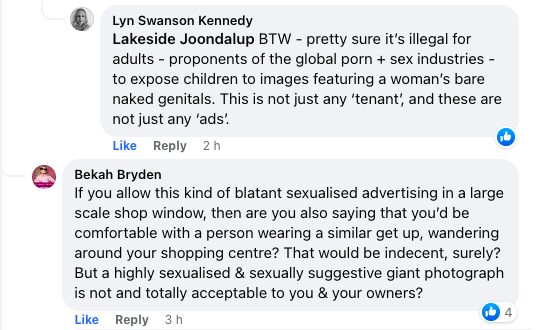 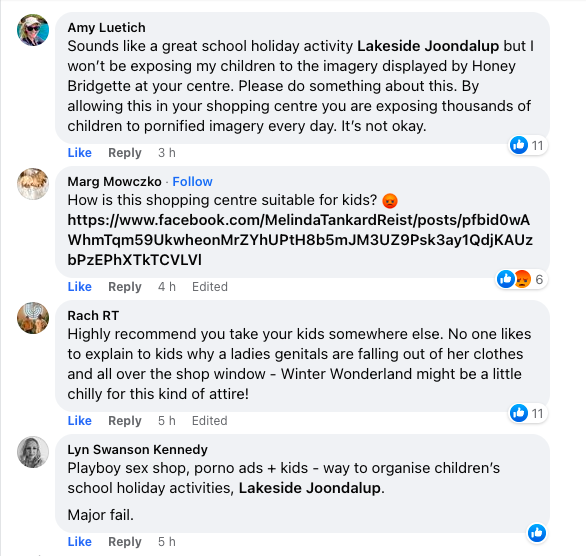 Contact Lakeside Joondalup and let them know what you think of their hosting pornified images to an audience that includes children.

Let us know if you get a response!

“Lakeside Joondalup is both facilitating and profiting from the sexual objectification of women, and kids’ exposure to porn-inspired imagery. We believe the rights of children should take precedence over profits,” she said.

Ms Roper said Ad Standards Australia had upheld more than 60 complaints against Honey Birdette ads, finding them too graphic for an audience that included children.

But there were no penalties for advertisers who breached the rules, she said.

“Advertisers can effectively do what they like and continually breach the code of ethics,” she said. Read more.

These images silently shape both girls and boys sense of self and expectations of behaviour in negative and harmful ways. Take these images out of main viewing areas please. 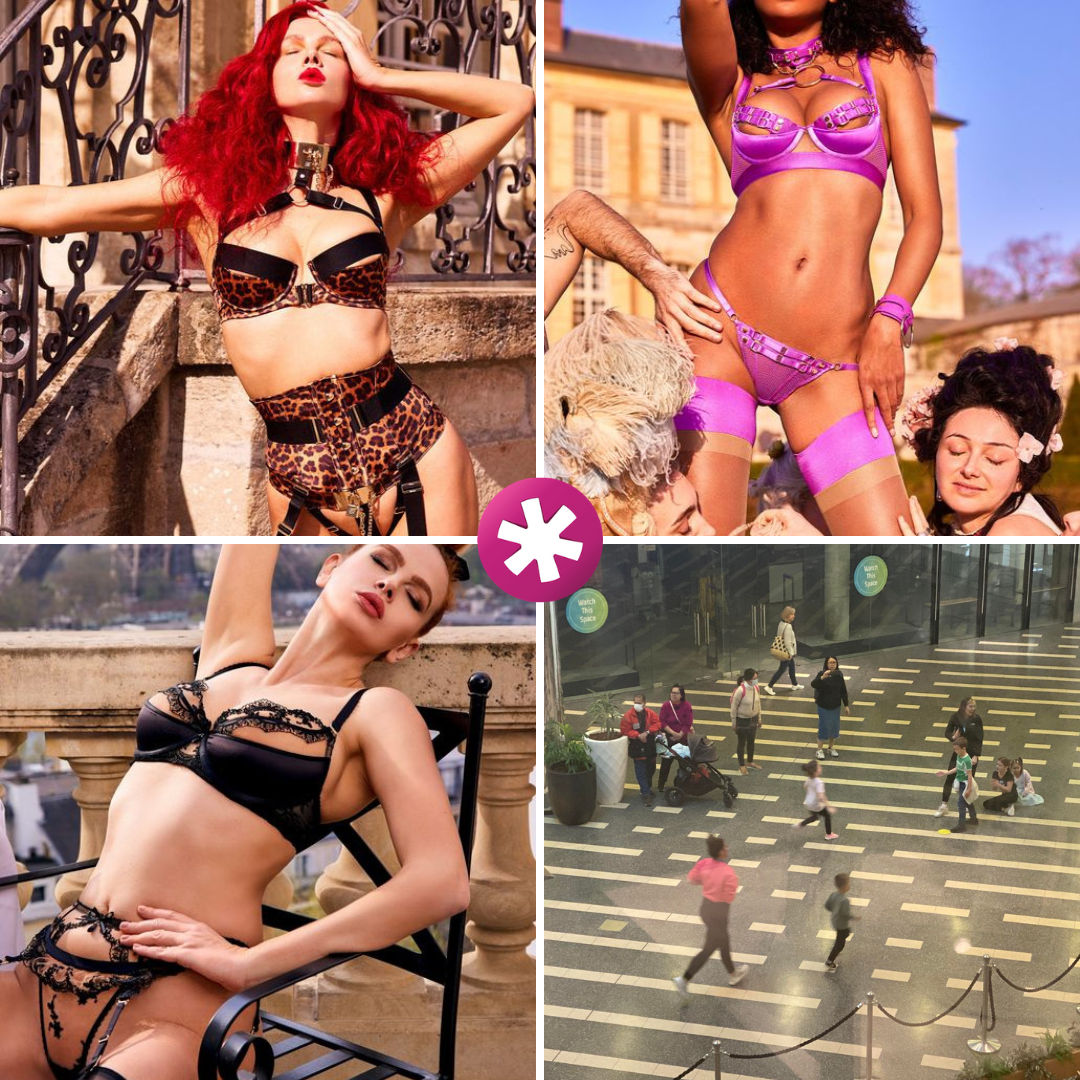