Have you seen these ads? Make a Complaint to the Ad Standards Board

Through this advertising, Lowenbrau Keller reinforces sexist attitudes and invites patrons to view female staff as sexual objects, exposing them to sexual harassment.

“Live it Large” and “Wunderbra” - seen on Sydney buses - sends the message to an audience of all ages that women are to be valued for their sexualised body parts. Another advertisement “Make mein a dubbel” suggests the two women shown might be part of the menu. 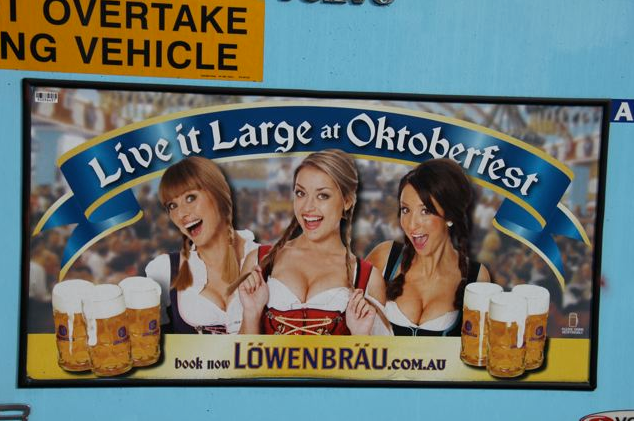 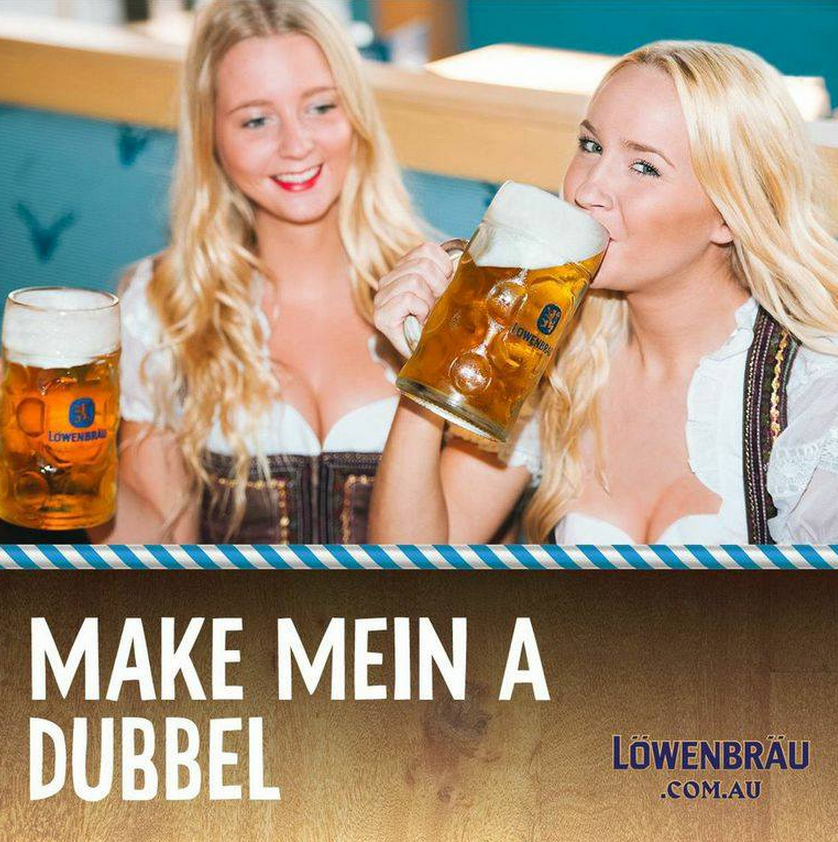 A YouTube ad for Oktoberfest in Australia produced by the Urban Purveyor group and promoting Bavarian Bier Cafe, Lowenbrau Keller and Munich Bauhaus depicts ‘bavarian beauties training for Oktoberfest.’ The camera pans up and down the womens bodies and zooms in on their body parts as they run along the beach and perform exercises and stretches. 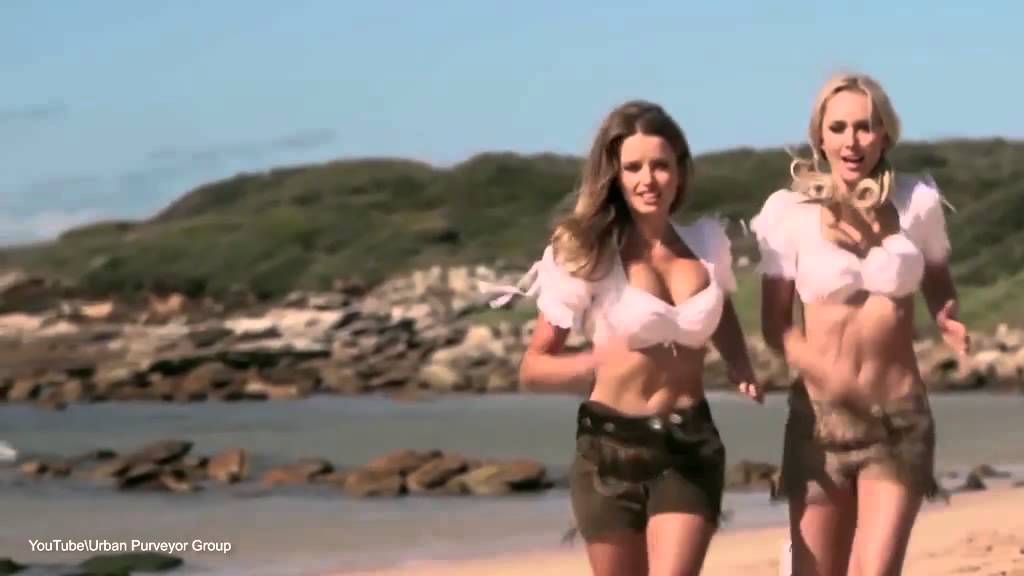 Do these venues have such little confidence in their own product that they must instead draw attention to their waitresses breasts?

Lowenbrau Keller responded to criticism stating that the ads use "popular anglicised German phrases which are fun play-on words." Addressing claims that the venue was inviting sexual harassment of staff, management claimed:

"the last impression we want to give is that you can come to our restaurant and stare at our waitresses' breasts..."

"The last impression..." Really? This "fun play on words" looks like a direct invitation to do exactly that: 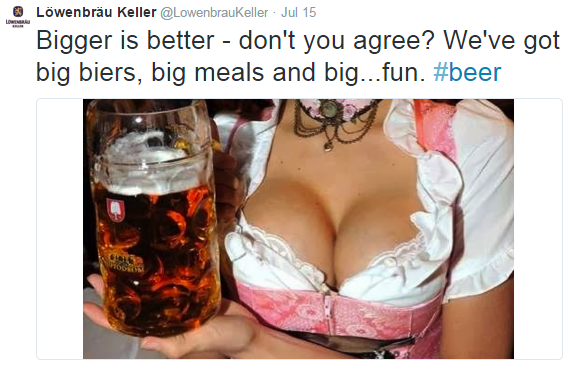 Fan comments on social media are exactly what you'd expect in response to a business that treats women this way.  “Big tits” …. “very nice jugs” … “this is what you will see on Saturday night big ass “beers” can’t wait.”

This is not the first time the Urban Purveyor Group has used women's bodies to promote its venue. Last year the Bavarian Bier Cafe was pressured into removing advertising that compared women's breasts with pork ribs, using the hashtag slogan #bestrack on social media and outdoor advertising.

Viewing these advertisements it is hard to believe it is 2015. There is a growing awareness in the community that sexual objectification and sexist attitudes underpin the epidemic of violence against women in Australia. The Urban Purveyor Group and associated restaurants need to get out of the dark ages and start treating women and girls with the respect they deserve.

Daily Mail - Does this ad make you angry or want a beer? Feminist group slams as sexist a pub campaign using well-endowed waitresses

The Corporate Social Responsibility Pledge is a statement of intention by an organisation to be respectful of women and girls in advertising and marketing. We are looking for organisations to take the pledge - click here.