Makita sexualises women and gets called out by young tradie

We love to hear positive stories of men taking action on the sexploitation of women. That is why we were so encouraged when Laurie chose to speak out after seeing the sexualised imagery on Makita's home page. 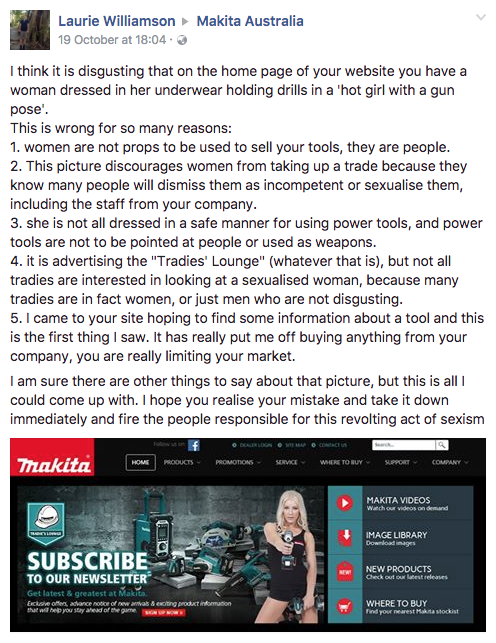 Laurie didn't stop there. He also wrote a complaint to the Advertising Standards Board (ASB). The ASB contacted Makita regarding the complaint.

Makita subsequently responded to confirm that the advertisement has been voluntarily withdrawn from publication as a result of the complaints received.

What a great example of being an active bystander.