A number of disturbing advertisements appeared on Mariner Watches social media pages this week. The images depicted a woman forced to drink alcohol, another image pictured the same woman passed out beside the man. Yet another ad features a man wearing a Mariner Watch grabbing the throat of a woman. 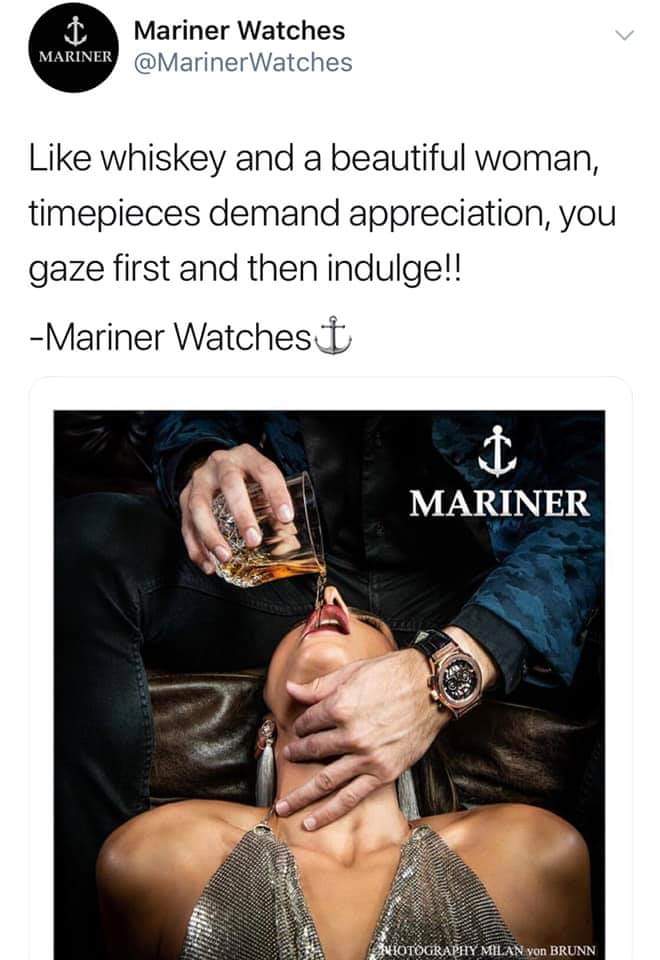 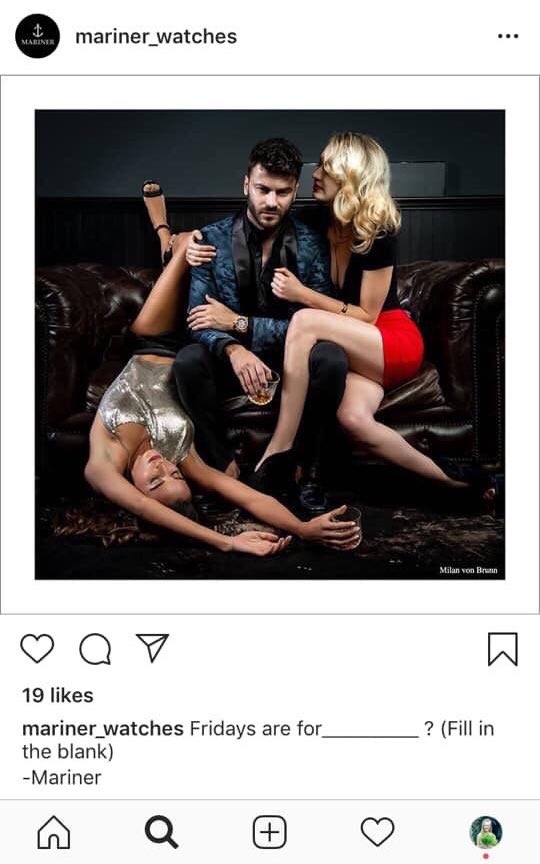 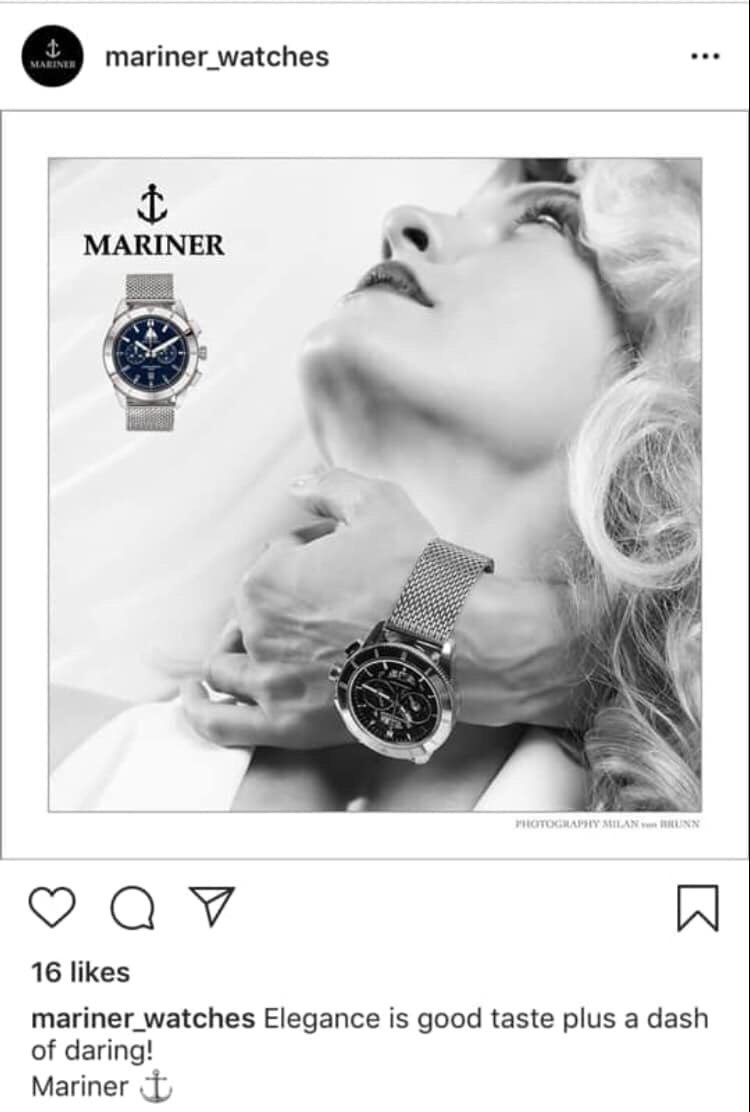 The backlash was swift with many people posting screen grabs on twitter and condemning the company. The company then disabled its twitter and Instagram accounts and even their website. Mariner Watches then posted a statement they describe as an "apology" on their Facebook page. 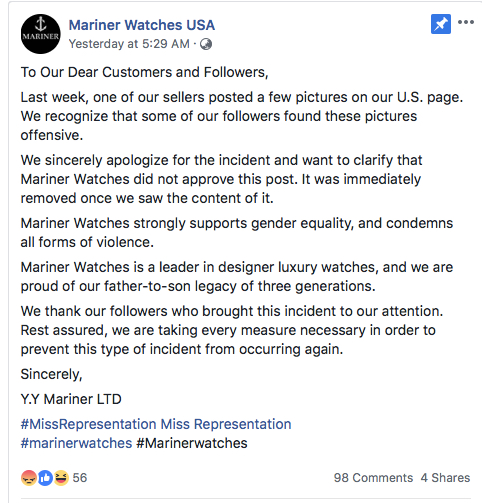 "We recognise that some of our followers found these pictures offensive"

"We sincerely apologise for the incident and want to clarify that Mariner Watches did not approve this post."

People didn't buy the "apology" and began posting comments under the statement. Sure enough, two men showed up and posted comments deriding women who objected to the ads as "prudish feminists needing to get laid" and "feminazis." 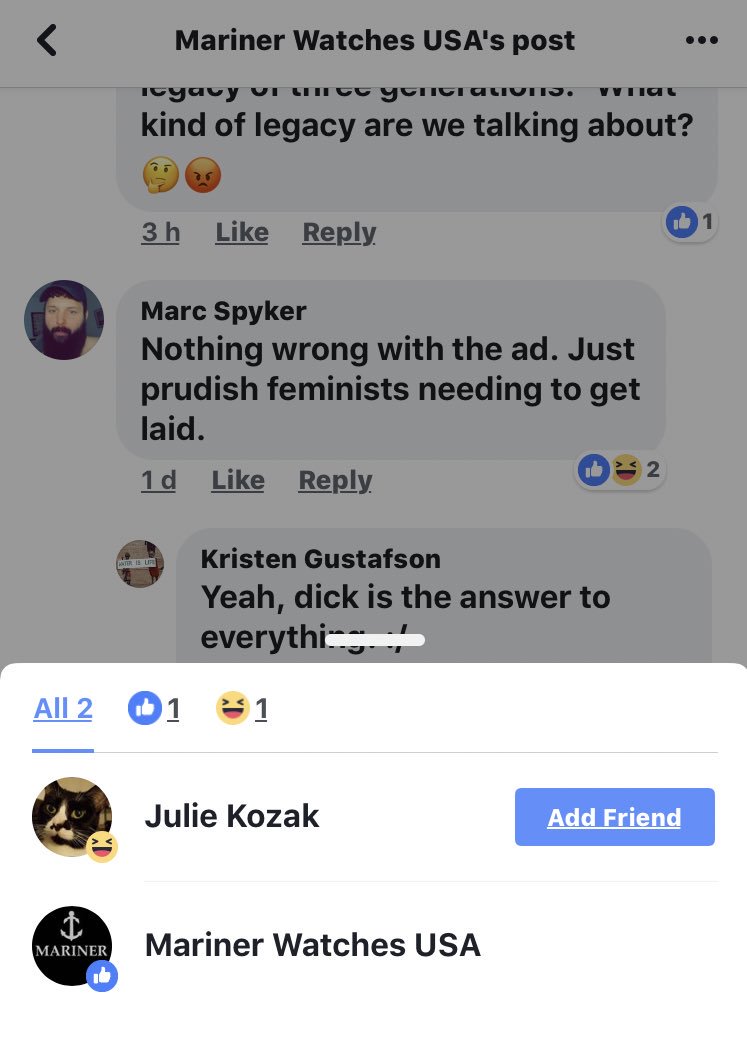 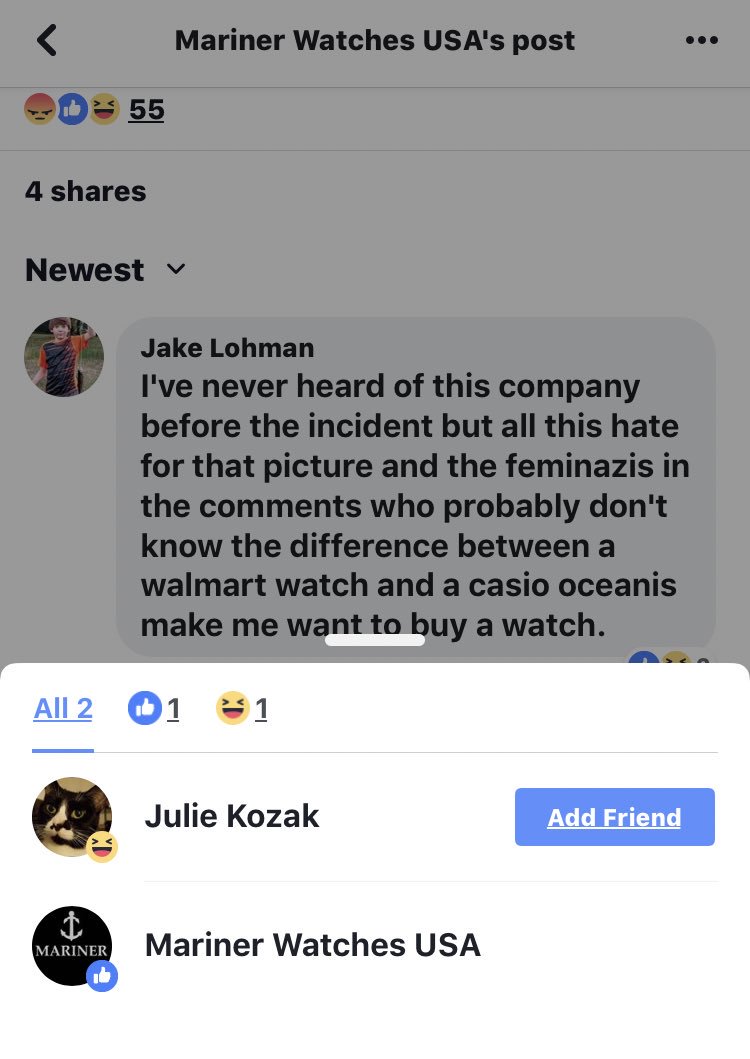 Well, now we know what they really think, they can take their place on Collective Shout's Crossed Off list.

Mariner Watches have had another crack at an actual apology on their website. When visiting the site a pop up box appears with a new apology, this time taking responsibility for the creation and publishing of these advertisements. Will this be enough to redeem the brand? 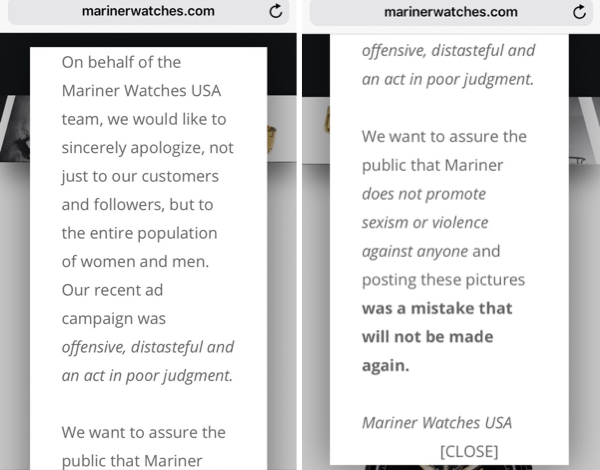