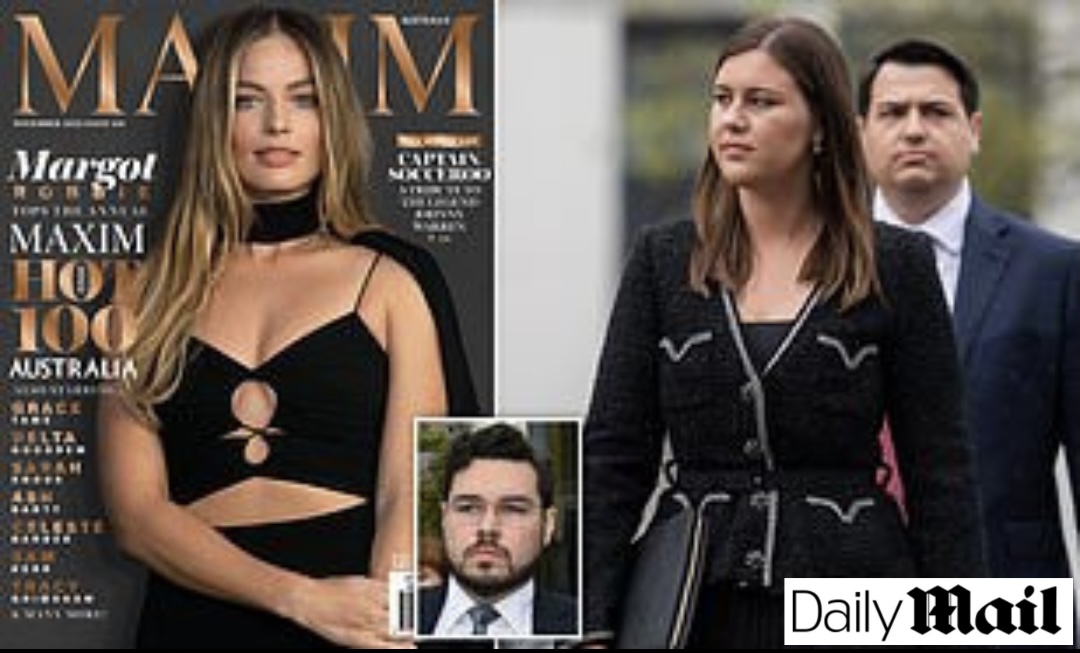 Movement Director Melinda Tankard Reist called Maxim out after it defended including Ms Higgins on the list, claiming it was because she was "influential".

Melinda Tankard Reist, Director of Collective Shout movement which fights against the objectification and sexualisation of females, said Maxim's insistence the list was focused on 'influential' women was 'spin'.

'If that is Maxim’s true intention why persist with the “Hot 100” descriptor which conveys “sexy” rather than “brilliant mind”,' she said.

'The last issue I saw featured a number of Ultra-Tune’s "leather" women - the entire company is notorious for depicting women as dumb bimbos- hardly "influential" and "newsworthy".' Ms Tankard Reist said the annual list was an insult to women and 'Maxim profits from objectifying women for male sexual gratification and pleasure'.

'Including Higgins - in the midst of her rape trial no less - is an affront to her and all women. It is not a compliment. It is demeaning and degrading and trivialises their accomplishments.'

Male violence against women: Maxim is part of the problem

Maxim trades heavily on pornified, objectifying images of women, helping to shape a world where women are seen as sex objects for men's use and abuse, and blamed when they are raped. It contributes to a culture where sexism and misogyny flourish. And it profits.

When it comes to male violence against women, Maxim is literally part of the problem. For it to trade off the good names and accomplishments of incredible women for its 'Hot 100' list - women who have been abused and exploited and sexually harassed and assaulted at the hands of men - is absurd, and exploitative.

So @maxim_aus contributes to rape culture with its pornified publication, then wants to trade off the names and accomplishments of incredible women who have suffered abuse and violence at the hands of men?

Look in the mirror @Spin111 @mdnuclear.

Who said it: Rapist or Lads Mag?