When we wrote about KFC's ad depicting a young boy ogling a woman's breasts, we pointed out that the research is solid: attitudes shape behaviour. Re-enforcing gender stereotypes - including in advertising - contributes to a lesser view of women resulting in their mistreatment.

As if to underscore this point, we've since been inundated with abusive messages from men defending the ad. I've lost count of the number of men we've had to ban from our Facebook page for targeting our female supporters with insults and misogynistic slurs for daring to voice their objection. Many comments sexually objectified the young woman in the ad: "lovely jugs though"..."Never too young to look at good tits"..."Men will always look at TITS and a nice arse." 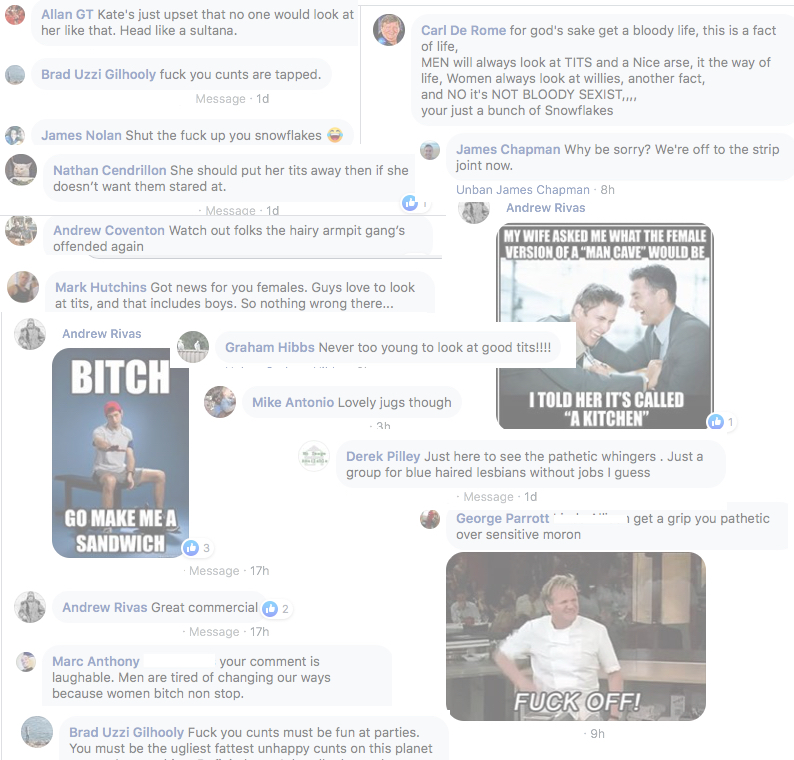 Is emboldening misogynists one of KFC's KPIs for this ad? Is this KFC's target audience? And if so, how can young girls who work at KFC expect to be treated when these men walk into their stores?

KFC acknowledges that 90% of workers in their stores are under 25 and says "we back youth." There is nothing about this ad or the reaction from abusive men that is conducive to supporting youth. KFC is partnered with a number of youth charities, how does this ad further those causes?

KFC has now issued what has been described by some media articles as an "apology." But there was no responsibility taken for the content of the ad, no mention of pulling the ad from air and they have ignored follow up questions about what their intentions are. This is a cowardly response. It is clear that KFC is hoping this will blow over, it will not. We encourage people to vote with their dollar and boycott KFC.

“Where was FreeTV’s CAD in this too? How can not one person put their hand up and say this isn’t good for society, first up? Most of all, though, this shows lack in real understanding about who actually buys this product and that is appalling for our industry." - Founder of Suits&Sneakers, Anne Miles

"The problems here are that we're talking about pre-teens, and that there's no indication whatsoever in the ad that what they're doing is wrong.

Just look at this still: 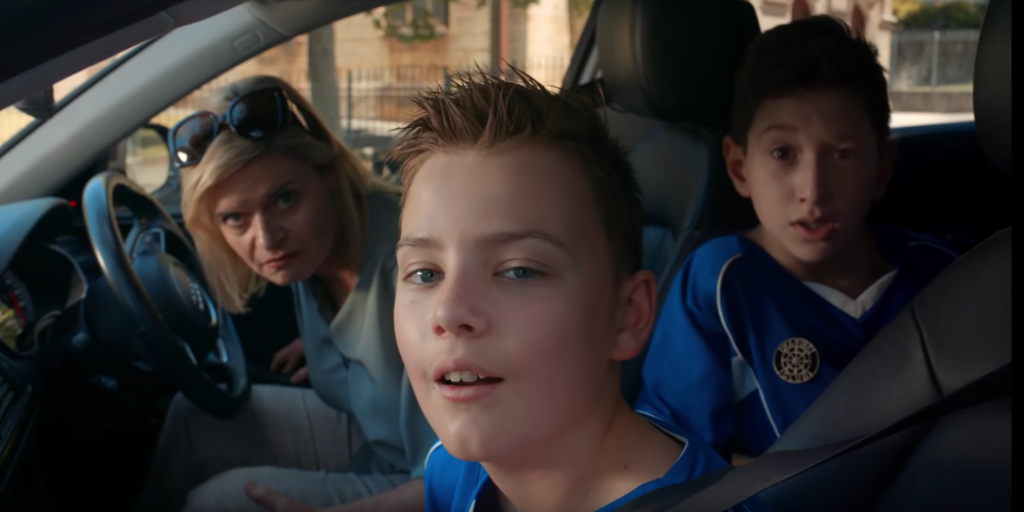 And then try to take in what Liszewski is arguing: Ads like this reinforce the false idea that we can't expect better from boys. Yes, that's the crux of it. While it's true that hetero teens and men are going to be attracted to curvy women, that's not the issue here. The issue here is a brand choosing to condone the idea that's it's natural and OK to leer, if not drool. As Liszewski points out, research shows that attitudes shape behaviour, and therefore this kind of advertising contributes to "a lesser view of women, resulting in their mistreatment".

Marketing experts Lauren Gurrieri from RMIT University, Mandy McKenzie from the University of Melbourne and Megan Bugden from La Trobe University suggest objectification in advertising is a trope as old as time.

“Our research suggests the advertising industry’s standards for judging sexism are, like the world depicted in the television series Mad Men, stuck in the past,” they said.

“One of the biggest problems is the (advertising industry’s ethical) code only considers ads in isolation. It doesn’t take into account their cumulative effect.”

7News - KFC apologises after being slammed over 'sexist' ad