Radicalisation is a term normally used in reference to terrorism; the young, disaffected Muslim who travels to join IS or the self-described patriot who shoots up a place of worship that he considers harbouring invaders. What is it that makes ordinary, law-abiding citizens so full of hatred, that they will inflict violence on fellow humans? It takes immersion in dehumanising subcultures to turn an ordinary man into a terrorist. 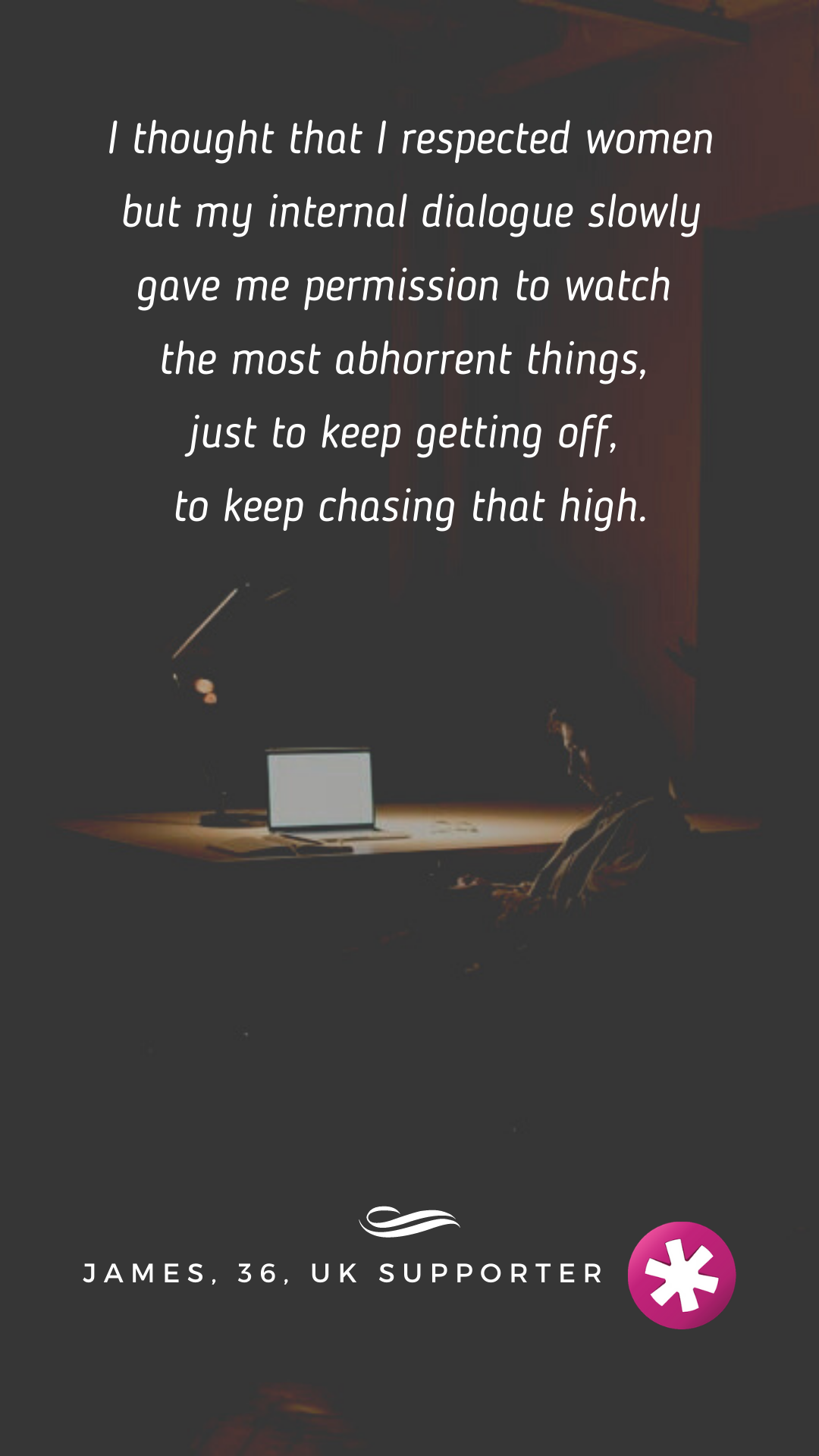 ‘The risks I took were insane’

How I justified it

At some point in all of this, I thought that I respected women but my internal dialogue slowly gave me permission to watch the most abhorrent things, just to keep getting off, to keep chasing that high.

"Well, she's getting paid so it's alright"

"I'm sure she enjoys getting ejaculated on her face.  Why would she do it otherwise?"

"Eighteen is an age where people are trusted to make good decisions.  So she's only doing what's right for her.  It's a free choice"

"She's not really a schoolgirl and he isn't a teacher, it's just fantasy"

"She isn't really a kidnapped hitchhiker, it's just fantasy"

"She's not really a babysitter, it's just fantasy"

"That looks like it's hurting her, I bet she's loving it"

"Well, it's only up her skirt, she doesn't know anyone's filming it"

"It's only a video of her arse, you can't see her face"

"Well, you can see her face, but I doubt anyone who knows her is watching this"

"I'm sure she's drunk, that stupid whore, I bet she's loving it"

"Women are whores who just want to be f-cked"

"Women only exist to pleasure me"

"Who goes out looking like that, I bet she wants to get f---ed"

I was a slave to this subculture. I could not stop, no matter how hard I tried. Anyone thinking that these ideas had no real-world impact is dead wrong. Despite being married to a very attractive woman, I couldn't get aroused with her and I would blame her for this. I wrecked her self-esteem. I considered paying for sex, something I consider disgusting and immoral. I would think about cheating and come up with all kinds of justifications. 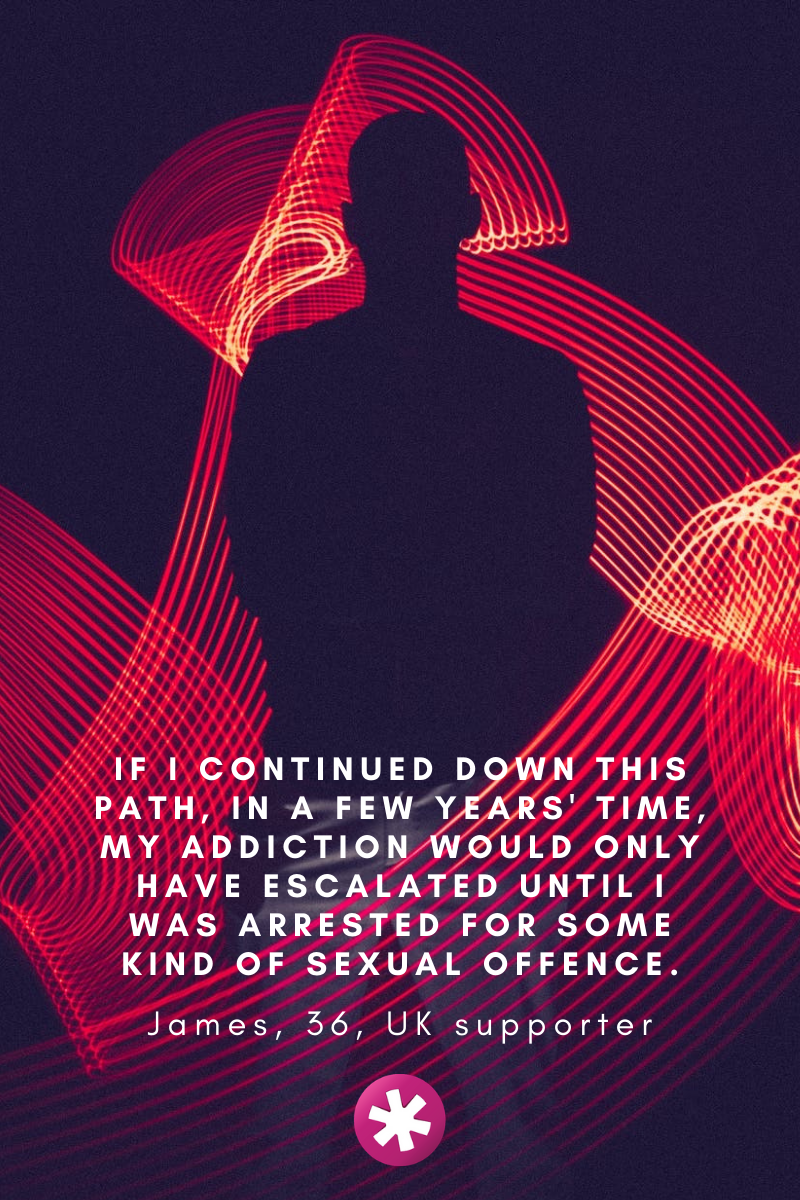 My wife doesn’t trust me

After I confessed to my wife, I decided that I had to taking quitting seriously. I tried NoFap and I would abstain for a few months then relapse, usually when I got depressed about something. This cycle happened for nearly two years. One of the guys on the NoFap forums suggested counselling and therapy. I found a counsellor who specialised in addiction.  She recommended two things: EMDR (eye movement desensitisation and reprocessing) therapy and a Twelve Steps group. EMDR therapy would address the root cause of my emotional trauma and Sex Addicts Anonymous would address how to live without my compulsive behaviour.

The men who decide to do the things they see on the screen will either try it with their partner, if they think they'll get away with it, pay for it or break laws to do it. The rooms of Sex Addicts Anonymous are full of men for whom the fantasy went too far, whose addiction stopped them thinking about the consequences, who lost their marriages, their families, their jobs or their freedom in search of the next high. 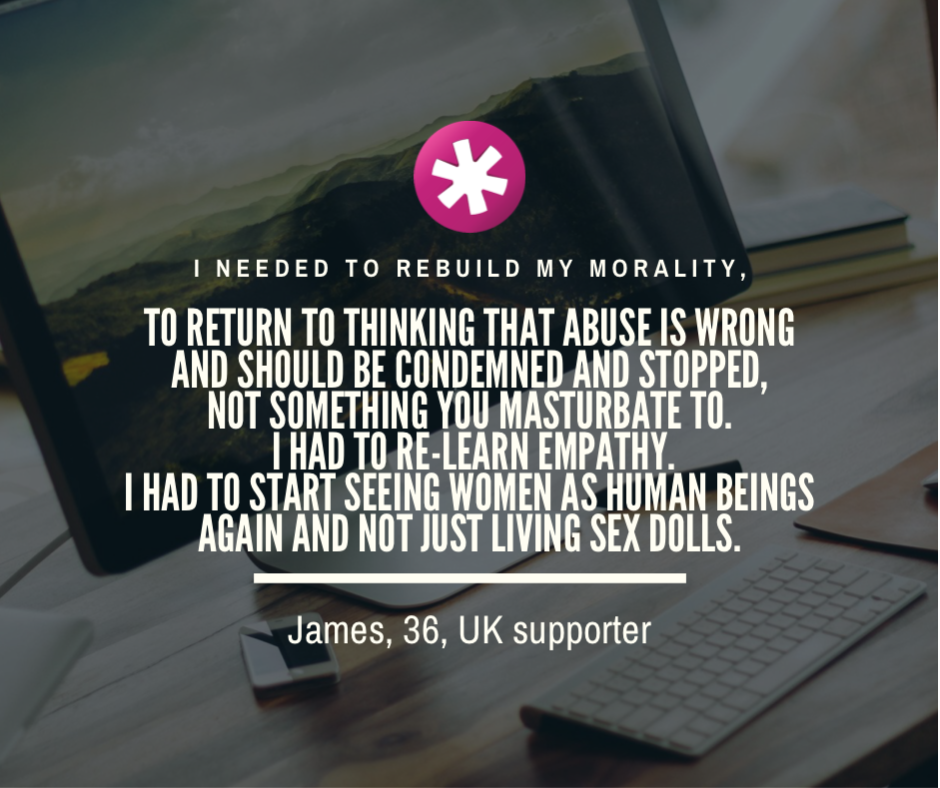 James*, 36, works as a research scientist in Oxford, United Kingdom

Tips for Parents and Carers