Organisers of the Miss America pageant have announced they will scrap both the swimsuit and evening gown portion of the competition.

The changes to the pageant came after the Miss America Organisation was faced with their own sexual harassment problem, with chief executive Sam Haskell resigning in December over lewd emails.

New chairwoman Gretchen Carlson attempted to distance the pageant from its sexist origins, telling Good Morning America, “We are no longer going to judge you on your outward appearance.”

While this may represent a step in the right direction, the more likely explanation is that Miss America’s tradition of parading young women around in bikinis to be scrutinised and evaluated by male judges is no longer good for business in the current social climate. 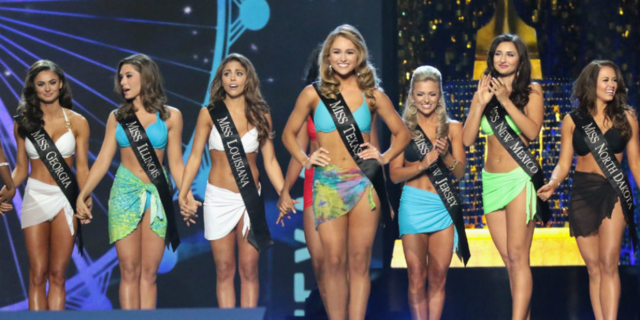 The New York Times summarised the move as follows: “It appears that #MeToo has done what a protest could not: eradicate one of the most derided aspects of the competition, the swimsuit.”

In a commentary piece for CBC News, Meghan Murphy rejected the notion that these changes amounted to a rejection of the objectification of women:

The kind of objectification available to men during the heydey of Miss America was nowhere near comparable to that which exists today. We have access to women's bodies at our fingertips, performing in any way we can possibly imagine, at any given moment. With all of that available, who needs a swimsuit competition?

The entire premise of beauty pageants is evaluating women on the basis of their physical appearance, and ranking them based on how desirable they are to men. While the strategic removal of the swimsuit round – a business decision- might seem like progress, real female empowerment is not found in a Miss America pageant. Progress comes not by making minor changes to inherently sexist traditions and institutions, but by shutting them down.