Attend and support a screening in March

We would like to extend a special invitation to attend or support an Adelaide screening of the documentary Miss Representation.

This film explores how the media's misrepresentations of women have led to the under representation of women in positions of power and influence, and premiered at the 2011 Sundance Film Festival.

The film will be screened in Adelaide on March 4-6, as part of the Adelaide Fringe Festival. Each screening will be followed by a panel discussion featuring various prominent sportswomen, journalists, educators, and politicians. Part proceeds from the event will go to benefit the Eating Disorders Association of SA.

If you are in Adelaide - come along! A number of local Collective Shout members have been involved in organising this screening, and we would love to see you there. Melinda Tankard Reist will be on the discussion panel on Tuesday March 5, and SA state coordinator Nicole Jameson on Wednesday March 6. 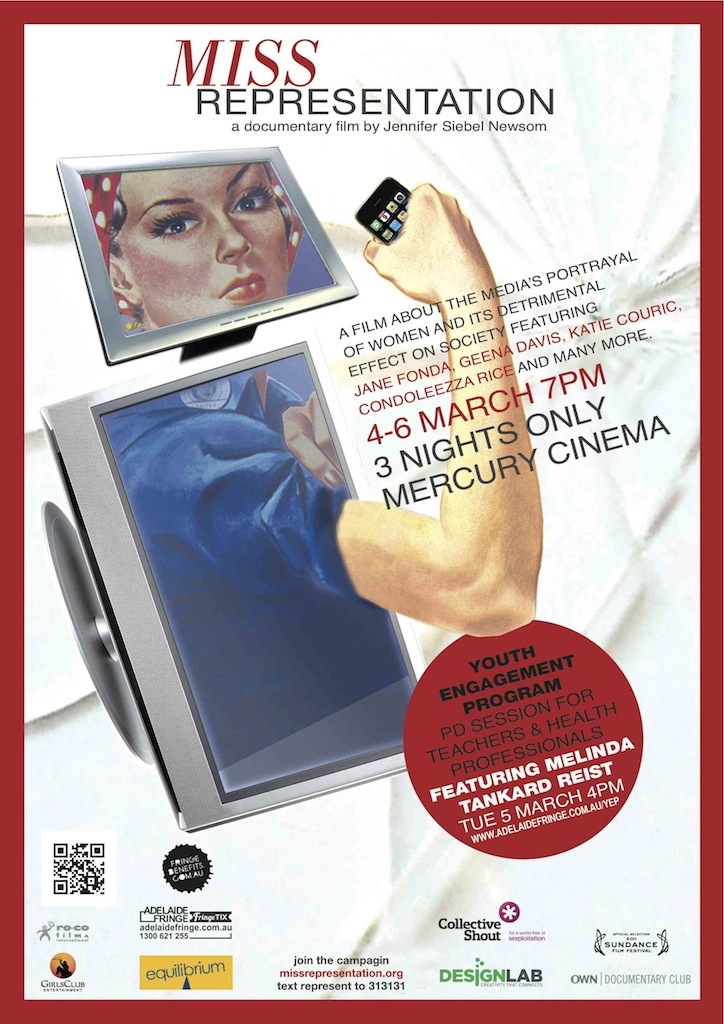 Melinda will also be speaking at a Parent Seminar at Loreto College, Marryatville on Wednesday March 6 - for details, click here.

Not in Adelaide? You can still support this film and its important message! Make a pledge on the film's crowdfunding page here.