"We can shoot your wife and frame your mother-in-law, if you want we can hang them too" - Fantastic Framing

The Advertising Standards Board has upheld complaints against a picture framing company that used a double meaning in its ad slogan that made reference to the murder of a man’s wife and her mother.

The mobile framing company - clearly targeting men in its advertising - featured this 'play on words' on company vehicles. 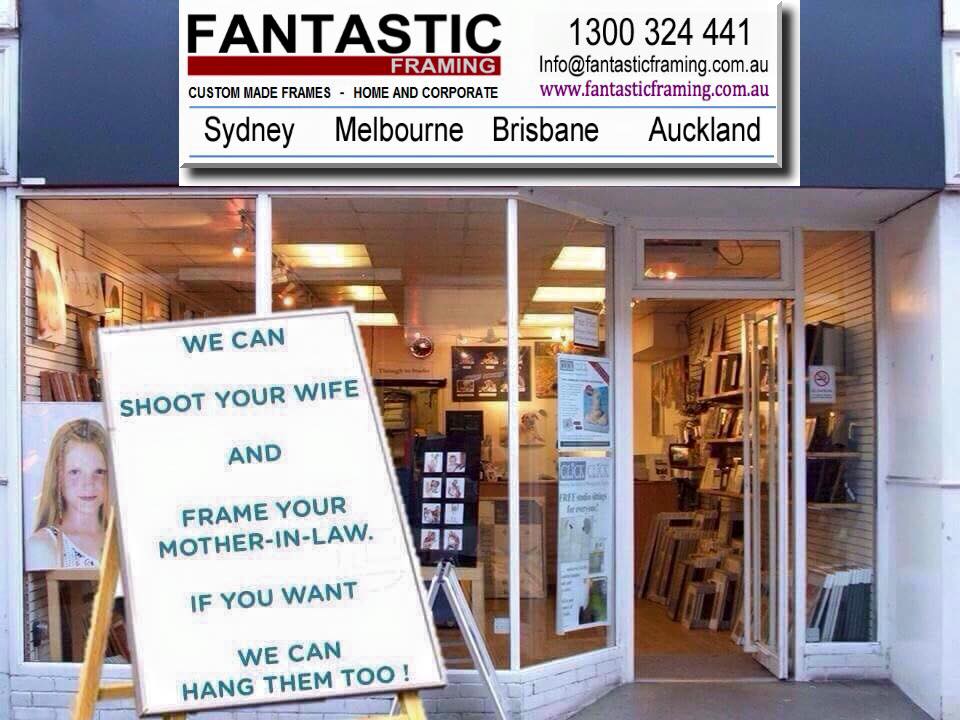 Click here to read the Advertising Standards Board case report

In its Case Report the ASB determined that complaints raised issues under section 2.1 and section 2.3 of the code of ethics.

Section 2.1 states 'advertisements shall not portray or depict material in a way which discriminates against or vilifies a person or section of the community on account of race, ethnicity, nationality, gender, age, sexual preference, religion, disability, mental illness or political belief.'

In its examination of the advertisement the "The Board noted that advertisers are free to depict or make reference to whomever they wish in their advertisements and considered that whilst this advertisement makes reference to female family members in the Board’s view this is not of itself sexist."

Further "the Board noted that the stereotyping of mothers-in-law is part of the common cultural narrative in Australia" ..."in the current advertisement the reference to framing a mother-in-law in the context of a picture framing business is clearly intended to be a humorous play on words and is not material which discriminates against or vilifies a person or section of the community on account of their gender."

In other words, negative stereotypes about women who are mother-in-laws aren't sexist, they are common and 'funny.' It doesn't matter that the advertisement goes on to say "we can hang them too!" the ASB determined there is no vilification on account of gender, the ad was not sexist and therefore did not breach section 2.1 of the code.

The Board then examined whether the ad breached section 2.3 of the code which states "Advertising or Marketing Communications shall not present or portray violence unless it is justifiable in the context of the product or service advertised"

The Board noted again that the company used a "play on words" to advertise its framing business, but pointed out that the "humour has now worn off" because of increased community concern about domestic violence. Therefore jokes about murdering your wife wouldn't be funny to most people. It is on this basis that the Board decided the advertisement was in breach of section 2.3 and upheld complaints against the ads.

Fantastic Framing has responded to the determination by saying stickers on vehicles will be replaced.

But really, they don't understand what the big deal is. Its just a joke right? 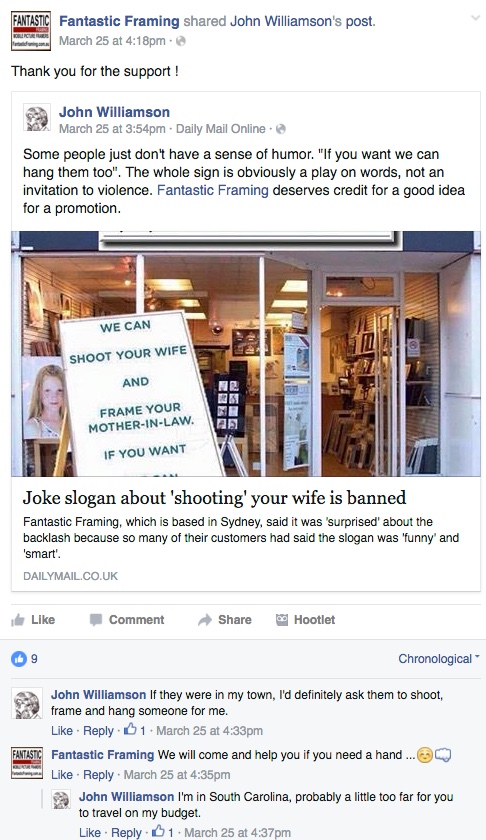 Have you seen an ad that is exploitative and degrading?