Naked women in Sports Illustrated isn't about giving them a voice

The #MeToo movement has taken the world by storm, exposing the endemic exploitation and abuse of women and girls by men across a range of industries. The social media campaign to hold predatory men accountable for their actions has sparked a global dialogue, forcing many to re-evaluate their sexist attitudes and practices.

In the wake of this cultural shift, Formula One has announced plans to end the long-standing traditional of ‘grid girls’, clearly recognising that the use of attractive women as props or accessories for men is “clearly at odds with modern day societal norms.”

The growing refusal to tolerate casual sexism poses a problem for companies who rely on it in order to function.

Sports Illustrated swimsuit edition, a magazine serving up an array of sexy, young women in bikinis for the viewing pleasure of a male audience, is set to hit newsstands this week. This year’s edition will feature a nude spread entitled ‘In Her Own Words’, a collection of photos of naked women with words scrawled across their bodies that apparently represent who they are.

According to the magazine’s Instagram, the series of naked women in the men’s girlie mag is intended to celebrate “more than just their bodies”. Which begs the question, why are they posed naked? Surely if the aim is to humanise the women included rather than to sexualise them, stripping them off, laying them on the ground passively and photographing them naked isn’t the best way to achieve this? 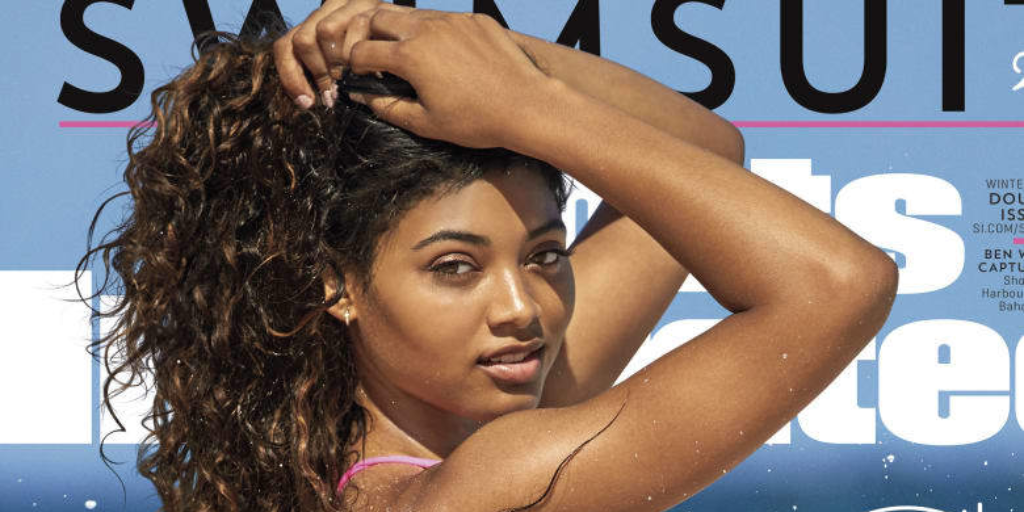 The project is being pitched by magazine editor MJ Day as empowering, as a means of giving women a voice (just not clothes). Day tells Vanity Fair the shoot is about “allowing women to exist in the world without being harassed or judged regardless of how they like to present themselves.”

What we’re seeing is the same routine objectification of women, the treatment of women first and foremost as bodies to be looked at, as passive objects, but Day assures us this is different. This time it’s revolutionary, about women’s right to self-expression or to be objectified- while the magazine conveniently profits.

By framing the conversation as one about women’s choices, the spotlight is on the women posing, and not the magazine who orchestrated the shoot. Sports Illustrated can continue to operate the same way as always, profiting from exploiting women’s bodies and sexuality, but now they can call it ‘female empowerment’.

The female models are still sexualised, their naked bodies used as canvases and offered up for male consumption. How is this particular photoshoot different from the everyday sexualised depictions of women in mainstream media and popular culture, while their male counterparts remain fully clothed and posed with dignity and strength? Is anything being challenged at all? It’s the same old sexism, but repackaged as progressive and feminist.

The PR machine keeps spinning, with Day attempting to associate the brand, a bikini mag with naked women, with the #MeToo movement in a Vanity Fair article entitled ‘Meet the First Sports Illustrated Swimsuit Issue of the #MeToo Era’.

The swimsuit issue of Sports Illustrated is dominated by sexually objectifying portrayals of women, treating women as masturbatory material for men. In doing so, it contributes to and reinforces the second-class status of women, the notion that women exist for men, for their enjoyment and use, and that women’s value is determined by their physical appearance and sexual appeal- essentially, their ability to attract men. This frequent reduction of women to sexual objects is incompatible with gender equality.

Twenty years of empirical research, 135 studies from 109 publications, indicate that sexualisation and objectification of women has a range of negative effects. Consistent evidence found that:

The treatment of women as sexual objects and the diminishing of women’s humanity cannot work alongside a social movement fighting for women’s human rights. The sexual objectification of women for profit is in direct contradiction with efforts to eradicate the exploitation of women. Treating women as sex objects doesn’t suddenly become a feminist act just because the photographer is a woman.

When corporates, whose primary goal is to sell a product, attempt to capitalise on a social movement or cause, we should absolutely be wary of their motives.

We all know that hot, naked women in Sports Illustrated isn’t about celebrating women or giving them a voice- it’s about selling magazines.

“These are sexy photos…at the end of the day, we’re always going to be sexy, no matter what is happening,” says Day.