Liberated: The New Sexual Revolution is a documentary about coming of age in today’s young adult hookup culture.

Following the journey of college students on Spring Break, the film provides shocking insight into attitudes and behaviors regarding sex, the normalization of sexual violation, and the struggle against conceptions of gender and sexuality shaped by the media.

The new documentary reveals a “culture of sexual violation” where women are viewed as sexual conquests to be discarded, and men display an entitlement to women and their bodies.

A range of experts, including Caroline Heldman, Gail Dines, Robert Jensen and Sut Jhally, discuss the role of media and popular culture in shaping attitudes and behaviours:

“Young people in our culture learn what it means to be man, what it means to be a woman, how they’re supposed to relate to each other, how they’re supposed to have sex from popular culture, whether its social media, film, television, pornography, their peers. And you see this theme of non-intimate sex, you know, throughout every type of popular culture that’s out there, which is a different type of sex from the sex we used to see,” says Caroline Heldman.

HOW TO SPOT SEXUAL OBJECTIFICATION: THE CHIPS TEST- Caroline Heldman

The routine sexual objectification of women in media, advertising and popular culture leads to the view of women as being defined by their sexual appeal and availability. Sut Jhally, founder and executive director of Media Education Foundation notes: 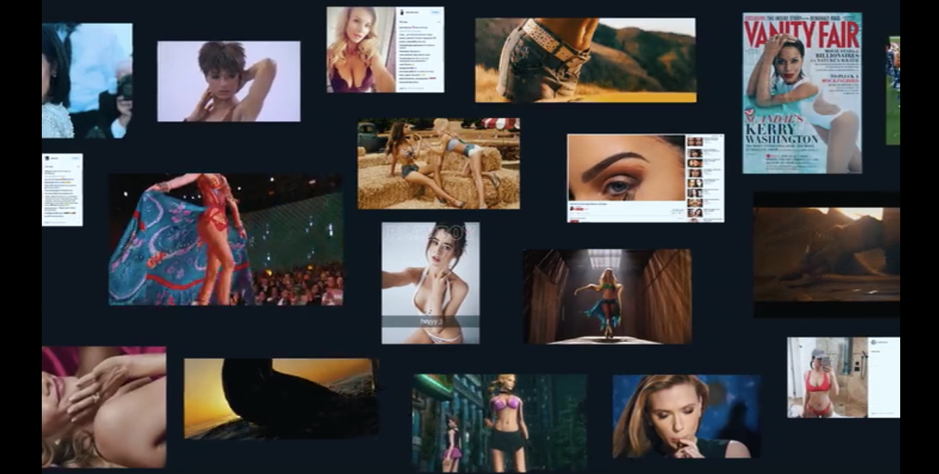 A still image from the film.

“Let’s take a young girl and think about what does it mean that, you know, you’re on the cusp of puberty, you’re trying to figure out what it means to be female. And you’re looking around the culture and what’s coming at you is Beyonce, Lady Gaga, Miley Cyrus... Today, the culture is saying if you behave in a certain way, act a certain way, dress a certain way, then you are an empowered young woman.”

Caroline Heldman argued that young women may believe being treated as a sexual object is “empowering” because it makes them feel wanted and desired.

The film showcases the real-life impacts of the pornification of culture and the sexual objectification of women. The view of women as things existing for men’s use and enjoyment was striking, with young men speaking openly about their tactics to hook up with women, and young women describing frequent and normalised sexual harassment and sexual assault from men who felt “entitled”. Is this really progress? Is it empowerment?