A new way to prey on women. 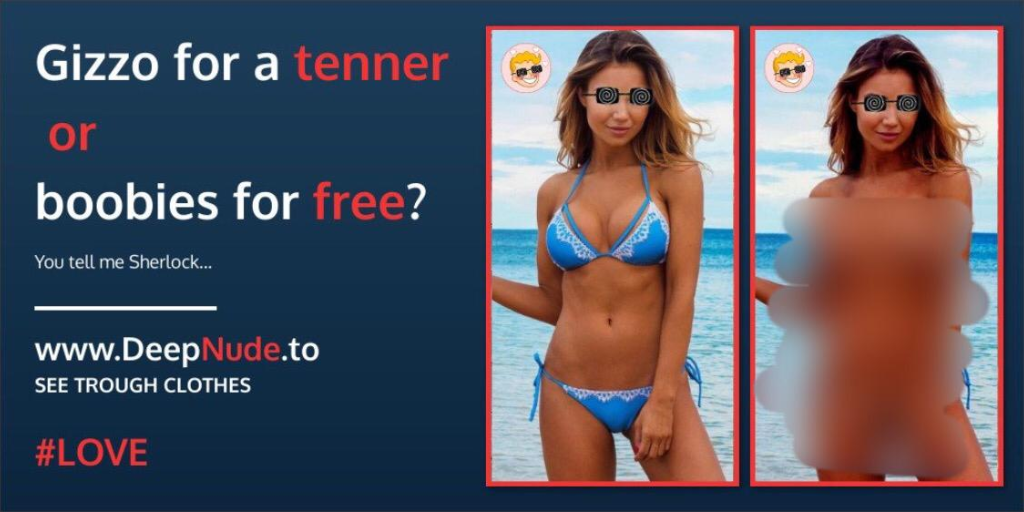 Deepnude.to users can transform images of clothed women into nude images for free, or can pay $20 a month to create unlimited nude images. The developers are anonymous, and transactions take place via Bitcoin.

The app is premised on the violation and humiliation of women. Its purpose is to create pornographic images of non-consenting women.

As reported in Fast Company:

The app is the embodiment of nonconsent. A woman takes initiative to put on clothes, and an anonymous user removes them... Ethically speaking, using the site is essentially a sex violation, like stripping and photographing a sleeping woman.

A new way to prey on women

Last year, we successfully campaigned 7-Eleven to withdraw pornographic magazines that sexualised teen girls and encouraged sexual harassment. The magazines frequently included pictures of upskirting, “nip slips” and other wardrobe malfunctions where celebrity women inadvertently revealed their bodies. These photos, alongside headlines like “Upskirt alert!”, “Celebrity flash fest”, “Oops! Celebrities exposed” and “When boobs escape” were splashed all over the magazines and covers as titillation and entertainment for male readers.

The appeal of these images is in the (criminal) violation of women. The pictures were designed to humiliate women, women who it was understood did not consent to the distribution and misuse of their images.

In a culture of woman-hating, where a growing number of men enjoy the violation, degradation and humiliaton of women and girls, Deepnude.to provides the means for men to target, harass and even extort women.

Similar Deepnudes style ‘novelty’ apps are available on Apple and Google app stores. Twitter hosts the official Deepnudes.to account, promoting the app: “No downloads, no registration, no bullshit. Your daily fix for #deepnude content!” Instagram also hosts accounts dedicated to Deepnudes themed-content, as well as hashtags to assist users in easily finding fake nude images of women. Given Instagram took steps to make certain terms promoting eating disorders “unsearchable” in 2018, it would seem it is possible for them to do the same here.

Report Deepnude.to account on Twitter. There is no specific option for reporting the promotion of image based abuse, but it could be reported under "engaging in targeted harassment".

Report Deepnude accounts or the hashtag #Deepnude on Instagram (see here for instructions on how to report a hashtag).

DeepNude app that undresses photos of women has been taken offline