The New Zealand government has released a series of YouTube ads to promote its 'Keep it Real Online’ campaign. The campaign is led by the Department of Internal Affairs, developed with partner agencies and aims to “support parents and caregivers to keep their children safe online”.

Many of you have drawn the campaign to our attention and asked us what we think. Our team has given it a lot of thought – here’s our response.

We commend the NZ government for acknowledging and responding to the issue of child safety online. As well as video content, there are resources on parental controls and privacy, pornography, online bullying and grooming, and how to report online harm or illegal content. The written resources are easy to read, simple and accessible.

The NZ Government has done more than many governments around the world, which continue to pander to a powerful global industry, throwing kids to the wolves. We are waiting to see what our own Government does with the ‘Protecting the age of innocence’ inquiry report into Age Verification released in February. You can read our submission here.

The NZ videos are clever and compelling. We are pleased the threats posed by on-line predators is covered. We have been investigating and exposing the rampant activities of predators on Instragram, for example. The message in the online grooming ad is: your child may think their online ‘friend’ (they’ve never met) is a child their age and with similar interests. When the ‘friend’ turns up on the doorstep to meet your child, the reality becomes shockingly clear.

The online predator character is portrayed as a middle-aged, balding man. He fronts up at the home of a young teenage girl he’s been interacting with online, dressed in a beige, ill-fitting suit and bearing a red rose. The mother answers the door and asks him questions about who he is and what he wants until the daughter appears in the background and discovers the visitor is her ’13-year-old’ Instagram ‘friend’.

Clearly, his true person, age and appearance come as a shock to the girl. He’s awkward, unfashionable and old enough to be her father. While he appears amusingly clumsy and clueless, most predators we have uncovered are brazen, calculating and sinister. Not bumbling fools – a representation that could potentially minimise his harmful intentions.

Having said that, the mother’s response is strong, showing firm resolve to get the predator away from her child. She turns to her daughter and tells her it’s time to have a chat about talking to strangers online. She then tells the man he's not invited. She says she will call the police – a response we also urge parents and caregivers to take.

There is one ad, however, that we believe has missed the mark and we need to talk about that too. This ad addresses the issue of children being able to freely access pornography online.

Actors 'Derek’ and 'Sue’ show up at the front door naked, to tell 'Sandra’ that her child 'Matty' has been watching them online.

“We’re here because your son just looked us up online, you know, to watch us,” says Sue to the stunned mother. “We usually perform for adults but your son’s just a kid, he might not know how relationships actually work”.

“We don’t even talk about consent do we, no we just get straight to it.”

“Yeah and I’d never act like that in real life,” says Derek.

It is positive that ‘consent’ is mentioned as this is never discussed in porn’s most popular genres, many of which are based on the violation of consent, which is part of the attraction. It’s also good that the mother decides to talk to her son. But this ad is problematic.

And they’re not watching two happy people, bursting with health, having a good time between the sheets. 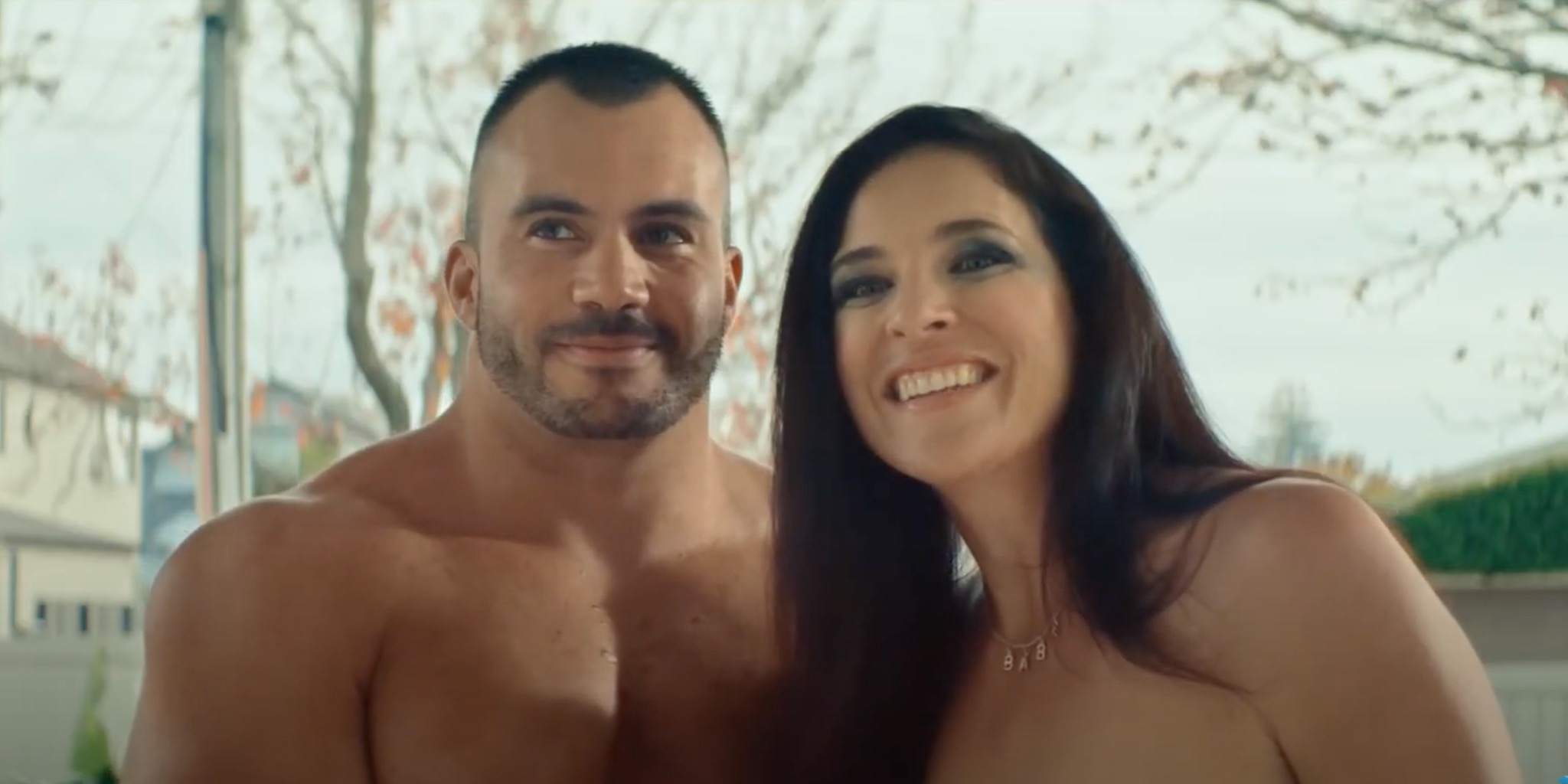 What they’re seeing is sexual aggression, violence, rape and child sexual abuse. To suggest this is an industry concerned about the well-being of children could not be further from the truth. 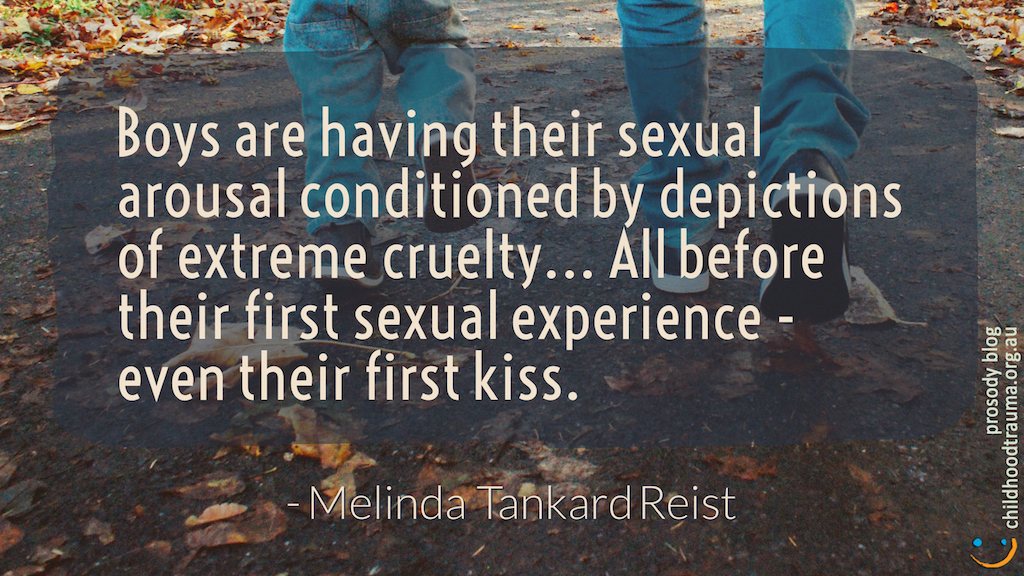 This is not a fair fight. Parents are up against an almost $100 billion dollar industry, which has successfully embedded its product into main stream culture. Media and advertising have become increasingly pornified.

Billboards for brothels and strip clubs are positioned outside schools, council buses collecting children from prep to year 12 are plastered with ads for live-streamed sex shows. As the title of a Middlesex University report on the effect of pornography on children says, “Basically…porn is everywhere…”. 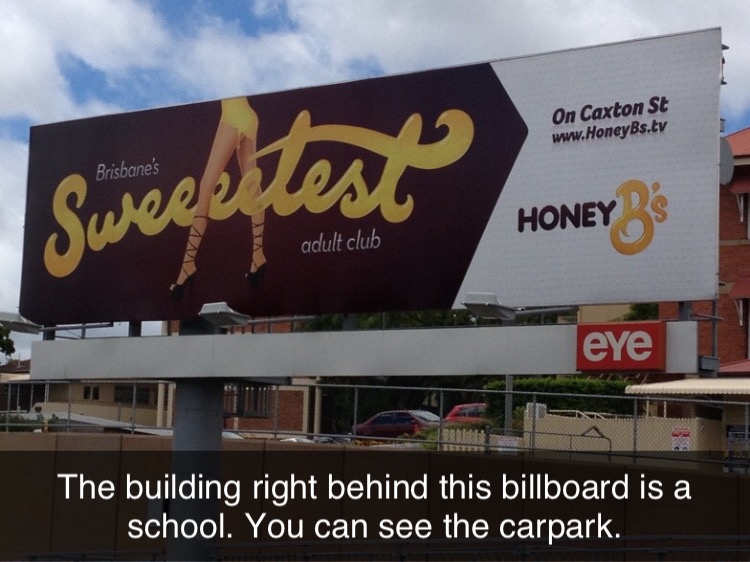 Would we allow the alcohol industry to be represented in a similar way – presenting on the family doorstop advising a mother that her child had been illegally drinking – with nothing required of the industry?

“I wouldn’t act like that in real life” says Derek. But he does. What he does to women on film is real life for the women being used in the industry. Women in pornography are subject to brutal sexual violence and humiliation.

For some reason, there is no father to be seen in the predator video and the online grooming video. Are mothers supposed to handle this overwhelming issue on their own? Surely dads need to be encouraged to step up to the plate as well?

To conclude – there are some definite positives in these videos. But some limitations which need to be considered for next time.