Playboy, Brooke Shields and the fetishisation of young girls

The passing of Playboy founder Hugh Hefner prompted both positive and negative eulogising. From one perspective, he was a revolutionary who helped to dismantle the long-standing secrecy and shame surrounding sexuality. And from another, he simply popularised the objectification of women for the gratification of men.

The most surprising detail to emerge after Hefner’s death was that Brooke Shields had featured in a Playboy publication called Sugar and Spice when aged only 10 years old in 1975. Photographer Gary Grosse received $450 to take the photographs of the heavily made-up Shields posing naked in a bathtub. The Sugar and Spice series of books in which the images appeared promised “surprising and sensuous images of women” from contemporary photographers, coding them as “artistic”.

The ongoing controversy about the images, particularly once Shields was old enough to realise that she did not want them in the public domain, affected Grosse’s career as a fashion photographer and he eventually became a dog trainer. Yet the fallout from the exploitative images did not significantly tarnish the Playboy name or Hugh Hefner. Shields featured on the cover of Playboy in 1986 at age 21. 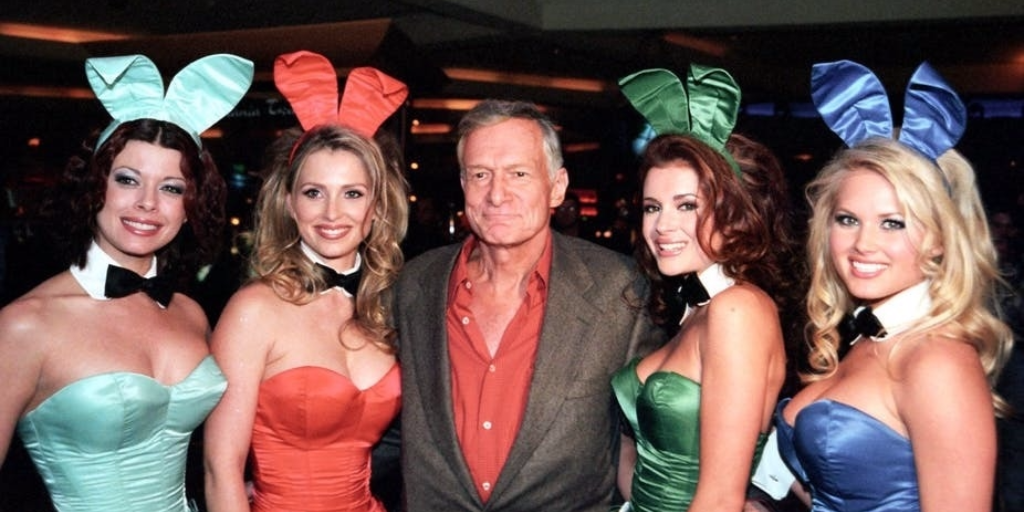 Today in the United States it is a felony in most jurisdictions to publish a nude photographof a model aged under 18. However, laws about publishing images of minors were not as definitive historically and internationally, particularly if a model’s parent gave consent.

As the internet has become ubiquitous, we have become much more aware of the existence of child pornography and of the paedophiles who seek it out. Viewing and trading sexual images of children is not only a criminal act, but one of the most widely reviled behaviours possible. But pornography and popular culture have often exploited the line between girls and woman with the fetishisation of girls or women who look young.

While clearly most people are at the peak of their physical attractiveness in their youth, the fetishisation of young boys for a heterosexual female audience is nowhere near as common as the obsession with young girls within culture aimed at older men.

One obvious reason for this difference is the historic value that has been placed on female virginity in a way that it is not for men. This includes older ideas about the importance of a virginal bride for ensuring that all of her children were legitimate, to more recent notions of women with sexual experience being “sluts” or dirty.

Today the vast majority of people in countries such as the United States and Australia have sex prior to marriage. This could be one reason why girls continue to be sexually fetishised, as they symbolise an innocence and purity that most young women are no longer seen to represent.

Conversely, at least nine minors, aged 16 and 17 at the time of photographing, have featured in American and international editions of Playboy. In 1958 Hefner was brought before a court after publishing images of 16-year-old Elizabeth Ann Roberts in a feature entitled “Schoolmate Playmate”. Roberts was described as a “bouncy teenager” occupied by “reading and writing and ’rithmetic”, but she looks physically tiny and vulnerable in the images. The charges were ultimately dropped as Roberts’ mother had consented to the shoot.

The images of Brooke Shields published in Playboy’s Sugar and Spice series have been widely circulated in the wake of Hefner’s death as an example of why he should not be celebrated. People are certainly right to be alarmed by images that figure a 10-year-old as an object of sexual desire. However, it is important to see the images of Shields as simply the most egregious example of the way that magazines such as Playboy have contributed to a culture that fetishises girls.