The Easter Bunny described as 'sexy' by Hugh Hefner

Collective Shout supporter Emily has alerted us to Playboy's latest product placement, kids Easter Film 'Hop.' Like many others will do on the school holidays, Emily had taken her child to see the film. 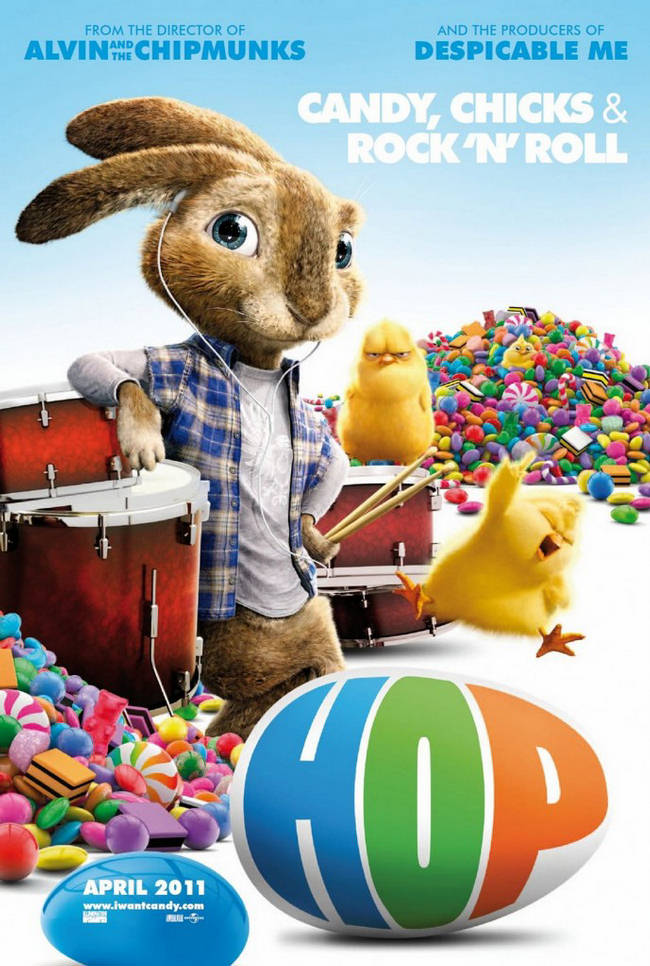 The Easter Bunny (EB for short) had come to Hollywood seeking fame and fortune, but the poor little guy had nowhere to stay. He walks around Hollywood for a while with his little map and tourist guide, looking forlorn. Then the light bulb comes on above those little rabbit ears! Where do you think he ended up? Why, of course! The Playboy mansion with the iconic bunny prominently displayed upon those huge metal gates. EB had a word with the man of the house via the security camera at the front gate (the voice of Hugh Hefner) stating something to the effect of 'sexy bunnies from all over the world stay at the Playboy mansion' and that he thought he qualified as a sexy bunny (my apologies...I can't remember the exact quote).So I guess my question if this...how in the world could any of the people involved in the production of this movie have thought it appropriate or amusing to include a brand that peddles pornography in a G rated children's movie? There were no actual 'bunnies' depicted in the movie. Hugh Hefner only lent his voice to the movie. I know Playboy has already saturated the children's clothing market with their cute little 'bunny' products. But as far as I am concerned, this is just one more step in the wrong direction. And the people headed in this direction are not taking a stroll along a country lane. They are sliding, out of control, down a treacherous and slippery slope.

The continued placement of this brand on products that aren't otherwise pornographic contributes to the mainstreaming of pornography in our culture. Pornography and the sexist and degrading attitudes that go along with it is normalised and accepted.