CHILDHOOD innocence is being swamped by a tidal wave of pornographic imagery, with NSW’s First Lady Kerryn Baird fearing we have “lost the argument” over sexually explicit material. 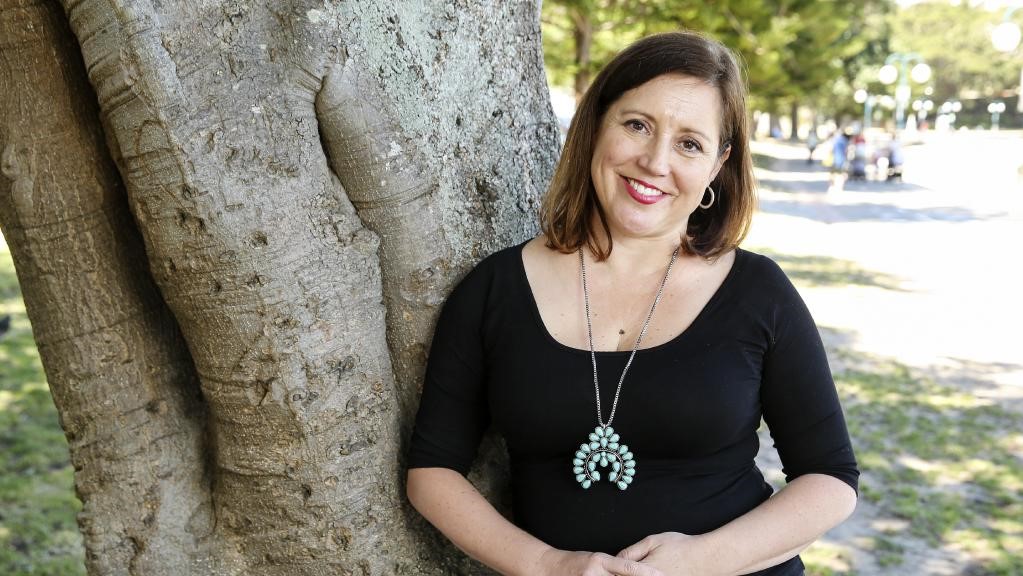 Kerryn Baird has a new role as ambassador for Collective Shout, which sticks up for girl’s rights and fights objectification. Picture: Justin Lloyd

The mother of three teenage children, and wife of Premier Mike Baird, said explicit imagery was assailing youngsters everywhere, from shopping centres to music videos and even via their devices.

Mrs Baird has signed on as an ambassador for grassroots girls’ and women’s rights advocacy group Collective Shout to help parents speak up.

Concerned for the future of her children Laura, 19, Cate, 17, and Luke, 13, Mrs Baird said parents faced a constant battle because it appeared the corporate world was “not understanding” and governments and police were “playing catch-up”.

“I feel we’ve become saturated and you don’t even notice, these things creep in and it’s the new normal — but it’s not normal,” Mrs Baird said.

“I want a world in which we describe girls not as sexy and hot, but as worthy, strong, healthy, active, imaginative.”

Just last week a Calvin Klein advertising display at Westfield Chatswood was removed after complaints by Collective Shout on behalf of a mother who was “horrified” to see the raunchy images while with her daughter.

Screen shot from the Collective Shout's Facebook page, captioned: “Calvin Klein have a history of objectifying and sexualising women and girls.”

Calvin Klein did not comment but Westfield Chatswood said: “We shared these concerns with Calvin Klein and are pleased to report that they have replaced that particular artwork overnight.”

Mrs Baird said while parents might feel the issue was overwhelming, “we can have a voice and make an impact”.

“This is too important an issue to push aside,” she said.

“We can work together.”

Mrs Baird said accidental exposure to pornography — kids typing in “silly” words on search engines and being confronted by “quite explicit” pop-ups — was another worrying trend and one that can have “dreadful” ramifications: “Once innocence is lost you can’t get it back. It can just be a moment. Images impact children so strongly.”

Collective Shout co-founder Melinda Tankard Reist said she was delighted to have Mrs Baird on board.

From left, Charli Williams, 15, with her friend Jordan Van Esveld, 15, and her sister Madison Van Esveld, 13, are focused on fitness rather than body image. Picture: Jonathan Ng

Ms Tankard Reist said children were growing up in a “shadow cast by hypersexualised images and toxic messages, giving them unhealthy ideas about their bodies, relationships and sexuality”.

“Girls think they have to be hot and sexy,” she said.

“They live in a culture that rewards exhibitionism.

“We know this is having a terrible impact on their physical and mental health.

“How long do we go on for before saying, that’s enough?”

Collective Shout is also calling for shops and food outlets such as McDonald’s and KFC to stop playing explicit music videos in the middle of the day. “We’ve just become so numb to it as parents but when you bring your four-year-old to a fast food restaurant ... you forget that (the videos) is going to have an impact on them,” Mrs Baird said.

Looking back on her own childhood in the 1970s, Mrs Baird said the stark contrast between her simple jeans and T-shirts and today’s clothing was troubling.

“You’ve got sexy little bras for four-year-olds. Why? Or words they wouldn’t even know what they mean,” she said.

They do cheerleading and dance but the focus is on fitness and strength, not appearance, using “age- appropriate dance (moves) and music”.

“Children have to be children.’’

For best friend Charli Williams, 15, whose mother Clair is a fitness instructor, it’s also all about health rather than body image.

As originally published in The Daily Telegraph