Rose’s friend, Avri, has since come forward and shared her experiences in a series of tweets.

The videos were left up overnight and finally removed in the morning, but only the ones where it was undeniably obvious I was a toddler. The ones where I was older - 9 or 10 - were left up; they were very popular. Finally, a full day after being flagged, they were removed as well. 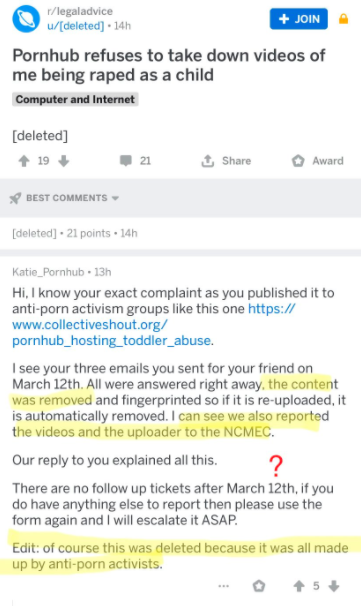