Movement Director Melinda Tankard Reist spoke to Eternity News about the latest developments in the campaign.

“We will continue to chip away. The announcements from Visa and Mastercard is a big ‘chip’.” 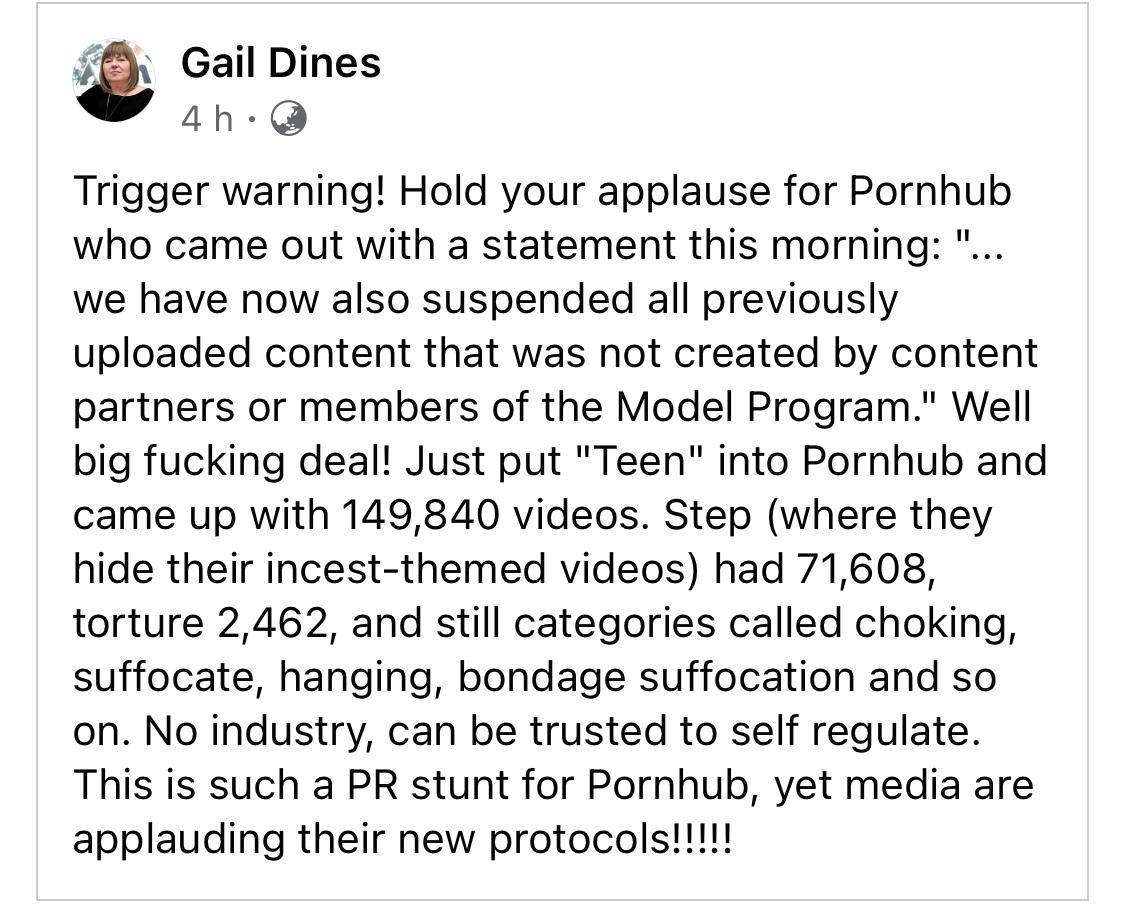 A blog post on Pornhub's website indicates these changes are not evidence of taking responsibility or acting ethically. The post names NCOSE and Exodus Cry, blaming the #Traffickinghub campaign for compelling them to take these actions and claiming, “It is clear we are being targeted not because of our policies and how we compare to our peers, but because we are an adult-content platform.” An adult-content platform that hosted videos of toddlers being raped, women being abused and tortured.

Stay tuned for more updates on the #Traffickinghub campaign.