One man, five days and actually caring about the community has achieved what Ad Standards, a comprehensive advertising Code of Ethics (and accompanying Practice Note), a 22-member panel and a weeks-long review process could not: takedown of a sexist, objectifying advertisement from Perth’s public buses. 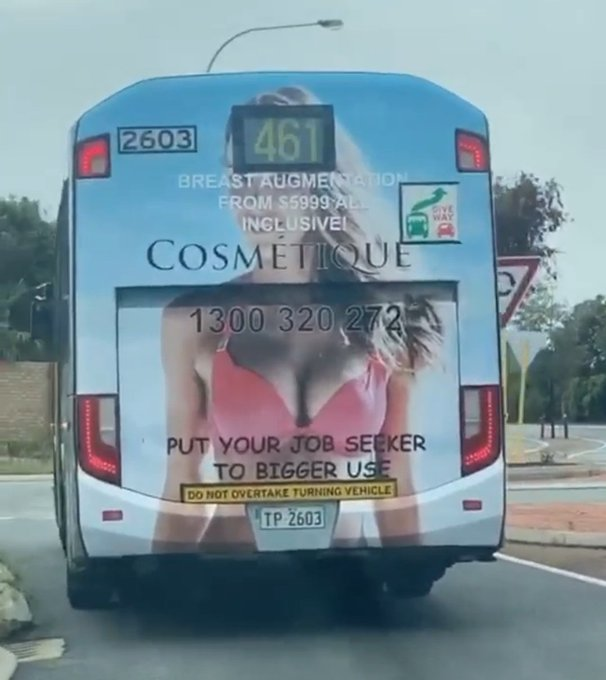 The ad gained media attention in October after a video showing its placement on the back of a Transperth bus traveling on suburban streets was shared to social media. It drew objections for its use of sexist, degrading imagery - an oversized image of a woman's bikini-clad breasts and torso (she was rendered faceless due to the position of the route number signage and ad text). And of course for its message encouraging women to use JobSeeker payments for breast enhancement - what a mockery of the intention of the JobSeeker program, designed to prevent total devastation due to COVID-related unemployment.

Its placement on a Transperth bus meant that it was presented indiscriminately, on state government property, to a non-consenting, all-age audience.

The PTA was quick to respond, determining that the ad was out of line with its values. Peter Jones told us:

“Once Transperth was made aware of the contents of the advertisement, we considered it to be inconsistent with our brand values, and advised our contractor (JCDecaux) it was not a suitable image to display on our infrastructure. We will continue to work with JCDecaux to ensure that advertisements on Transperth buses align with our organisation’s values.”

While it doesn’t preview ads before they are placed on Transperth buses (this is tasked to the Outdoor Media Association which, we were told, knocked back Cosmetique's first 'two or three' backside-bus boob job ads before approving this one), the PTA investigates community complaints to determine whether ads comply with its own standard and takes action accordingly.

The whole process - from receipt of complaints to takedown of the ad - took about five days. It was finalised weeks before Ad Standards made its own ruling responding to community complaints about the ad. And besides its long, drawn-out review process which failed to bring a timely ruling, Ad Standards didn't even uphold community complaints, determining instead that the ad was neither degrading nor overly sexualised.

Peter from the PTA understood that an ad featuring a woman reduced to sexualised body parts wasn't ok for Perth buses. Why didn't Ad Standards?

Ad Standards’ endorsement of this objectifying ad - one it categorised under ‘Health Products’ - of course comes as no surprise. We’ve documented its years-long history of endorsing porn-themed ads for viewing by children, even giving its nod of approval to sex industry ads on school buses. 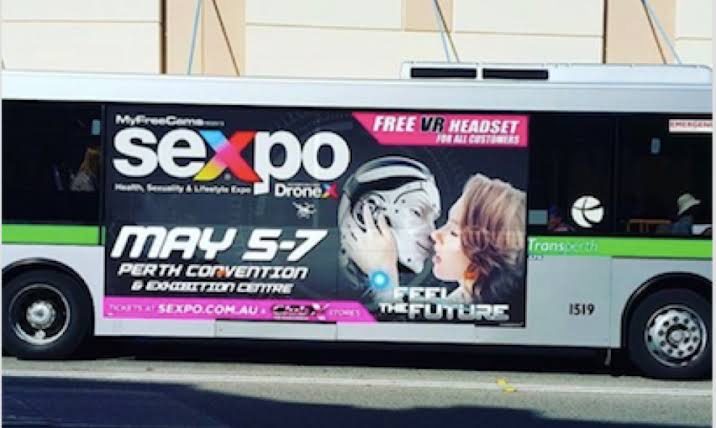 This is yet another case highlighting the failures of the self-regulated complaint-handling system. By the time Ad Standards finished its lengthy review process and endorsed Cosmetique's degrading ad, it was long gone - thanks to Peter from the PTA. Due to its contractual arrangement with JCDecaux - one which has built-in financial incentives - the PTA can take action to ensure demeaning, sexist portrayals of women don’t end up on its buses again. Peter from the PTA accomplished what Ad Standards can't and won't.

Ad Standards Board rules Sexpo can advertise to school kids