A woman slumps in a bathtub full of water, arms tied behind her back, her thighs and ankles bound. Another is restrained: several layers of rope snake around her shoulders and chest and criss-cross around her neck. White liquid (suggestive of semen) is splashed between her breasts and oozing from her mouth. Yet another reclines on a bed, shirt unbuttoned to expose her cleavage. A man’s hand grips her rope-bound neck. There are others. Some wear fetishised costumes, playing the role of nurse, maid, school girl or flight crew. Others are naked. They are accessorised with duct tape and blindfolds. Some look comatosed, others distressed and in pain. Still others look lifeless. They all have Asian features. One woman is bound and propped on a toilet, as though to remind her of what she’s viewed as and how little she’s valued.

There are hundreds of these images. Tagged #Asianbondage, they carry the themes of submission and sexual servitude of Asian women.

Why is mainstream social media giant Instagram - a platform pitched to a 13+ audience - playing host to racialised fetish and misogyny? 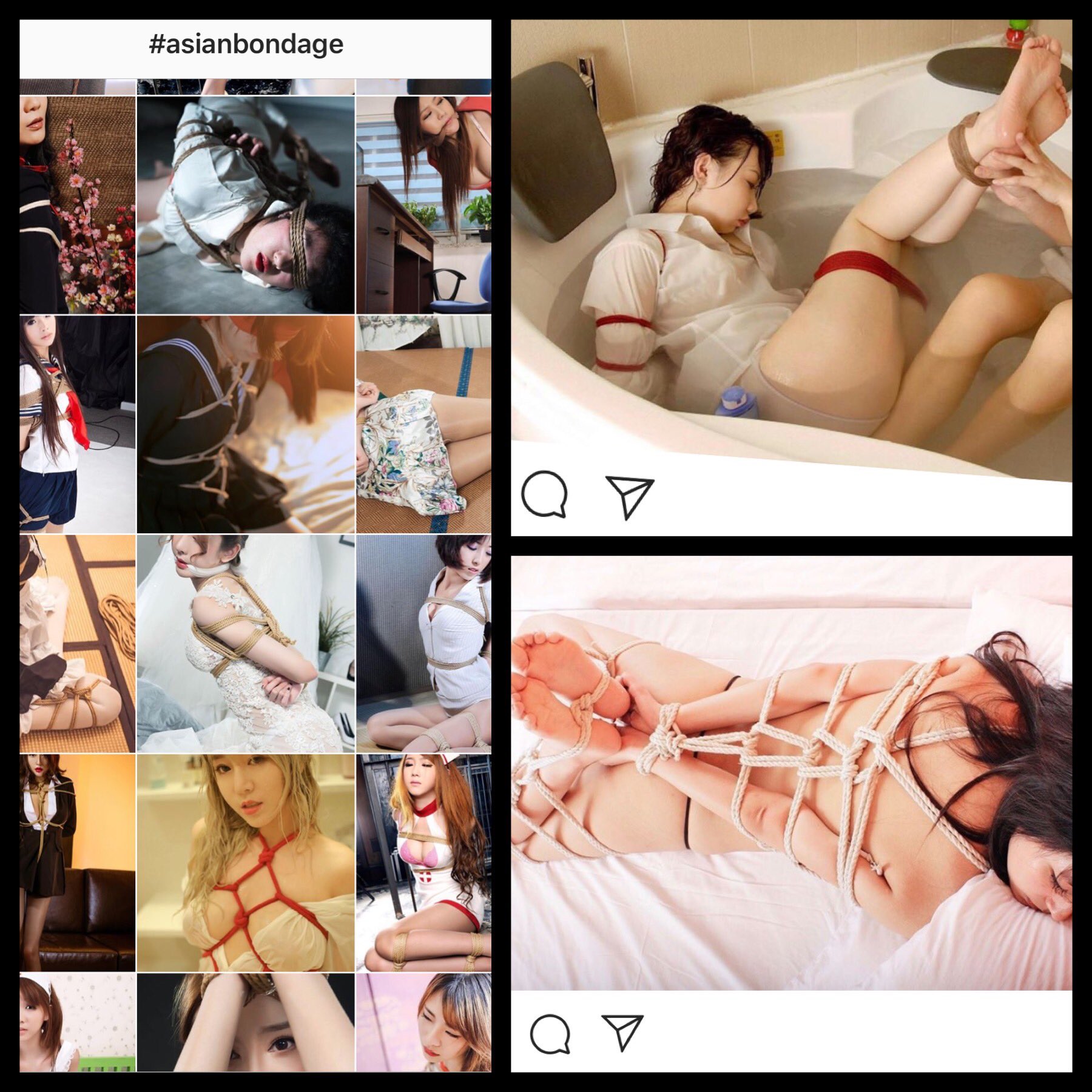 Despite our call to Instagram to address its child predator problem and to improve safety measures on the platform, even underage girls are victimised. One image of a young girl with Asian features was captioned ‘thicc Asian’, while another attracted comments such as ‘Love Asian food’ and ‘Taste the sweet and sour’. Bondage and torture narratives are also attached to images of young girls. The image below shows an 11-year old girl and a friend in a staged ‘Christmas light challenge’. In the comments, predators reflected on the girls’ bound state and described sex abuse fantasies involving rope and duct tape. 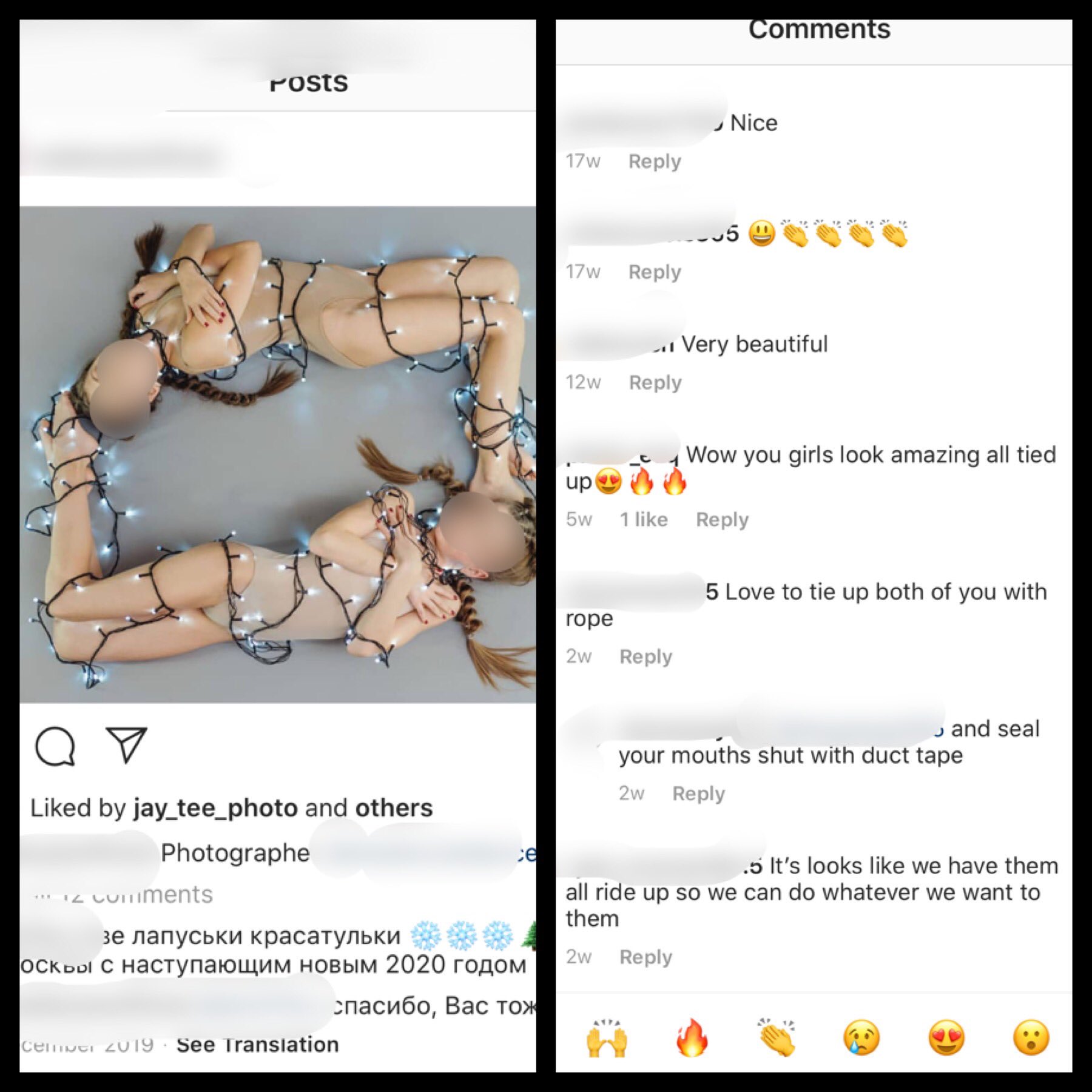 Continuing the broader theme of women and girl hatred is an account (recently pointed out to us by a supporter) called girlsgettinghurt. True to its name, the page - with 648k followers - is dedicated to sharing videos of girls injuring themselves. The page appears to trade off of the popular “fails” genre of video shorts, but there’s something sinister about an account dedicated to ‘girls getting hurt’ as entertainment: it’s an open invite to the audience to participate in and celebrate the real-life pain of women and girls.

In one clip, a girl wearing a high school cheer uniform appears to be heavily intoxicated. The camera follows her as she stumbles into a glass door and collapses on the floor. The video drew a host of predatory, rape-themed comments, such as 'Perfect for that a**f***ing', and 'She’s gonna be a lot of fun for somebody'.

Several videos carry a “Sensitive Content” warning, stating “This video may contain graphic or violent content.” One of these shows a group of young people standing on a river bank. A young woman jumps from the bank while holding onto a rope swing. The camera pans as she plummets face-first into the shallow water below. Did she even survive? Is she paralysed? How is this entertaining? The tone of comments on this post and others - which include victim-blaming ('she deserved it', 'karma'), name-calling ('slut', 'trashy bitch') and misogyny ('where are all the serial killers when you need them?') - is distressing. Where is the compassion? The outrage? Is this a hate group? Does Instagram endorse these attitudes? Why is it broadcasting them? 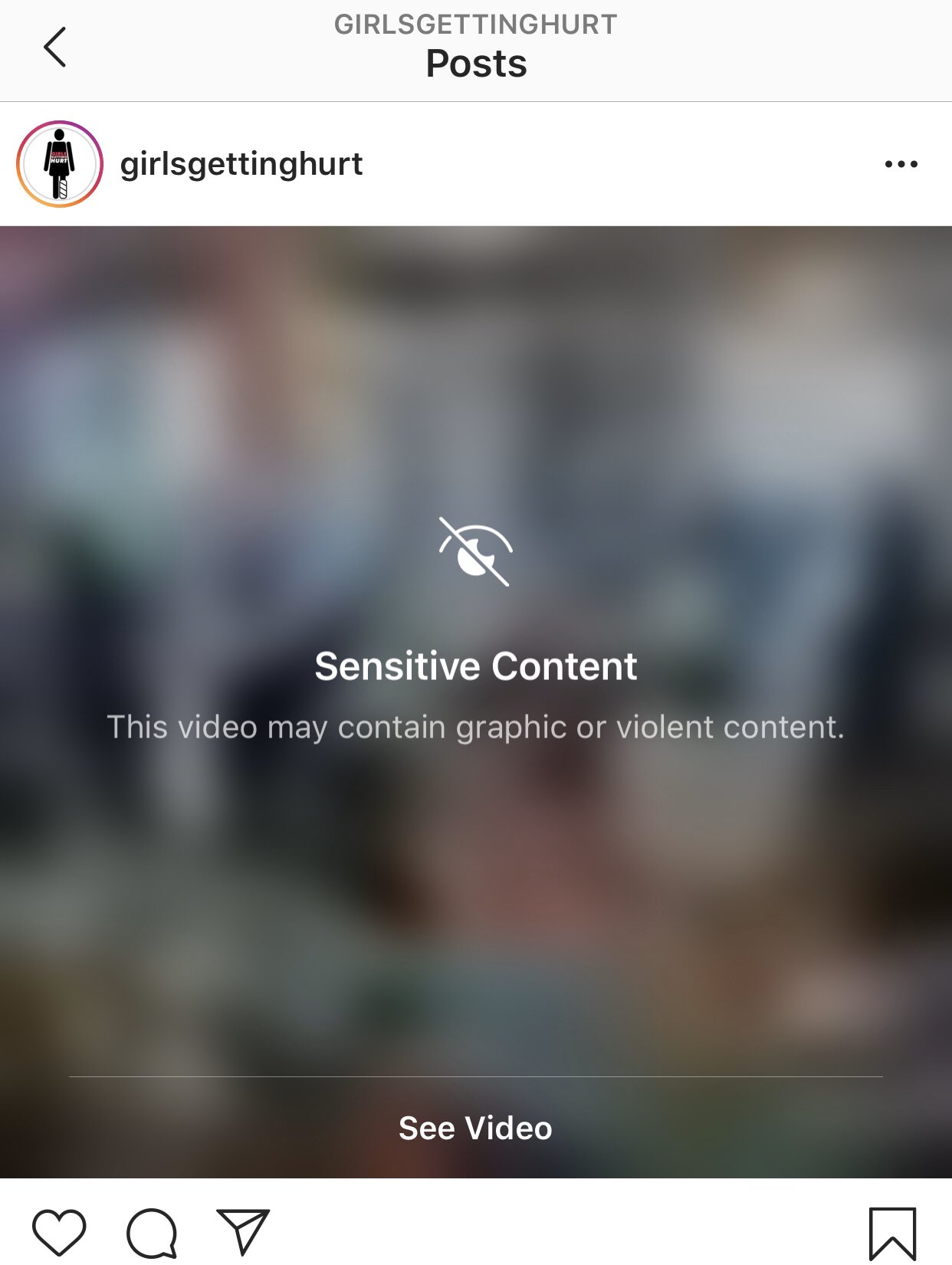 When Facebook-owned Instagram accommodates racist, sexualised bondage and torture images of women and girls, and offers up real-life pain and injury of women and girls as entertainment, we must ask: what sort of culture is it hoping to foster, on its own platform and in society at large? Should Instagram users get a free pass to promote misogyny, racialised violence or the fetishisation of little girls? Is there more Facebook could do to combat the degrading and exploitative treatment of women and girls on its platforms? What repurcussions will there be if they don't? 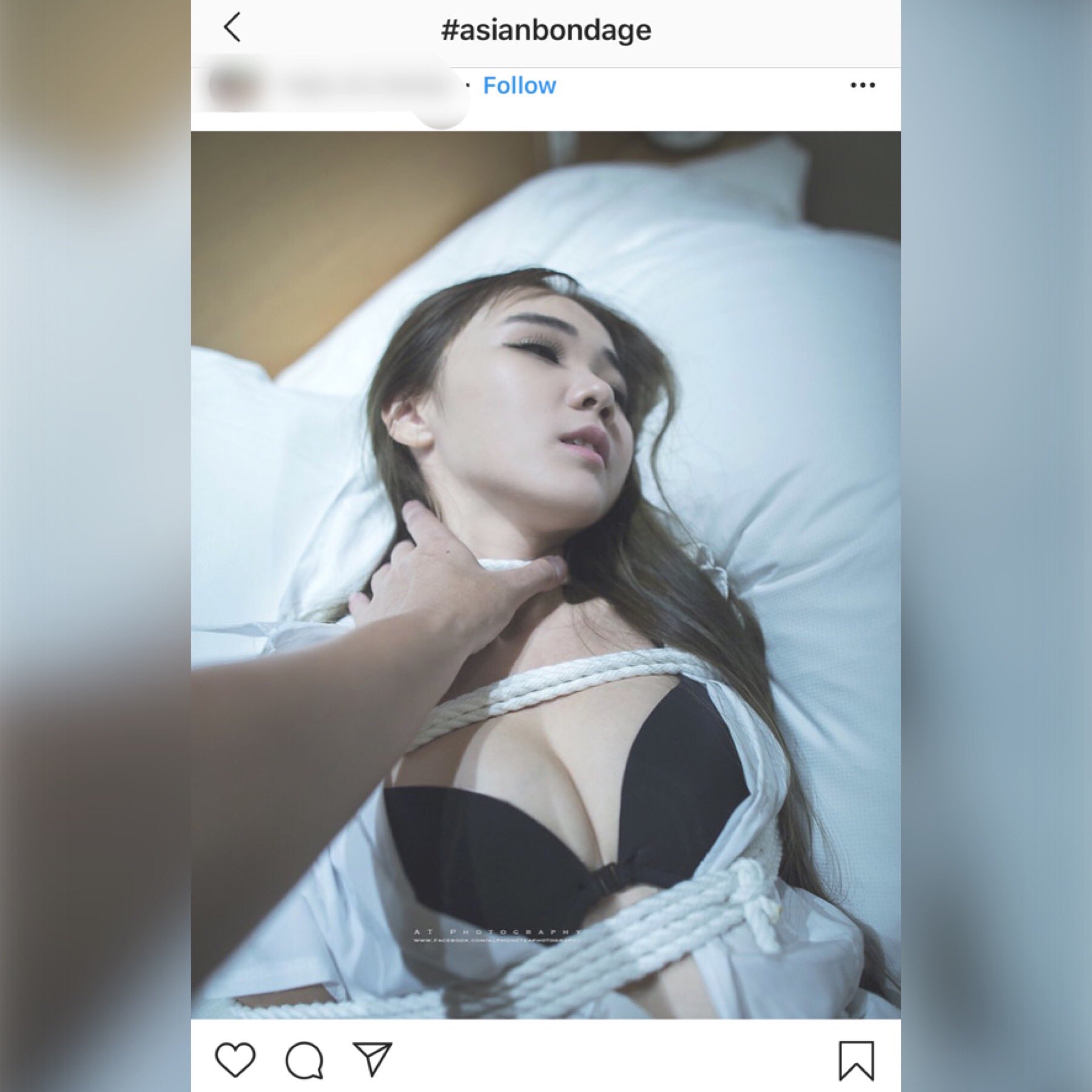 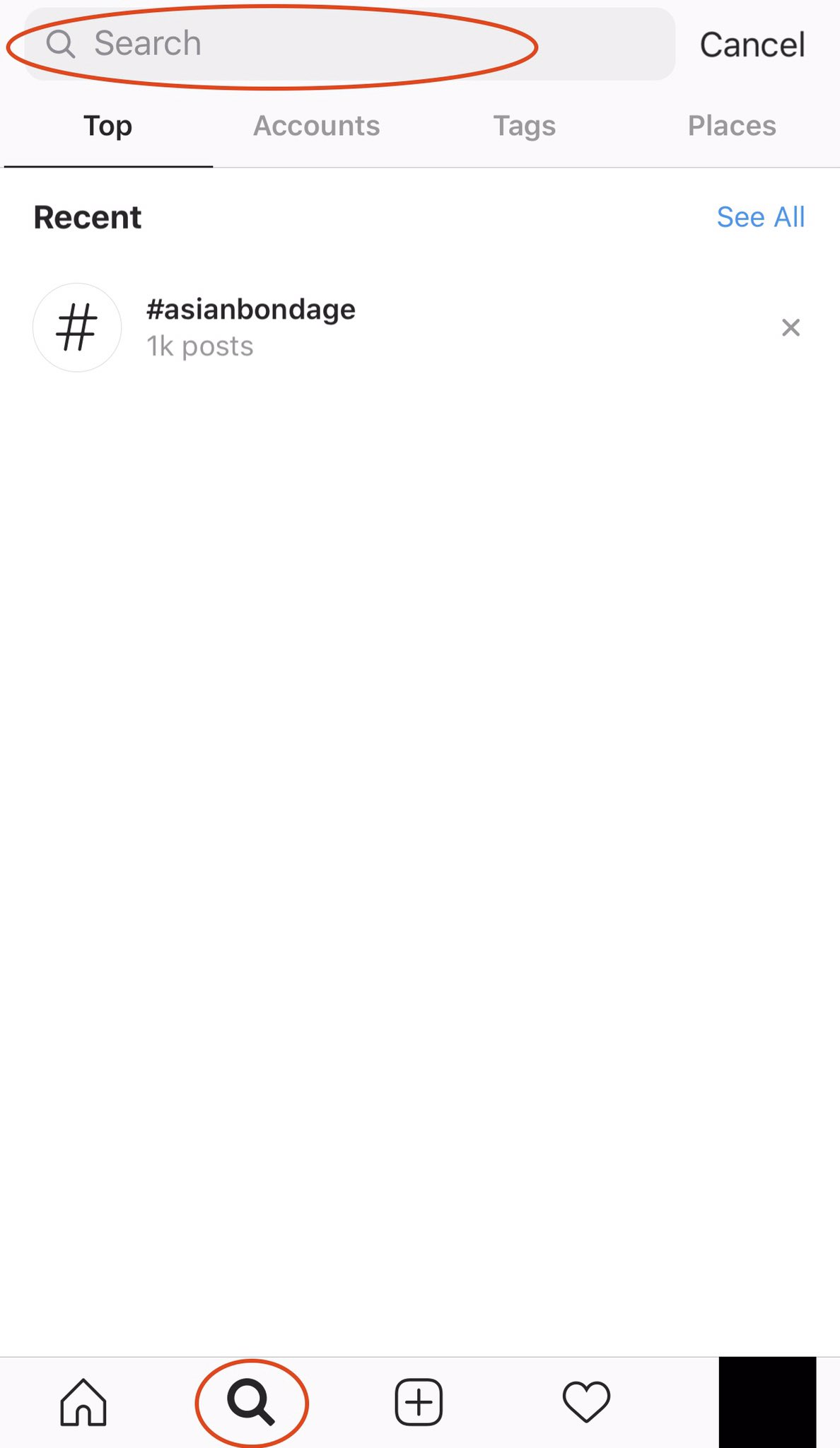 3. Tap 'Give feedback on this hashtag' 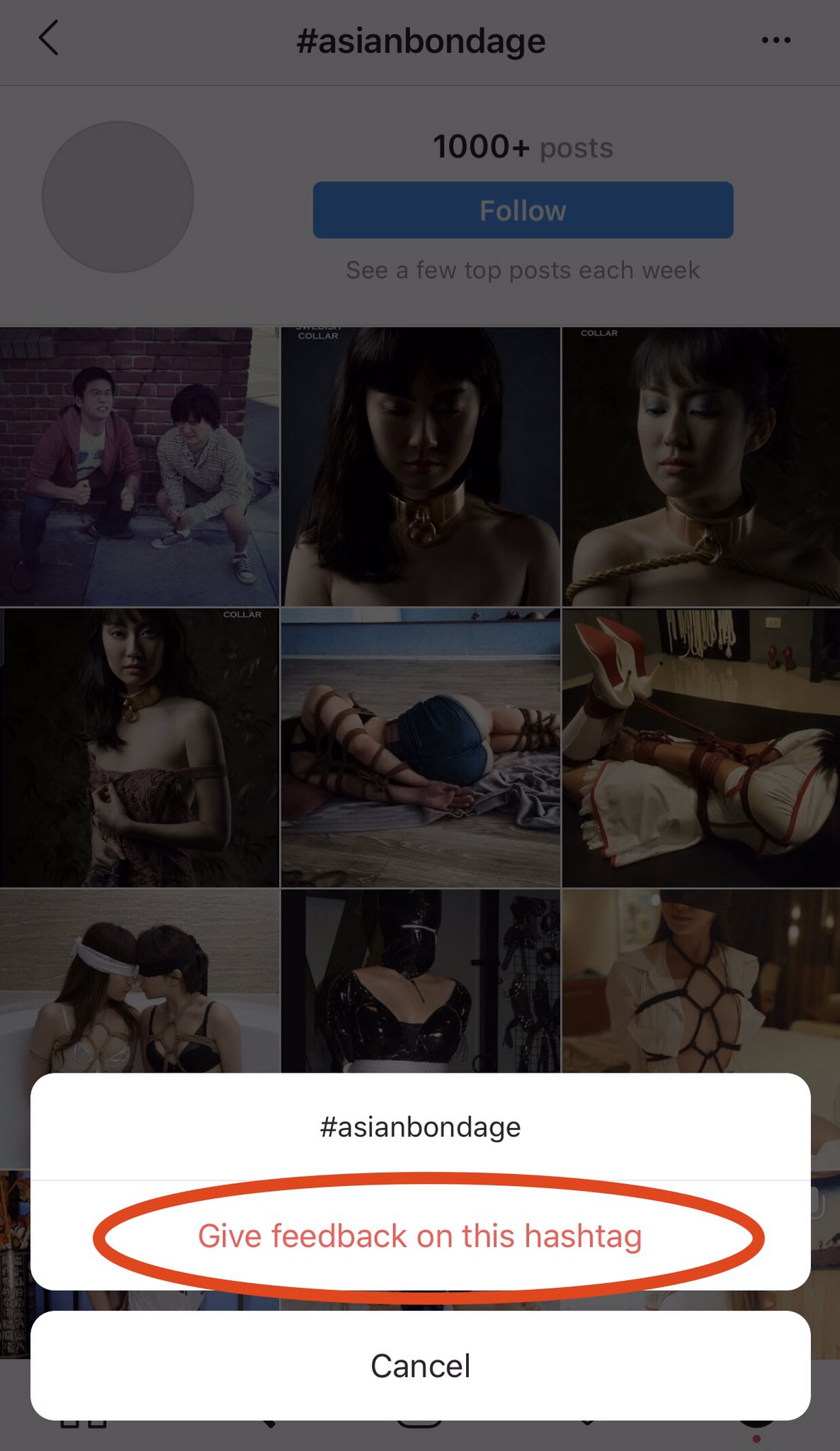 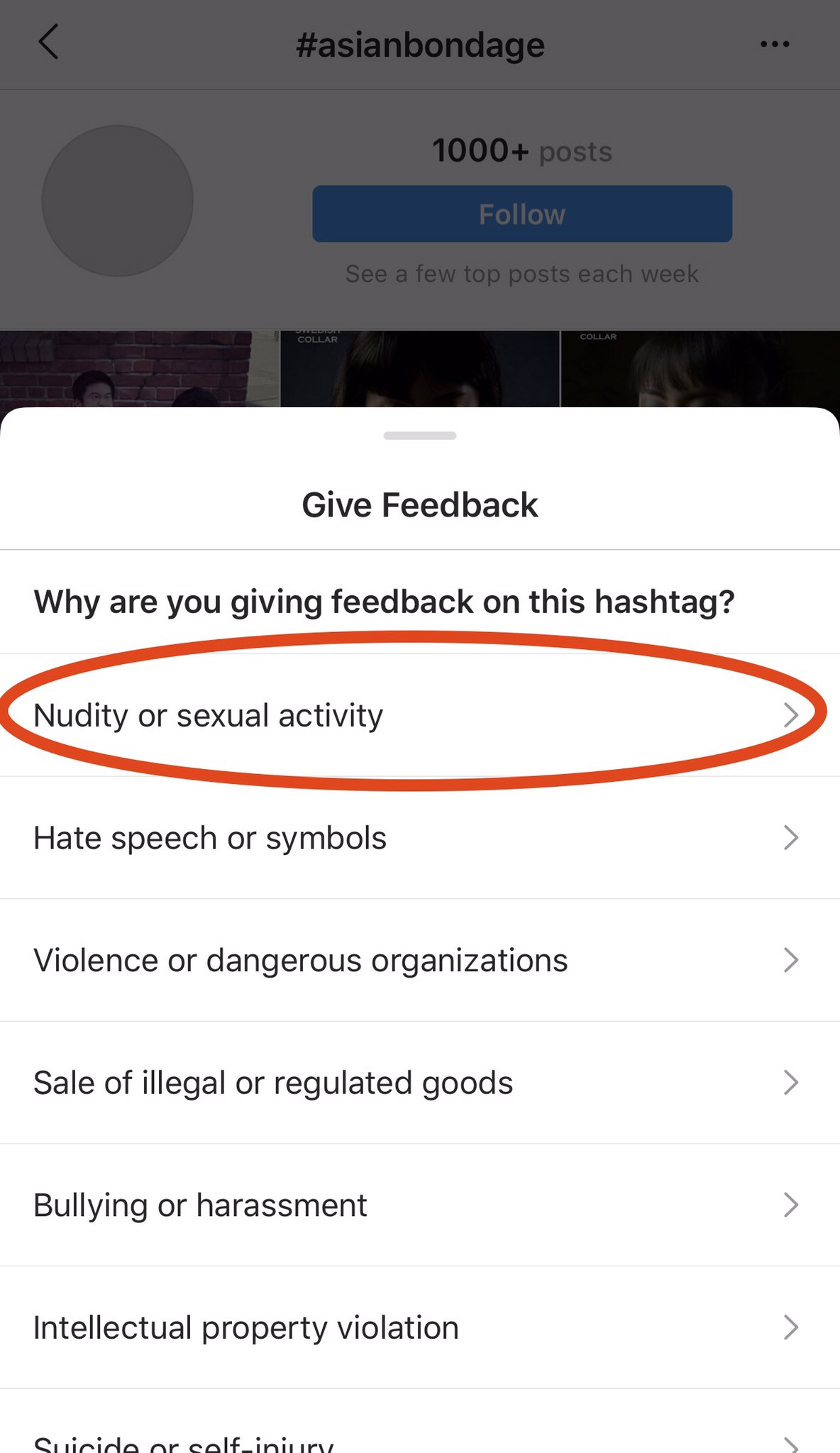 5. Select 'Sexual exploitation or solicitation', then tap 'Give feedback' 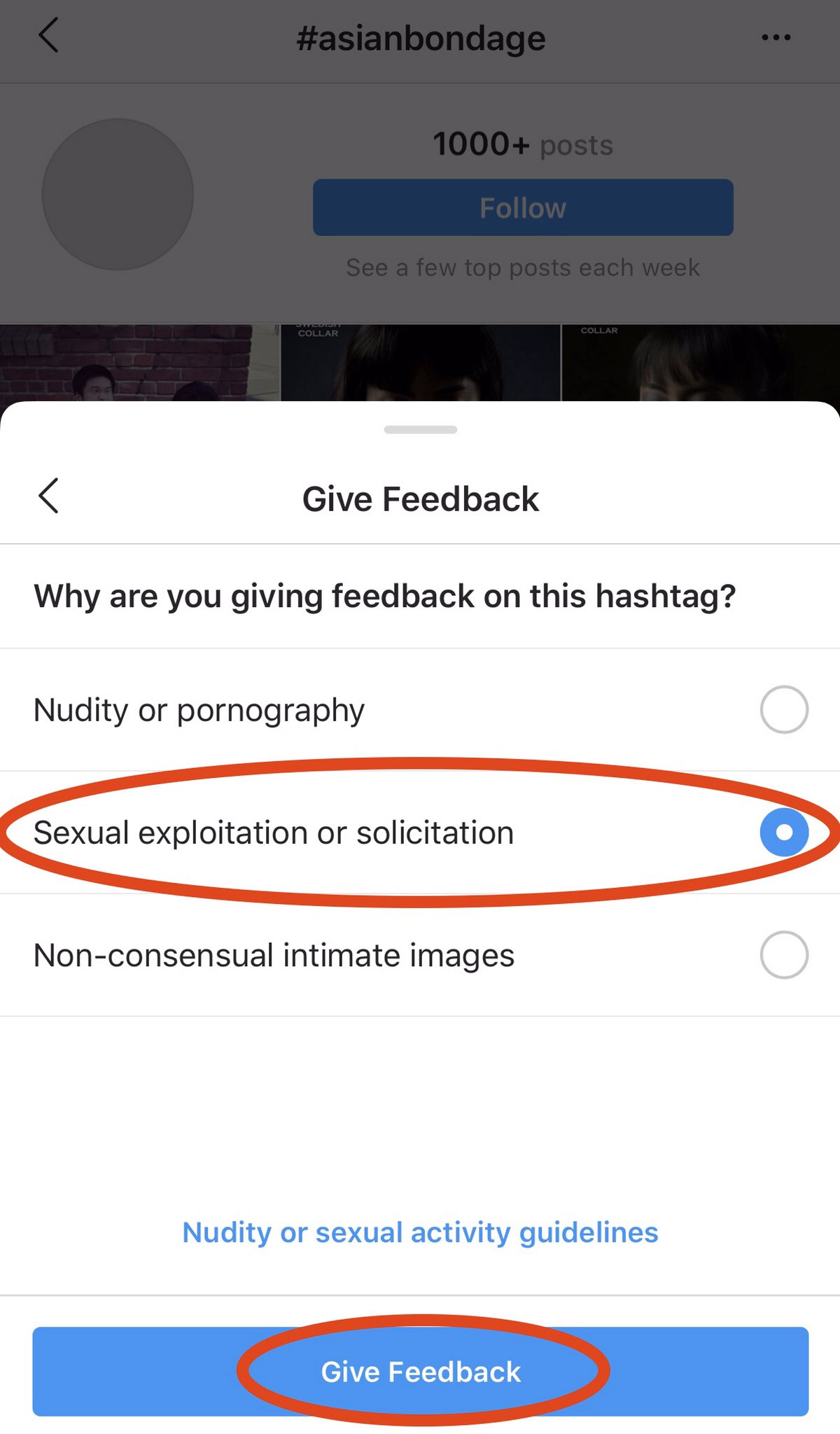 Let us know if you hear back from Instagram.