“My daughter was on a kids’ games site and a porn-pop up appeared.”

We have allowed a never before seen experiment on the sexual development of our kids – and we’re now seeing the results.

Living in a porn-flooded eco system, kids are acting out in sexually inappropriate ways in the playground and beyond - becoming copycat predators. More personal accounts shared with me show how little girls are impacted:

“My 10-year old granddaughter was approached by a boy while waiting for the school bus and asked, ‘Do you do arse?’”

“My 8-year-old found a note in her school bag which read, ‘Ready for sex?’”

No boy is born this way. This is learned behaviour. 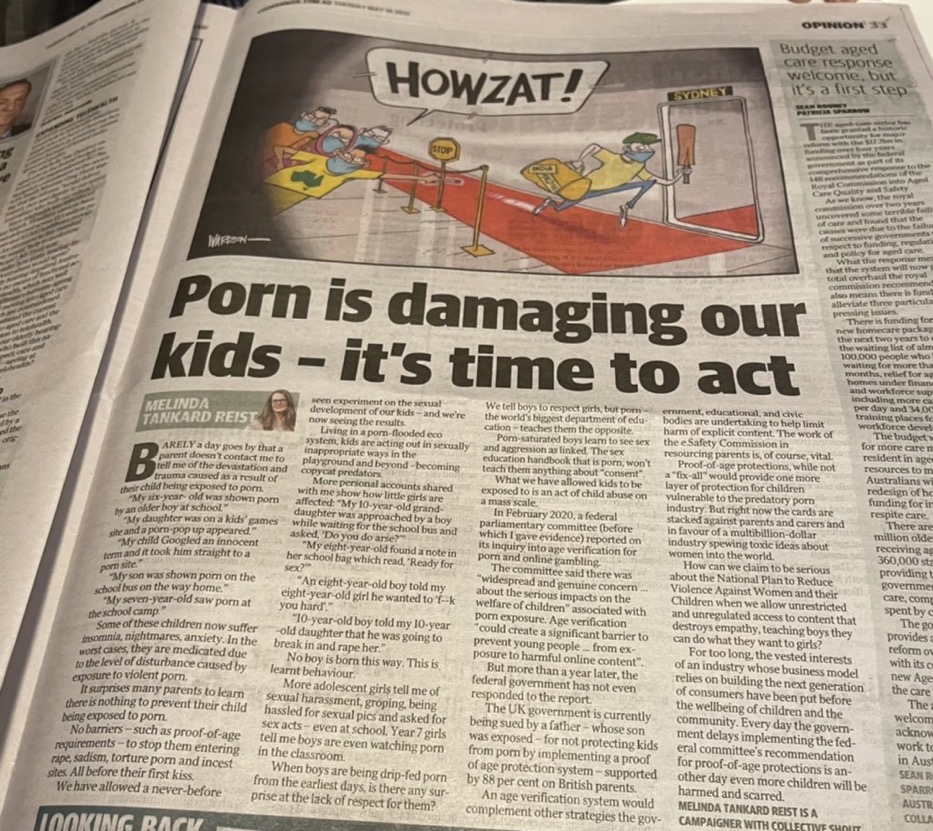 What we have allowed kids to be exposed to is an act of child abuse on a mass scale.

But more than a year later, the Federal Government has not even responded to the report.

An age verification system would complement other strategies the Government, educational, and civic bodies are undertaking to help limit harm of explicit content. The work of the e.Safety Commission in resourcing parents is, of course, vital.

But right now the cards are stacked against parents and carers and in favour of a multi-billion industry spewing toxic ideas about women into the world.

How can we claim to be serious about the National Plan to Reduce Violence Against Women and their Children when we allow unrestricted and unregulated access to content which destroys empathy, teaching boys they can do what they want to girls?

For too long the vested interests of an industry whose business model relies on building the next generation of consumers have been put before the wellbeing of children and the community. Every day the Government delays implementing the Federal committee’s recommendation for proof-of-age protections is another day even more children will be harmed and scarred.

Melinda Tankard Reist is a campaigner with Collective Shout

UK age-verification has kids – and parents - at heart