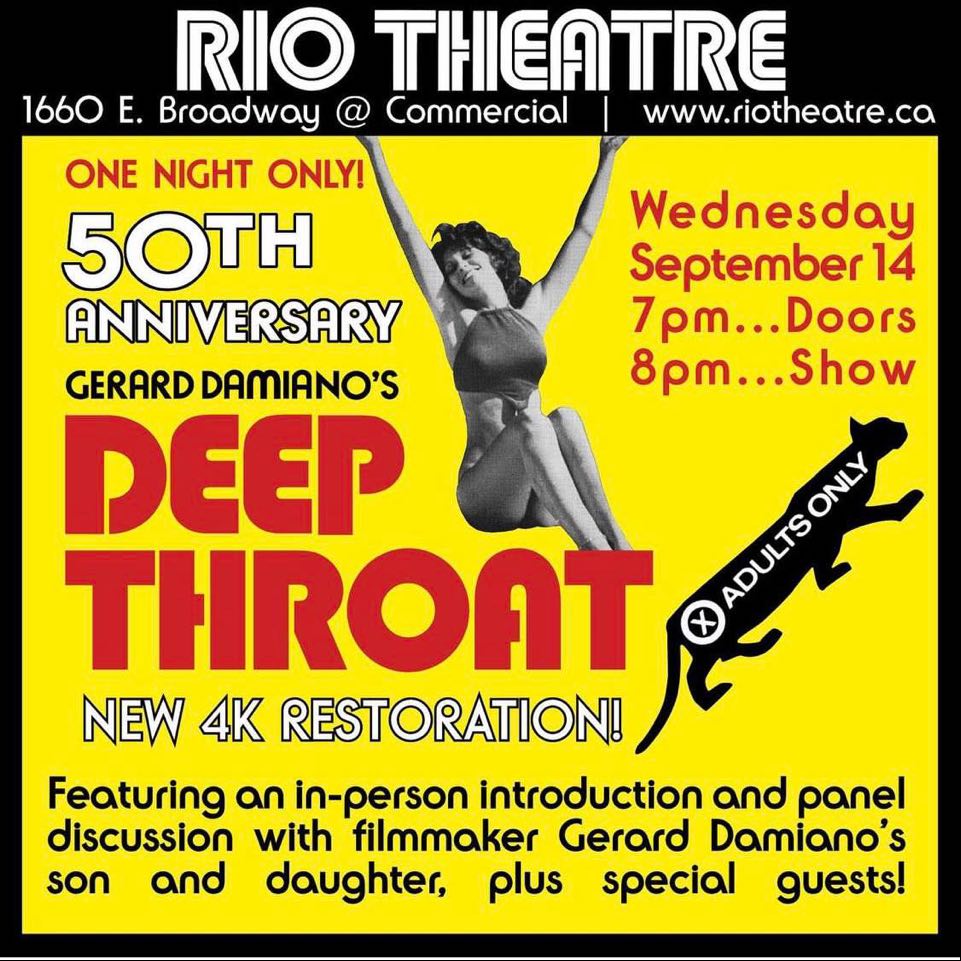 Linda, who was subjected to horrific abuse by her then husband Chuck Traynor, had previously revealed that she was raped in production of the film.

Almost 40 years ago, Linda (pictured below) told a US Senate panel,

“When you see the movie Deep Throat, you are watching me being raped. It is a crime that movie is still showing; there was a gun to my head the entire time.” 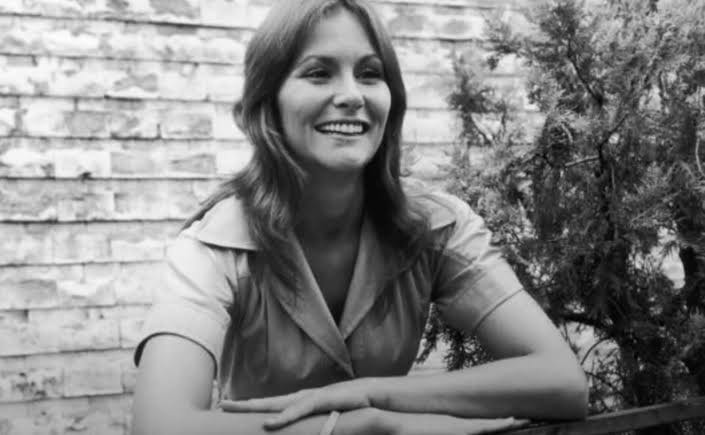 So why did Rio Theatre choose to broadcast – and profit from – footage of a woman being raped?

When social media users – including survivors of rape and sexual abuse – objected to Rio Theatre screening footage of Linda being raped, the theatre disabled comments on the Instagram post and deleted critical comments on Facebook. Basically, they were well aware of the objections to the film, and Linda’s statement she was raped, but wanted to screen the film anyway.

After several days of strong objections from around the world, and calls to boycott the venue, Rio Theatre shared a statement from the family of Deep Throat filmmaker Gerard Damiano. They claimed that Linda was wrong when she said she had been raped:

“If the star of ‘Deep Throat’ participated in the film against her will, we would NOT be showing it. If the film itself glorified or promoted misogyny, sexual violence, or violence of any kind against women, we could NOT stand behind it.”

Though, friends said that “she was simply desperate for cash.” What true agency is there for women in poverty when money functions as a method of coercing them into the sex industry?

The premise of the film was, however, that Lovelace’s character’s clitoris was located in her throat, and she experienced sexual pleasure by performing oral sex on men.

Lea said she was “very against censorship” – which apparently extends to “censoring” video of a woman being raped – and that a portion of the proceeds would be donated to WISH, a local organisation supporting women in the sex trade. They refused the donation.

The @RioTheatre is having a screening in CELEBRATION of Deep Throat. “Every time somebody sees that movie, they're watching me being raped... there was a gun to my head the entire time." Linda Boreman (aka Linda Lovelace) https://t.co/ZnFmlQlqAs

Disgusting @RioTheatre … you know full well that Linda Lovelace says she was raped, beaten and coerced and you show her humiliation and degradation proudly? Shame on you! pic.twitter.com/BuUxeUhV9i

If you were alerted to the fact that a movie you were planning to screen at your theatre featured actual rape, naturally your response would be to say the victim was wrong and screen the film anyway, right? @RioTheatre #RioTheatreRape #RapeCulture https://t.co/xHjbOtAQgv

The Rio is charging 25$ a ticket to watch Linda get raped all over again 50 years later. There will be a woke discussion at the end though, so it’s culture not pimping.

.@RioTheatre CEO Corrine Lea @shamelesslee claims those who object to Deep Throat haven't even seen it, and therefore cannot comment on it.

In broadcasting the rape of a dead woman, and ignoring and blocking those – including rape survivors – who objected, Rio Theatre has demonstrated exactly what they think of women.

A protest was held outside the event. Protesters held signs with slogans including “Rio Theatre celebrates rape culture tonight”, “Justice For Linda” and “Stop profiting off of Male Violence Against Women”.

Great turn out by Vancouver women at the Rio to protest the screening the rape and abuse. pic.twitter.com/7e1jMaQnr4

As survivors of the sex industry we know far too often we cannot share the truth of our experiences until we are out and away from our exploiters as is the case with Ms Boreman [stage name Lovelace]. Once she was free from her abuser she was very clear this film was done under duress and in her own words “When you see the movie Deep Throat, you are watching me being raped”. You have Google in your hand. Before the movie look her up and if after learning her truth, you choose to watch this film you will walk out of this theatre just another abuser.

“My initiation into prostitution was a gang rape”

Linda described her entry into the sex trade in her autobiography ‘Ordeal’:

When in response to his suggestions I let him know I would not become involved in prostitution in any way and told him I intended to leave, [Traynor] beat me up physically and the constant mental abuse began. I literally became a prisoner, I was not allowed out of his sight, not even to use the bathroom, where he watched me through a hole in the door. He slept on top of me at night, he listened to my telephone calls with a .45 automatic eight shot pointed at me. I was beaten physically and suffered mental abuse each and every day thereafter. He undermined my ties with other people and forced me to marry him on advice from his lawyer.

My initiation into prostitution was a gang rape by five men, arranged by Mr. Traynor. It was the turning point in my life. He threatened to shoot me with the pistol if I didn’t go through with it. I had never experienced anal sex before and it ripped me apart. They treated me like an inflatable plastic doll, picking me up and moving me here and there. They spread my legs this way and that, shoving their things at me and into me, they were playing musical chairs with parts of my body. I have never been so frightened and disgraced and humiliated in my life. I felt like garbage. I engaged in sex acts for pornography against my will to avoid being killed. The lives of my family were threatened.

We stand with survivors of rape and sexual abuse - not those who profit from it.