We confront execs at AGM

They asked Scentre Group’s Chair Brian Schwartz and outgoing CEO Peter Allen why they continue to sanction the now Playboy Group-owned sex shop chain Honey Birdette’s pornified representations of women in their shopping centres. We pointed out that these ads violate community standards and harm women and girls.

The response was the same old PR spin Westfield spouts when challenged on the issue - and it completely misrepresented facts. While Allen claimed Scentre Group “works with the ad standard agencies” and even Honey Birdette itself to "ensure" the sex store’s advertising meets community standards, it’s business as usual for Honey Birdette which continues to broadcast its porn-style ads in Westfield-hosted shop windows across the country.

With 58 recorded violations of the Australian Association of National Advertisers Code of Ethics to date, there is no way to defend a claim that Honey Birdette is “meeting its obligations” to uphold community standards in its shop window advertising. 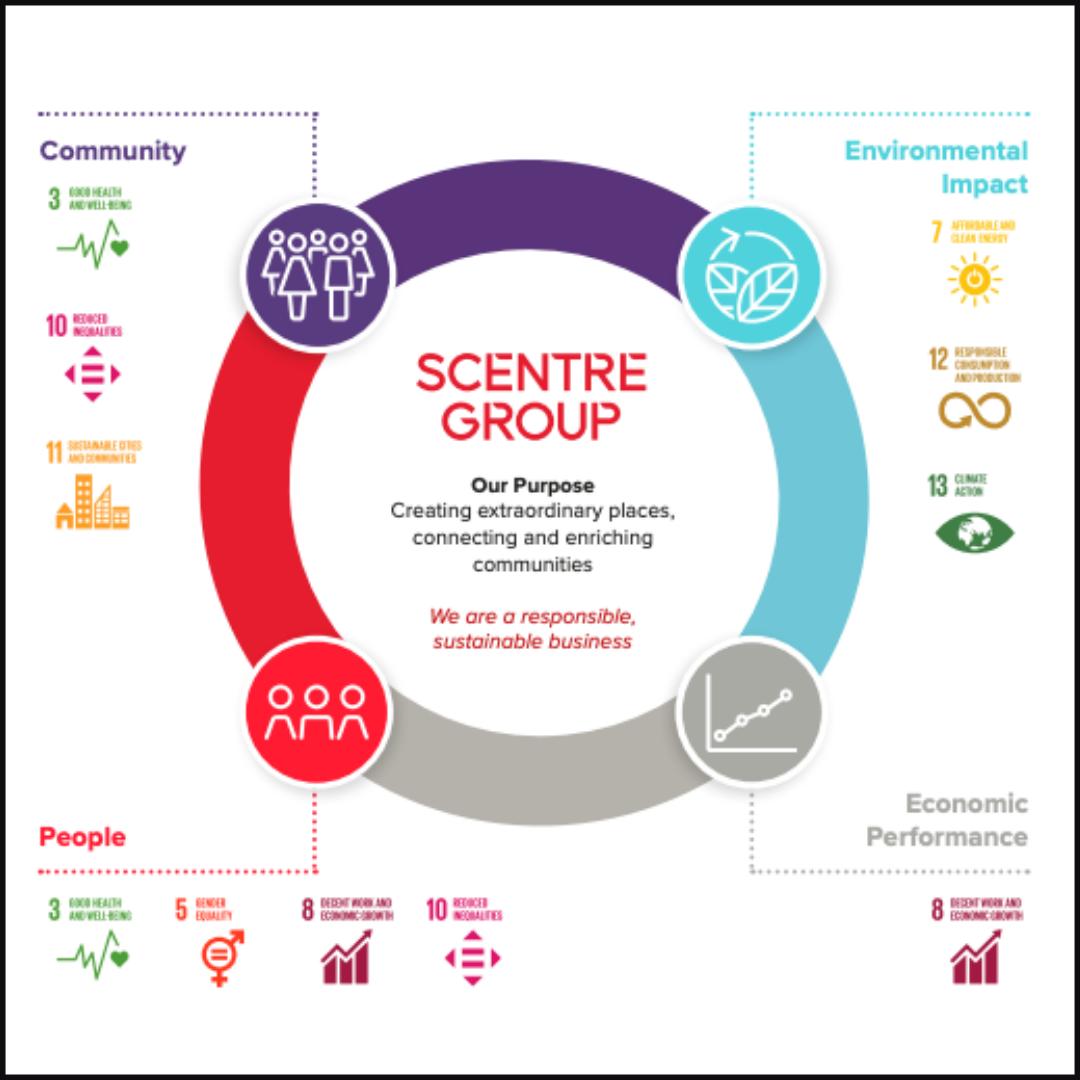 Brian Schwartz refused to address other questions to the Board, claiming they were “the same” questions which had been answered.

But they were not the same. We know, because we asked them. We wanted to know: 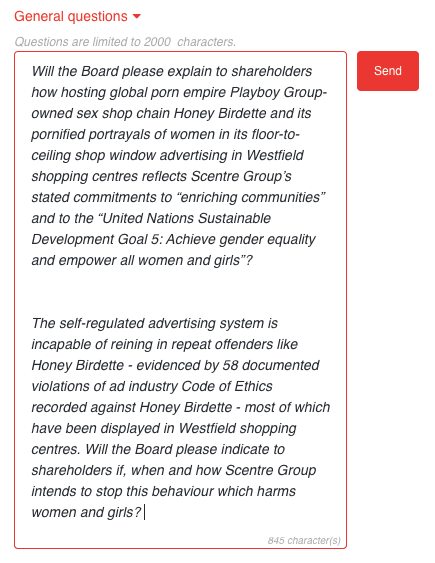 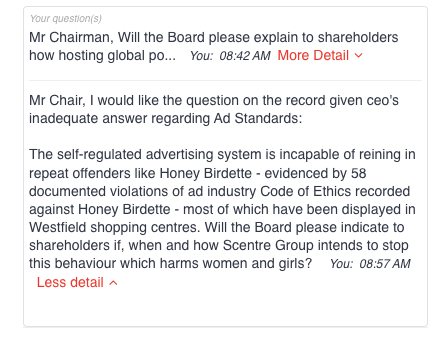 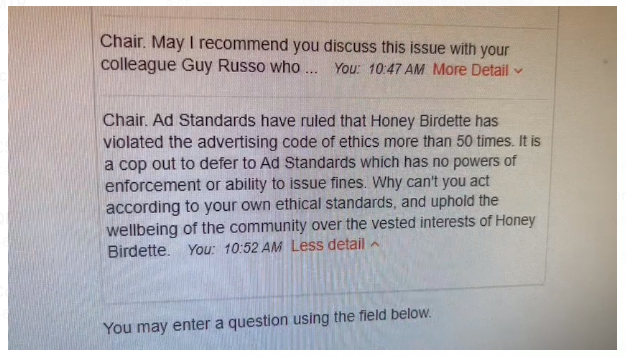