Via the Herald Sun 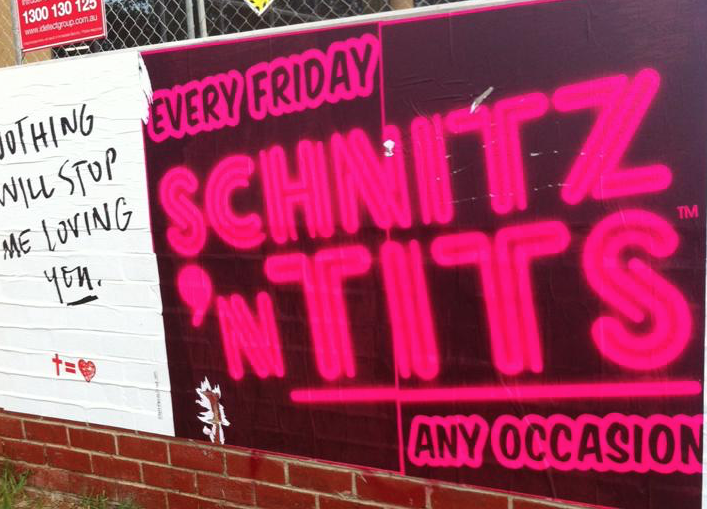 Jacqueline Gwynne, who lives near where some of the posters are plastered in Coburg, said she felt intimidated by the posters and regarded them as sexual harassment.

The posters have the words ‘Schnitz ‘n’ Tits’ displayed in large pink font.

“I feel really uncomfortable that women are reduced to body parts, with such a crass disrespectful word like ‘tits’,” Ms Gwynne said.

Collective Shout is a movement mobilising individuals and groups to target organisations that objectify and sexualise women to sell products and services.

“It suggests the most important part of being a woman, again, is sexual appeal and how appealing you are to men and a women’s role is to be sexually appealing to men.

“The commercialisation of women’s bodies is another reminder women are second-class citizens.”