"I'm calling for the immediate review of all Japanese anime movies currently accessible in Australia. I am also seeking the banning of particular titles I have referred to and, indeed, any other anime and manga featuring the abuse and exploitation of children, very much as a matter of urgency." - Senator Stirling Griff 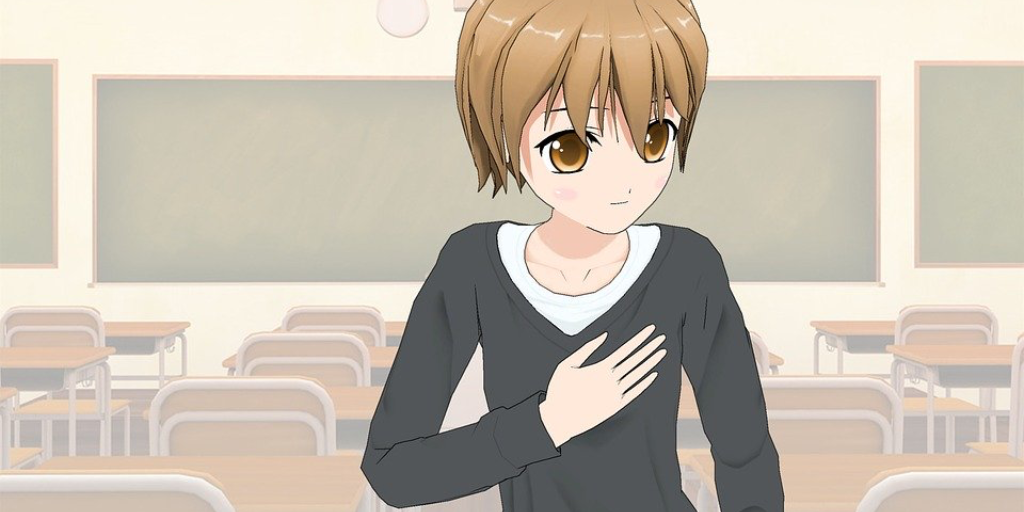 Centre Alliance’s Stirling Griff moved a motion on Wednesday calling for a ban on manga and anime depicting child sexual abuse “as a matter of urgency.”

"They contain depictions of wide-eyed children, usually in school uniforms, engaged in explicit sexual activities and poses, and often being sexually abused."

Japanese law exempts manga and anime from exploitation laws because the images do not depict real children.

In Australia, the production, possession and distribution of abuse material depicting a representation of a person who appears to be under 18 is illegal.

Senator Griff said despite local laws, there were a number of anime series that had received M and MA15+ ratings from the classification board.

Child exploitation is a global problem, heightened by modern technology and the myriad of platforms that are used to access such material. Only last week the heads of the three law enforcement agencies addressed the National Press Club warning of the problems Australia is trying to fight in respect to online child exploitation, and the Prime Minister said that he would kick down doors to save an abused child. As legislators, we have a critical role to play in stamping it out. There is much more to be done, and areas where we need to focus more attention, such as the child abuse material that comes into Australia via Japanese amine and manga.

Anime is a style of Japanese animation and manga are the graphic novels which serve as the basis for anime. They both share a unique visual style and they are popular the world over, especially amongst teenagers. But there is, unfortunately, a dark side and a disgusting side to anime and manga, with a significant proportion of the two media featuring child abuse material. They contain depictions of wide-eyed children, usually in school uniforms, engaged in explicit sexual activities and poses, and often being sexually abused.

Experts that advocate against child exploitation have referred to this type of anime and manga as a gateway to the abuse of actual children. Experts also say that explicit anime and manga can be used by paedophiles as tools to groom children. It makes me sick to the stomach to even speak about this.

So sexualised images are legal, provided they don't involve full nudity. How does that work? Every expert combating child exploitation will tell you that this is very wrong.

At the time of the 2014 changes to child pornography laws in Japan, lobbyists on behalf of the Japan Cartoonists Association argued that a total ban on explicit content would damage the entire industry. Their argument was that imaginary images, unlike real child abuse, mean that no-one is actually hurt. I don't buy that argument. Child pornography, even in animated form, is child abuse material. There is absolutely no question about it.

The law in Australia is very clear. The Commonwealth Criminal Code prohibits the sale, production, possession and distribution of offensive and abusive material that depicts a person, or is a representation of a person, who is or appears to be under 18. It is unambiguous.

My staff recently alerted me to a series that was distributed in Australia by Madman Entertainment called Sword Art Online. Sword Art Online appears in various media platforms from light novels, manga, anime and video games. The series takes place in the near future and focuses on protagonists Kirito and Asuna as they play through virtual reality worlds. One particular episode Sword Art Online: Extra Edition has an M classification, which allows children under 15 to legally access the material. This classification rating is advisory only and is described as having 'moderate impact', with no legal restrictions.

The movie undoubtedly features the abuse of children. In one explicit scene that takes place in the virtual world the character Asuna is raped by her captor Sugou, who threatens to also rape her in the real world, where she is lying in a hospital room in a catatonic state. He also states that he'll make a recording of the virtual rape to shame her as well. The rape, incredibly, is referred to as a 'fun party'. Asuna is chained and her clothes are ripped from her while Kirito is forced to witness the rape. Asuna is described as a 17-year-old girl.

In another scene high school girls are at a swimming pool and one of the girls indecently assaults another character by repeatedly squeezing her breasts and bullies her because of her physicality. The Classification Board's decision report for this movie justifies the M rating by saying that the nudity through the film is 'moderate in impact' and 'justified by context'. How can the sexual assault of a child, even in animation, be justified by context?

Further research by my staff uncovered another series called No Game No Life. This series is hypersexualised and features incest themes between the two main characters: brother and sister Sora and Shiro. The Classification Board's decision report for No Game No Life states:

Throughout the material the female characters are frequently depicted in sequences that feature panning visuals of or close focus on their crotches, breasts, legs and/or buttocks.

They are describing images of children. These images are in contravention of the law, plain and simple.

The worst anime my office discovered is Eromanga Sensei. The plot is beyond what any person would consider normal or appropriate. The series features 12-year-old Sagiri, who draws pornographic manga while her 15-year-old stepbrother writes the books. Revealing clothing and sexually provocative poses are frequently depicted throughout the series, with the characters seen copying these poses and referring to genitalia. The series also heavily features incest themes, and many scenes are so disturbing I just won't—I just can't—describe them.

The Classification Board appears to be making decisions in isolation to criminal law. This must stop. There is also the issue of explicit manga graphic novels, which are not vetted at all by the Classification Board. Often, the images they contain are more harrowing than anime. This must also change. The rape of children is abundant in manga, like the series Goblin Slayer, which, in my office, we showed to a number of people today and they were absolutely horrified. In Goblin Slayer children are often portrayed as frightening or resisting but they're also shown as enjoying sexual abuse—enjoying it. As I've said, experts say that paedophiles are using this material to groom children: 'Have a look at this; this is normal.' It's certainly not normal.

I've already made a submission to the review of Australian classification regulation, currently underway, to raise these issues, but we cannot wait for the review findings. We must act now. The Australian Federal Police have said that they do not condone any form of child exploitation or activity of any kind that reinforces the sexualisation of children. I agree, and I think they must look at this material urgently.

I've written to the Minister for Home Affairs about the issue and to the Minister for Communications, Cyber Safety and the Arts. I'm calling for the immediate review of all Japanese anime movies currently accessible in Australia. I am also seeking the banning of particular titles I have referred to and, indeed, any other anime and manga featuring the abuse and exploitation of children, very much as a matter of urgency. I've also written to the Japanese justice minister in relation to these issues. I expressed my hope that the Japanese government will open its eyes to the insidious effect of these materials and take action to put the best interests and safety of children above all. South Korea has managed to ban anime and manga of images of child sexual abuse. The safety and wellbeing of children in Australia must be a paramount consideration for all of us in Australia and across our borders.

"The Special Rapporteur has repeatedly mentioned the danger of sexually exploitative virtual representations of children in subgenres of manga, anime, computer graphics and video and online games that contain depictions of extreme child abuse material. Despite the toughening of legislation in some countries, this type of child abuse material can still be accessed and purchased online."