Nordic/Equality Model needed to end sexploitation of women and girls 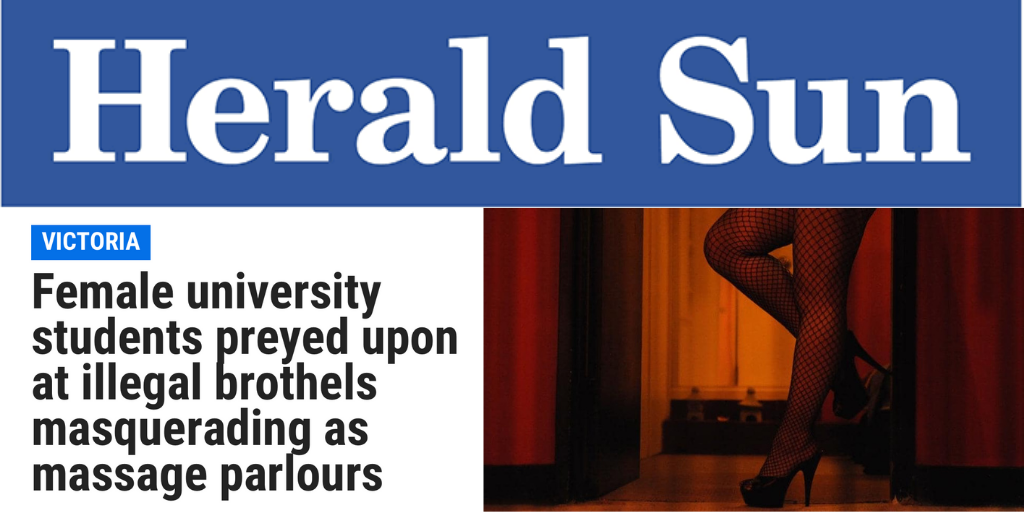 Melbourne uni students - young, female and predominantly Asian - are being targeted by the predatory sex industry during COVID-19.

Details of the illegal brothels were found on an online sex forum, where men ‘rate, shame and demean’ prostituted women. The forum revealed that the industry intentionally targets students who will offer lower rates to secure customers during vulnerable COVID times.

Quoted in the Herald Sun, Campaigns Manager Caitlin Roper who has conducted extensive research on one of Australia’s top sex buyer review websites and authored a chapter in Prostitution Narratives on men who buy sex, said:

We need to implement the Nordic/Equality model of prostitution legislation which focuses on ending male demand for women and girls for sexual exploitation, while decriminalising individuals selling sex and offering them pathways to leave the industry.